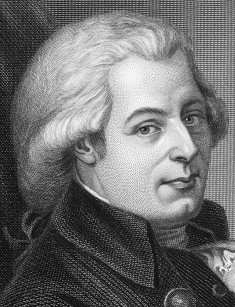 Wolfgang Amadeus Mozart was born in Salzburg on January 27, 1756. His father was Leopold Mozart, the composer and violin player who worked at the court chapel belonging to the Baron Sigismund von Schrattenbach, the Prince Archbishop of Salzburg. The mother of the famous musician Anna Maria Mozart (nee Pertl) came from the family of the Sankt Gilgen deputy perfect.

Overall, seven children were born in the family, but unfortunately, most of them died in infancy. Anna and Leopold’s first surviving child was the girl Maria Anna who was called “Nannerl” by her nearest and dearest. The labor was extremely difficult, and doctors were afraid it would be fatal for the mother. Still, Anna recovered in a while.

Since the early age, both children fancied music and demonstrated fascinating abilities. When the father started teaching Nannerl how to play the harpsichord, her younger brother Mozart had not even turned 3. However, the small boy was so excited by the sounds he could hear during Nannerl’s lessons that he often approached the instrument, touched the keys, and found pleasant sound combinations. Moreover, he could even play some fragments of the musical works he had heard before.

At the age of 4, the father began to train Wolfgang to play the harpsichord as well. Soon, the boy got bored by learning other composers’ minuets and music pieces; when Mozart was 5, he was also engaged in creating his own small music pieces. Wolfgang mastered playing the violin at 6, and almost nobody helped him to do it.

Nannerl and Wolfgang never went to school: Leopold gave them an excellent home education. Young Mozart was always enthusiastic when he studied, no matter what subject it was. For example, if it were mathematics, all surfaces in a room were covered with figures, math problems, and equations written in chalk just after the boy received several math lessons.

The 6-years-old child prodigy was so good at music that he could give concerts. Nannerl’s voice was a wonderful addition to his inspiring play: the girl sang magically. Leopold Mozart was so impressed with his children’s music talents that he decided to go to different European cities and countries for a long tour. He hoped this travel would bring them a great success and considerable benefit.

The family visited Munich, Brussel, Cologne, Mannheim, Paris, London, Gaaga, and several Swiss cities. The tour lasted for many months. The family came back to Salzburg for a short period to start touring again for several years. At this time, Wolfgang and Nannerl gave performances to awed audiences and visited opera theaters and famous musicians’ concerts together with their parents.

In 1764, the first four sonatas for violin and clavier by young Wolfgang were published in Paris. In London, the boy was lucky to be taught by Johann Christian Bach, Johann Sebastian Bach’s youngest son. The virtuosic musician immediately recognized the child’s genius and gave him many useful lessons.

Throughout the years of traveling, the children who could not boast the robust health, got tired, so did their parents. For instance, Leopold got very sick in London. In 1766, the miraculous children and their parents came back to their native city.

The father helped 14-year-old Wolfgang Mozart visit Italy; the country was astonished by the young virtuoso’s talent. In Bologna, he successfully participated in special music competitions at the philharmonic academy; many musicians were old enough to be Mozart’s father.

The young genius’s skills impressed Bologna Academy so greatly that he became its academician, even though this prestigious title was awarded only to the most successful composers who were no younger than 20.

As the composer returned to Salzburg, he threw himself into creating various sonatas, operas, quartettes, and symphonies. The older he grew, the more courageous and original his works were and the less they were similar to the works of the musicians Wolfgang used to admire in his childhood. In 1772, he met Joseph Haydn who became his main teacher and closest friend.

In the course of time, Wolfgang got the job at the archbishop’s court, just like his father. He got many orders, yet the situation worsened when the old bishop passed away and his successor arrived. The travel to Paris and large German cities in 1777 was the breath of fresh air for the young man; Leopold Mozart obtained the permission for his talented son from the new archbishop.

At that period, the family encountered serious financial issues, and only the mother could accompany Mozart in this journey. The grown-up composer gave concerts again, but his bold works were not like the classic music of the epoch; besides, the audience was not moved by the adult person’s appearance. Thus, the genius was not welcomed as he used to be. Exhausted by the long and unfruitful journey, Mozart’s mother passed away. The composer came back to Salzburg.

Peak of the career

Despite his financial problems, Wolfgang Mozart had been dissatisfied with the way the archbishop treated him. The composer did not doubt his musical genius and resented that his employee saw him as a mere servant. Thus, he ignored all norms of decency and family’s persuasion and decided to resign and move to Vienna in 1781.

This is how the composer met Baron Gottfried van Swieten who patronized musicians at that time and had a wonderful collection of Handel’s and Bach’s works. Following his advice, Mozart tried to create baroque music to enrich his art. At that period, Mozart tried to get hired as the music teacher for the princess Elisabeth Wilhelmine Louise von Württemberg, but the emperor preferred the voice teacher Antonio Salieri.

Wolfgang Mozart’s career peak took place in the 1780s when he created his most famous operas: “The Marriage of Figaro,” “The Magic Flute,” and “Don Juan.” At this time, he also created four parts of the popular “A Little Night Serenade.” The composer’s work was in demand, and he received the biggest fees in his life.

Unfortunately, the period of the artistic renaissance and public recognition did not last long. In 1787, his dear father died, and Mozart’s wife Constanze Weber had shin ulcers whose treatment requited some significant money.

The overall situation became even worse when the emperor Joseph II passed away and emperor Leopold II took his place. Unlike his brother, the new leader did not like music, so composers could not count on the new monarch’s favor.

Constanze Weber was the only wife of Mozart. Wolfgang met Constanze in Vienna when he had just moved to the city and rented a room in the Weber family.

Leopold Mozart did not encourage this marriage since he believed her family was seeking “a good catch” for Constanze. However, the couple married in 1782.

In 1790, Constanze was undergoing a treatment, and the composer lacked finances desperately, he decided to give several concerts in Frankfurt. The famous musician whose personality was the symbol of progressive and breathtakingly beautiful music was welcomed warmly, but concert funds did not meet Wolfgang’s expectations and hopes.

In 1791, the composer enjoyed an unprecedented artistic upheaval. He created “Symphony No. 40” and the unfinished “Requiem” not long before his death.

In the same year, Mozart got sick badly: he was suffering from faintness, his arms and legs were swollen, and he had sudden vomiting. Wolfgang Mozart died on December 5, 1791; the official cause of death was acute rheumatic fever.

Today, some people continue to think that Mozart was poisoned by the then-famous composer Antonio Salieri who, unfortunately, was not as genius as Mozart. The “little tragedy” written by Aleksandr Sergeyevich Pushkin contributed to the popularity of this explanation. However, there has been no documented evidence supporting this theory whatsoever. 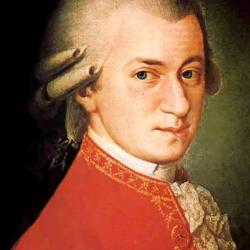