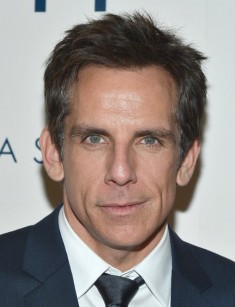 Ben Stiller is a Hollywood comedian, a dramatic actor of theater and cinema, director, producer, and screenwriter. Stiller became popular playing roles in the movies There's Something About Mary, Night at the Museum, Meet the Fockers, Tropic Thunder, The Secret Life of Walter Mitty and Zoolander.

Benjamin Edward Stiller was born in New York in November 1965. The actor's parents are famous comedians Jerry Stiller and Anne Meara. When Ben was born, there was 4-year-old daughter Amy in the family. Children grew up in a creative atmosphere and often observed the work of their parents on the set. It's no wonder that Ben and Amy chose an acting profession.

Upon graduation from school in 1983, Ben Stiller entered the University of California, choosing the Department of Film and Media Studies. After nine months, Ben returned to his native New York, where he began attending acting courses.

Stiller debuted in the cinema playing in a 10-minute parody of the Martin Scorsese film The Color of Money. The short film was released in 1985. It is noteworthy because the director of the film was Ben Stiller himself. The American NBC channel purchased this work and a number of other Stiller’s short films. Directors noticed Benjamin, who shot these films and also played in them.

Actor's breakthrough on the big screen was in 1987 when he played in the famous Steven Spielberg’s movie Empire of the Sun. The plot the film tells about the plight of a British boy, who lived in a respectable area of Shanghai and was captured with his parents in an internment camp. The film won several awards, and the actors became very popular.

1989 marked a new period in Ben Stiller's biography. After several performances in the popular Saturday Evening Live show, Ben was offered to become a TV presenter of a humorous program titled Ben Stiller Show on MTV. The actor took two more comedians - American actress Janeane Garofalo and actor Andy Dick. Throughout the year they make the audience laugh with brilliant ad-libs and anchors.

In 1994, Ben Stiller continued to work both as a director and an actor. The actor shot the comedy Reality Bites. The shooting took place in Austin and Houston and lasted for 42 days. The story tells about four friends (Stiller played one of them), who studied together, and after graduation, they faced previously unknown difficulties of real life. Ben Stiller managed to show these difficulties in a humorous style. Although the movie did not win awards, viewers liked it. The star cast of the comedy provided her with considerable success, and it became a successful debut for Stiller in the role of the director of a full-length film.

In 1996, Benjamin Stiller continued his work as a director, shooting the film The Cable Guy. This is a black comedy and drama at the same time, where Jim Carrey played the main role. The director himself played a bit part there.

Ben Stiller’s next starring role was in the film There's Something About Mary, which he considers one of his best works. This is Farrelly Brothers' romantic comedy, which tells about hero Ted, who decided to find the girlfriend 13 years after their breakup.

The role of Ted took Ben Stiller to the cinema stardom. Comedies with the participation of the actor immediately became the top-grossing films in Hollywood. The most prominent films are Meet the Fockers, Zoolander, The Heartbreak Kid and Along Came Polly with Jennifer Aniston in the main role. Despite the fact that all these projects brought huge sums to the creators, Stiller was nominated for the Golden Raspberry Award for them.

In 2008, a new comedy Tropic Thunder was released. Its director was Stiller. This is a parody of many popular Hollywood movies about the war. Ben not only starred there but for the first time, he was a screenwriter. Stiller gathered a star cast in this project. The comedy was a huge success and won many awards, including nominations for Oscar, BAFTA, Golden Globe and Screen Actors Guild Award.

One of Ben Stiller's best works of recent years is the movie The Secret Life of Walter Mitty. The Hollywood comedian acted not only as a director but also as a performer of the lead role. Ben Stiller played Walter Mitty. Stiller's hero is an average clerk who leads such a quiet and boring life that he cannot think of what to write on a dating site even with the help of a consultant. The adventures of a hero, who works in a photo archive of a popular magazine, beginning with the loss of a picture intended for the cover of the magazine. Walter Mitty goes in search of a travel photographer, reveals his own forgotten talents, and visits exotic places.

At the same time, Ben Stiller’s role was rather dramatic and realistic than comic. The film was shown in late 2013 and was included in the top ten best movies of the year according to the National Board of Review of Motion Pictures.

Later, Ben Stiller did not give up comedic roles. In 2013, the actor appeared in the comedy He's Way More Famous Than You. In 2014, the actor played the main role of Josh in a comedy with elements of drama While We're Young. The plot tells about a married couple, who faces the relationship crisis.

Ben Stiller is actively engaged in charity for many years. He has worked as a politician too. Stiller is a member of the Democratic Party.

In the spring of 2000, Benjamin married. The actor's wife is Christine Taylor. Ben played with her in the movies Zoolander and Dodgeball: A True Underdog Story. The couple lives in the Hollywood Hills and has two children: daughter Olivia, born in April 2002, and son Quinlin, born in the summer of 2005. The best friend of the actor and director is actor Owen Wilson, with whom Benjamin starred in eight films.

In 2016, Ben Stiller returned to the role of model Derek Zoolander in the comedy Zoolander 2. Stiller appeared on the screen in the role of a model again, while the actor's parameters are far from modeling (Stiller's height is 170 cm). Zoolander has already lost popularity, so he agrees to help a special fashion detective (Penelope Cruz) to investigate a series of murders of celebrities, hoping to return to the catwalk with a triumph.

In 2017, the actor played a major role in the comedy Brad's Status. Stiller's hero, Brad Sloan, considers himself a successful man. Brad has a home, a family, a job, and his son is even going to enter Harvard. Everything changes when Sloan finds out that former classmates have outperformed him in everything.

In 2017, the tragicomedy The Meyerowitz Stories was shown at the Cannes Film Festival. Ben Stiller played there. Two famous Hollywood comedians Ben Stiller and Adam Sandler played together for the first time, which actor’s fans waited for a long time. 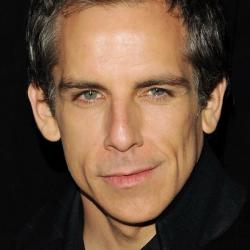