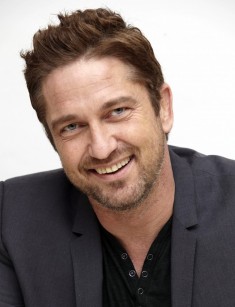 Gerard Butler is a Scottish actor, who became popular after such films as The Phantom of the Opera, 300, The Ugly Truth, Law Abiding Citizen, RocknRolla, Olympus Has Fallen and London Has Fallen.

Actor Gerard Butler was born on November 13, 1969, in Scotland. He was the third youngest child in the family. Gerard was barely six months when the parents moved to Canada. The father wanted to establish his own business. However, all attempts ended in failure, and the man blamed his wife and children. In the end, Gerard's mother filed for divorce. In 1972 she together with her children returned to Scotland and she soon got married again.

Gerard Butler was fond of martial arts, and he was good at it. There was the cinema nearby and the boy liked to go there with his mother. Little by little, he became interested in cinema and tried to persuade the mother to take him to audition.

Gerard was admitted to youth theatre. He played a small role in the play of the Royal Theatre at the age of 12. Mother was not happy about his son’s hobbies, she considered acting desipience. The boy was a good student at the school, and after graduation, he did not want to upset the mother and entered School of Law. Upon graduation, Butler went to Los Angeles as he did not give up the acting dream. However, the capital of world cinema met him unfriendly. He was only a background artist in the movie The Bodyguard.

In the same period, Gerard found out that his father had cancer. They had not met for 14 years, but the guy pushed the matters aside and went to his father to Canada. He was there until his father’s death, and then returned to Scotland.

Gerard Butler took a position as a trainee lawyer at a large law firm, he could have had a good future as a lawyer, but the work did not satisfy him. He became depressed and he gradually addicted to alcohol. He tried to commit suicide and fought in crying jags. Butler was on the edge of a precipice as he drank with everyone without exception. He was dismissed from work. Gerard went to London after demission, hoping to get a role in the theater or in the movies, but it did not work. He worked as a waiter, showed children toys. After a few months of such toil, he finally took into the theatre as an assistant of a casting manager. One day he plucked up courage and asked the director to cast him and the latter agreed. After the audition, Gerard Butler got his first role.

After a while, he appeared in the play In the Game, which he always admired. It was the start of Butler’s career.

He made his debut in the film Mrs. Brown in 1997. The role was small, his character swam in the icy water and went to the hospital with hypothermia. In the same year, he received two minor roles. Then, comedy TV series Lucy Sullivan is Getting Married to Gerard Butler was shown on the screen. The new century began with minor roles in Shooters and Harrison’s Flowers.

The actor got the first starring role in the films Dracula 2000 and Attila the Hun. He had to get rid of the Scottish accent for a long time. These roles brought Butler popularity, and he soon signed a contract with a new agency. In 2000-2003, he played in the TV series Sequestered, the films Reign of Fire and Timeline, later in Lara Croft with Angelina Jolie.

A significant point in his career was the musical The Phantom of the Opera, where he played in 2004. Box office exceeded $ 150 million, the film was nominated for Oscar three times and received a dozen prestigious awards. The actor performed each solo himself. However, the shooting was difficult, but Gerard Butler coped with it.

The king of Sparta Leonidas in 300 belongs to his iconic roles. Butler trained in the gym for 6 months for this role to bulk up and he mastered the art of sword combat. MTV Movie Awards recognized the actor as “the Best Fighter”.

The audience greeted warmly such movies as RocknRolla. Empire magazine called it the best British film of the year. In 2010, the movie The Ugly Truth was released on the screens, where Butler showed himself as a comedy actor. Another comedy The Bounty Hunter was released in the same year. One more famous project of that period was the film Machine Gun Preacher.

In 2013, the actor played a major role in the action movie Olympus Has Fallen. Butler's character Mike Banning is a former U.S. secret-service agent. Mike worked as a presidential guard when the presidential cortege got into an accident. Mike had the opportunity to save only one passenger and Banning saved the life of the president. The guard was accused of the first lady’s death and transferred to paperwork, and dismissed from operations. The delegation from South Korea comes to the White House 18 months after the incident, and North Korean terrorists have secretly infiltrated into it. Only Mike is familiar with the presidential security system outside the captured White House, and he can save the Head of State.

Gerard Butler is rich and popular, but still lonely. The information about actor’s love affairs sometimes appears in the press. He dated with assistant Tonya for two years and officially confirmed that she was his girlfriend. The relationship did not work.

Then Gerard Butler was in a relationship with model Madalina Ghenea, but they broke up. The press wrote about his relationship with Jennifer Aniston, Jessica Biel, and others. In 2014, the actor met a new love, Morgan Brown.

Gerard does not have stardom disease, he is very passionate about his fans, takes pictures with them and signs autographs with pleasure. He is called the most benevolent actor in Hollywood for his friendliness and patience. The actor regularly posts his photos on Instagram, where Gerard already has a million followers.

In 2016, The Fall of London, a sequel to the action film Olympus Has Fallen, was released on the screens. Gerard Butler continues to play the lead role of Mike Banning, who, after the events of the previous film, becomes the main agent of the US president secret service. The sequel is set in the UK. Heads of different countries fly to London on the funeral of the Prime Minister of Great Britain. Such a number of leaders in one place became the desired goal of terrorists. Agent Mike again has to save the world from a fall and crisis.

The same year, the actor played in an adventure fantasy film based on ancient Egyptian mythology Gods of Egypt, in the role of the main antagonist Set. As in the Egyptian myth, the god of the desert Set kills his own brother Osiris to usurp power. The film is made in the genre of fantastic fiction, but not in epic or fantasy. The picture is filled with new technologies, and the gods wear biomechanical armor.

Critics did not appreciate this approach. The film was accused of the excessive abundance of computer graphics, simplifying of the Egypt mythology to include it into the ordinary plot, as well as an unsuccessful selection of actors in terms of skin color. Director Alex Proyas sharply responded to criticism and accused film critics of blatant political correctness and lack of personal opinion. According to the director, they criticize Gods of Egypt not because of its quality, but for the sake of meeting trends and general moods.

The same year, Gerard Butler played the main part in the American-Canadian drama A Family Man. It is a classic film about the choice between career and family. The actor’s hero is an employee of the Blackridge Recruiting Agency. He was promised promotion if he passed over his counterpart colleague. But at the same time, the recruiter finds out that his son is sick with cancer and needs constant help and care.

Another film with Gerard Butler in the major role will appear on the screens in late October 2017. It is a fantastic disaster film Geostorm. 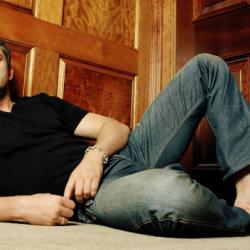