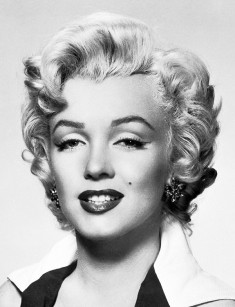 It has been more than 50 years since the mysterious death of the famous actress, inimitable blonde, the picture of the American dream – Marilyn Monroe. However, the interest in her personality, biography, and death circumstances does not fade away. Initially imitating the gorgeous Jean Harlow, Marilyn became the iconic figure for Hollywood actresses later.

Apparently, this popularity demanded the strong character, intelligence, and sense of purpose from the young diva. Unfortunately, Marilyn was perceived only as the personification of sex appeal until the end of her life – she would be seen as a perceptive, powerful woman later.

Norma Jean Mortenson was born in Los Angeles, California, on Junу 1st, 1926. The girl was the Gladys Baker’s third child – the woman had a son and a daughter from the previous relationship. Gladys broke up with Marilyn’s father a couple of days before their daughter was born. In the birth certificate, the mother provided fictional information that she had no children alive. It is unknown who the father of the Hollywood star was. As an adult woman, the actress claimed the certificate information about the father was false and her biological father was some Charles Stanley Gifford.

The would-be star childhood was full of harsh ordeals. Because Delia, Gladys Baker’s mother, refused to accept the child in her house, the girl had to be given to the foster family – the Bolenders who held a family-type children’s home. Gladys was paying for everything necessary for the daughter from food to going to the movies.

In 1933, the mother took Norma, but in a year, the girl was alone and unprotected because Gladys was taken to a hospital with a nervous breakdown. The best friend of the girl’s mother McKee took custody. Unfortunately, Norma’s misadventures were not over.

In 1934, Grace McKee married; because the newlyweds had not enough money to support themselves, let alone Norma, they put the girl in the orphanage again. The girl would spend time either there or with some relatives or friends of her mother. Later, the actress was recalling that her teenage years became a severe challenge for her because the members of the houses where she lived tried to rape her several times.

At 15, Norma met James Dougherty and married him soon. The marriage gave the girl opportunity not to go back to the orphanage when another “virtuous people” would reject her.

At 17, the actress began to work in the aircraft factory Padioplane. In 1944, the photographers of the United States Airforce were sent to this object to create propaganda-oriented photos to support the Second World War soldiers’ morale. At that time, Norma met David Conover, the photographer who offered the blonde to work as a model. It is unknown what attracted the man in this pretty, but ordinary girl. This meeting turned out to be critical in the world’s star’s fate. In January 1945, Norma left the factory and began to earn by being a model for Conover and his fellow photographers.

David recommended the young girl to go to a modeling agency. By August, she had signed a good agreement. At that time, the young model was advised to change her image and assume a pseudonym. Norma had her hair dyed in platinum blond and worked under the name of Jean Baker. The new image brought popularity: the woman became a successful model in a short time. That was how the billionaire and media baron Howard Hughes saw her – he became interested in starring the attracting blonde in movies.

As Ben Lyon, the 20th Century Fox executive producer, insisted, Norma changed her name again – she took her mother’s maiden surname, and Ben recommended her the name Marilyn because Norma reminded him of the Broadway diva Marilyn Miller. This is how the globally known name Marilyn Monroe appeared.

For a long time, the actress was not offered roles on the big screen, but it did not upset her. In her spare time, the girl would learn dancing and singing and get acquainted with movie-making. In 1947, the contract with the actress was renewed. Before the contract expired, Marilyn had several roles that did not attract much attention but gave her the change to obtain experience to continue her career.

In 1948, Monroe resumed her model career and sealed a new deal with Columbia Pictures in March. Working in this studio did not bring the young woman glory or outstanding roles, but it helped her grow as an actress. Marilyn met several talented stage professionals who gave her several valuable recommendations concerning her image and appearance.

In 1950, the movie star came back to 20th Century Fox and got her first role that made the audience notice her. In the movie “The Asphalt Jungle,” Monroe was shown only several minutes, but movie critics positively responded to the young actress’s work. In several months, another movie with Monroe “All About Eve” was out. It became a Hollywood classic movie that won 6 Oscar awards, and the media reviewed it enthusiastically. The young Monroe also received her fame.

1951 was a highly successful year for the actress. She starred in several comedies, critics and journalists favored the young star and predicted she would soon become famous. That is how it happened. Besides, it was the actress’s scandals related to juicy affairs that influenced her popularity – they were numerous, from the discovered nude photos of Monroe to her difficult personal life.

In 1952 and 1953, Marilyn became famous as a movie diva, sex symbol, and the hottest actress in the USA. The young and charismatic actress starred in a wide range of successful movies, and many Hollywood stars, such as Cary Grant, Fred Allen, and Jane Russell, became her stage partners.

The reputation of a sex symbol was reinforced by Monroe’s participation in the movie “The Seven Year Itch,” and the episode with the “flying skirt” (white dress) is considered legendary. Unfortunately, at that time, the image of a “pretty dumb blonde” took root, and the star never got rid of it.

The songs performed by Monroe are also remembered in the world. The song “I Wanna Be Loved By You” from the movie “Some Like It Hot” became especially popular.

For some time, Monroe did not accept the offers that were stylistically different from the usual works. The movie star said she would like to create a serious dramatic image, but nobody would risk conducting such an experiment for a long time. Only in 1961, a couple of months before her death, in the movie “The Misfits,” Monroe played the character Roslyn Tabor, a sensible and sensitive person looking for the human warmth, not a marriage or adventures.

The movie diva was constantly involved in the scandals associated with numerous love affairs. The future star’s first marriage to the American baseball player Joe DiMaggio lasted several years officially, but actually, the spouses stopped having feelings to each other in six months after the ceremony.

In 1955, Marilyn married Arthur Miller about whom she was talking with admiration and respect. In this marriage, she tried to become a mother, but рук pregnancy turned out to be abdominal. The couple divorced in 1961. Soon, the playwright committed suicide under murky circumstances.

There were persistent rumors about the love affair between Marilyn Monroe and the US President John Kennedy and his brother Robert, but official sources provided no confirmation of it.

Marilyn Monroe is the picture of femininity and symbol of beauty. In the American actress’s appearance, figure (her height was 166 cm, her weight was 52 kg), charm, and creative character, there is an inapprehensible spark of talent.

The world movie legend is assumed to have had rhinoplasty – it is proven by the records of the Hollywood star’s plastic surgeon Michael Gurdin. According to the American medical professional’s note, Marilyn had a nasal septum trauma which she probably had because of falling.

The American actress’s life was a grand love affair where the fairy tale, love history, and detective mixed. The fate of the beautiful, famous, and endlessly wretched woman bothered scientists who even tried to analyze each event of her life. The unhappy marriages, dozens of abortions, and being in a psychiatric facility make consider the other side of the Hollywood legend’s life. Having learned the world movie legend’s life, the psychoanalysts Susan Israelson and Elizabeth Macavoy named a specific kind of the inferiority complex after her – the Marilyn Monroe syndrome.

The movie diva passed away in 1962 at the peak of her career. It provoked numerous speculations and versions concerning the case, and the American society immediately started talking about Marilyn’s death reasons.

It is known that the actress’s body was found by her housekeeper Eunice Murray. Monroe was lying on the bed, squeezing the hand-set, and there were empty bottles of oils scattered all over the room. The doctors who arrived at the scene confirmed the first guess: the actress died because of the sleeping pills overdose.

The position of the body (Marylin was lying, stretched out, her face down the pillow), the weird fact that Marilyn left no suicide note, and that her behavior showed no possibility of such a desperate step make think that the star’s death was not accidental. Besides, the constant rumors about the relationship between the Hollywood actress and President Kennedy added the political coloring to this tragedy. The secrets of the star’s death remain hidden.

However, according to the official version, the famous blonde committed suicide. One thing is known for sure: with Monroe’s death, Hollywood lost the bright icon of style who had managed to become a living legend.

After the actress’s death, the American director often tried to tell the story of her life first. In 1966, the director Terry Sanders created the documentary movie “The Legend of Marilyn Monroe.” This movie was to be called the most truthful work in which the authors tried to show the actress from different perspectives and simultaneously make her figure realistic. In the movie, the director John Huston also represented the personality of the actress in an unusual way. Before, it was Huston who offered the movie star to take part in the movie “The Misfits.”

The rapid, splendid, and tragic fate of the mysterious woman who turned from a simple girl into the symbol of the epoch is the dramatic story of the 20###sup/sup### century that conquered minds and hearts of millions of people. 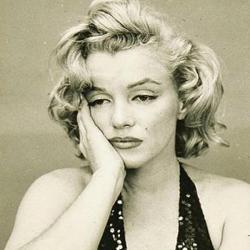