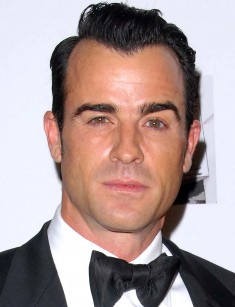 Justin Theroux is a famous American actor, screenwriter, and director. He began his career with small roles on the stage but gained popularity of the audience in the cinema. Justin starred in such films as American Psycho, Duplex, Wanderlust and The Girl on the Train.

He was born in the capital of the United States. Justin's mother, Phyllis Theroux, was a writer and wrote articles for The Washington Post. The actor’s father, Eugene Theroux, was a lawyer. It is worth mentioning that the famous writer Paul Theroux, a Literature Nobel Prize laureate, is Justin’s uncle.

When Justin went to Lafayette Elementary School, he wasn’t thinking about his future profession.

Theroux wasn’t a diligent boy. He often had conflicts with teachers and peers. As a result, the young man was expelled from school several times.

He graduated from Buxton School in Massachusetts, famous for its strict discipline. There he regularly participated in student performances and fell in love with the stage. The young man’s character changed.

After graduation, Justin Theroux went to Vermont and entered Bennington College, where he studied acting and received a Bachelor of visual arts and drama. The young actor was invited to the theaters, but at the beginning of his career, Theroux did not participate in some notable performances.

After a while, Justin met the comedian Ben Stiller. Stiller had a positive impact on the beginning actor.

Justin focused on the cinema and, as life showed, it was the right decision.

In 1996, Justin Theroux made his debut in the extreme biopic drama I Shot Andy Warhol.

The actor got his first serious role in the youth comedy Romy and Michele's High School Reunion. Also, Justin appeared in such well-known projects as the thriller American Psycho, the series Sex and the City and the adventure thriller Charlie's Angels: Full Throttle.

In 2003, the actor appeared in the black comedy by Danny De Vito Duplex. He played the role of a friend of the main character. Later, he appeared in two television series Alias and Six Feet Under.

Popularity came to the actor after the release of the mystical thriller Inland Empire, where Theroux played the leading role. It was presented at a film festival in Venice. The film got positive reviews from critics. As a result, he received the Golden Lion.

Then the actor starred in the romantic melodrama Broken English.

In 2011, Justin appeared in the comedy Your Highness. The film got mixed reviews. The actor starred along with Natalie Portman and James Franco.

Theroux also appeared in the comedy Wanderlust, the religious fantasy The Leftovers and the psychological thriller The Girl on the train.

Justin played the leading role of a policeman Kevin Garvey in the television series The Leftovers. The audience liked the film. As a result, two more seasons were released.

Theroux played one of the primary roles in The Girl on the train. It was released in 2016. However, the film received mixed reviews from critics.

It should be noted that Justin Theroux is not only an actor but a screenwriter. He wrote scripts for the action movie Tropic Thunder, the action movie Iron Man 2, the musical Rock of ages and the comedy Zoolander 2. Also, the man became the director of the lyric drama Dedication and the video of the group Muse for the song Hysteria.

The actor Justin Theroux had the relationship with the stylist Heidi Bivens for 14 years. They met in 1997 and were considered an inseparable couple. Justin and Heidi were not officially married. Later, there were rumors that Bivens wanted a family and children, but Theroux was not ready for this step.

On the set of the comedy Wanderlust, Theroux fell in love with the singer Jennifer Aniston. Jen is known to the audience for the role of Rachel in the TV series Friends. The actor lived with Heidi. Later, they broke up, and Justin began dating Aniston.

Theroux and Aniston were often seen together but did not comment on their relationship. Then the actor moved to New York with his new girlfriend. Jennifer even refused to star in films for a year. On Jennifer‘s next birthday the actor made her a proposal. And the couple officially announced their engagement.

The fans and journalists learned about their wedding only after the event. They married secretly, on August 5, 2015, in their mansion in Los Angeles.

In early 2018, the couple announced their divorce. There were different reasons for the quarrel between the spouses. The actors did not make any comments but told that they had problems for a long time.

Later, there appeared information that the actors divorced because they had no children. Although Justin knew about Jennifer's health problems and he hoped that the woman would give birth to the child.

The couple had four dogs. After the divorce, Jennifer took three of them, and Justin took one.

Now the actors live in different cities. Justin Theroux lives in New York, and Jennifer Aniston is in Los Angeles. Later, the media wrote that the couple wasn’t officially married.

After the announcement of the break-up, there appeared rumors about the new relationship between the actors. One edition even combined photos of Jen and Brad kissing, and put a picture on the cover.

According to the paparazzi, Justin was dating Aubrey Plaza as well as Petra Collins. After the divorce, the personal life of Justin Theroux was under the watchful eyes of the journalists. Justin and Jennifer asked the fans not to believe what the media would write about them.

The actor regularly appears on the screens.

In December 2017, there was the world premiere of the cult film Star Wars: The Last Jedi, in which Theroux played the role of Master Codebreaker.

In February 2018, the fantastic film Mute was released. Justin got the leading role. In the press, the film received mostly negative reviews. 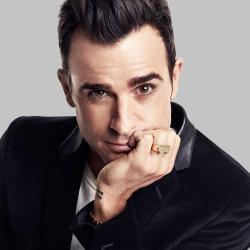