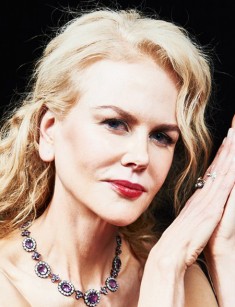 Nicole Kidman is an outstanding Hollywood actress. She was born in Honolulu, the capital of Hawaii on June 20, 1967. Nicole's parents were of Scottish-Irish descent. They spent their entire lives in Australia. Her father Anthony David Kidman was an outstanding biochemist who was studying the problem of cancer cells, at that time worked in numerous scientific projects in the United States. Her mother Janelle Ann McNeil edited her husband's books and participated in the Australian movement for the equal rights of women.

When Nicole was 4 years old her parents moved back to Australia, where the actress's father was promoted to a post at the Technical University of Sydney. In Australia, the younger sister Antonia Kidman was born, who became a famous journalist.

The actress admits that she was an extremely shy child. She even had a stutter, which eventually passed. When the girl was three years old, her parents took her to a ballet school. Dance and theater became the first serious hobby of the young Nicole. Throughout her school period, the girl participated in the plays, revealing her natural talent on the stage.

After graduating from high school, Kidman continued her studies at the "Victorian College of the Arts" at the University of Melbourne, as well as at the Phillip Street Theater. Studying the acting, plastic arts and theater history, the future star found a shelter at a difficult age.

In 1984, Nicole's mother was diagnosed with breast cancer. It forced the 17-year-old girl to temporarily stop training and get a job as a masseuse in order to support her family financially, while Janelle Anne had a course of treatment and rehabilitation.

Nicole Kidman made her debut on the screen starring in the video "Bop Girl" of Australian singer Patricia Wilson. Then Nicole appeared in the movie "BMX Bandits" and the romantic comedy "Windrider." In 1988, Kidman was nominated for "Best Supporting Actress" by the Australian Institute of Cinematography for her participation in the adaptation of the play "Emerald City" by David Williamson.

In her early youth, Nicole Kidman starred in the cult series "Bangkok-Hilton", where her participation was noted by the public and critics. In 1989, the actress starred in the thriller "Dead Calm", which brought Nicole Kidman's first world-class success. For the first time, she appeared in the United States in the film "Days of Thunder," where she starred along with Tom Cruise, who later became her husband.

In 1990, Kidman was nominated for the Golden Globe Award for her supporting role in “Billy Bathgate”. The prestigious newspaper The New York Times wrote about the young actress, noting Nicole’s charm and sense of humor. Then Nicole Kidman excellently played the role of Dr. Chase Meridian in the film "Batman Forever", and also starred in the black comedy "To Die For." Her roles could not go unnoticed: Nicole Kidman received the Golden Globe.

The turning point in the creative biography of Nicole Kidman became the role of the courtesan Satin in the musical film "Moulin Rouge". Kidman and her partner Ewan McGregor sang all the songs. The film got positive reviews. Nicole Kidman received the long-awaited "Oscar".

Participation in the mystical thriller "The Others" directed by Alejandro Amenábar was the next step in the development of Nicole Kidman's career. There is a dark atmosphere in the film, an intriguing plot with an unexpected ending and, of course, a great acting game.

The film by Stephen Daldry "The Hours" starring Kidman in the title role was released in 2002. It brought the most prestigious awards, the second "Oscar" and the British Film Academy Award.

In 2003, Nicole Kidman starred in the film "Dogville" by Lars von Trier. After the premiere, there were different opinions: in Europe, the film was recognized as the highest achievement in the world of cinema, and in America, the opinions of critics were less enthusiastic. At the same time, Kidman decided not to participate in Von Trier's films anymore. The reason for this was the failure of the film in America, and difficult relations between the actors and the director.

Nicole Kidman starred in the film “Cold Mountain”, which received 7 Oscar nominations. In the same 2003, the actress played the main role in the film "The Human Stain", which was very successful. However, few of the Hollywood stars managed to participate in only successful projects: in the films "Bewitched" and "The Stepford Wives". For the role in the first film, Kidman received the "Golden Raspberry", and the second failed at the world box office. But in 2005, the movie "The Interpreter" was released, in which Kidman played along with Sean Penn. This film was remembered not by the actors but by the fact that the film was shot in the building of the UN. Earlier, it was not allowed to shoot films there.

The work of the actress in the film "Birth" received mixed reviews. Before the premiere at a film festival in Venice, the film was convicted of showing pedophilia. The reason for this was the information that the heroine of Kidman should have sexual relations with a 10-year-old boy. For this reason, the film never appeared in the US but was shown in Europe. Moreover, Nicole Kidman was awarded the "Golden Globe" for her role in this film. Another notable work was the main role in the fantastic film "The Invasion".

One of the latest works of the actress is the biopic "Grace of Monaco", where Kidman appeared before the public in the role of Grace Kelly. However, the film was criticized by the press, and there were no representatives of the Grimaldi family at the premiere. According to the heirs, the film was far from reality.

Nicole Kidman not only starred in the movies but also tried herself as a singer. So, along with the British pop idol Robbie Williams, Kidman sang the song "Something Stupid", which was performed in the 60's by Nancy and Frank Sinatra.

Kidman is one of those actresses who is successful not only in the cinema but also got offers from advertisers. So, Kidman became the face of the brand "Chanel No. 5" in the middle of 2000s.

The video with the participation of Nicole Kidman became the most expensive in the history of advertising. The actress received $ 4 million.

With her first husband, the actor Tom Cruise, Nicole lived more than ten years. The couple adopted two children - Isabella Jane and Connor Anthony. There were many unconfirmed rumors about religious differences, an unsuccessful pregnancy and the terms of the marriage contract. The actress speaks about her ex-husband very warmly, remembering with gratitude their life together.

In 2005, the actress met her current husband, the Australian singer Keith Urban. They have been married since 2006. Their wedding was held in Sydney. In 2008, their daughter Sunday Rose Kidman-Urban was born. Two years later, the second daughter, Faith Margaret, was born by a surrogate mother.

At the end of 2016, there was information in the press that 49-year-old Nicole Kidman was pregnant. But this was not true. Besides, the previous child was not born by the actress and also, the couple wanted to adopt a boy from India. These rumors appeared because of her increased emotionality and happiness during the New Year holidays. However, the child could help to save the family, which, again, according to rumors, is on the verge of divorce.

Nicole Kidman is going to write an autobiography. In addition to her story about filming in her best films, she is going to open many secrets of her life. It will include her marriage to Tom Cruise, relations with adopted children and the struggle of her current husband with drug addiction. According to the rumors, a number of publishing houses offered the actress fabulous fees in order to publish her memoirs.

In winter 2017, the movie Lion was released in Russia. The story is based on real events. It tells about a boy who lost. When he grew up, he finally found his way home. In this film story, the actress plays the adoptive mother of a little boy. Before the premiere, Kidman posted a lot of photos from the premiere on the Instagram.

When Donald Trump became the US President, the actress recently fell into the disgrace because of her careless statement that America should support the president. There are rumors that two Hollywood studios have already broken contracts with her.

Kidman continues to work hard. In 2018, the superhero motion picture "Aquamen" will be released. The main role plays the star of "The Games of Thrones" Jason Momoa, and Nicole Kidman played his mother. 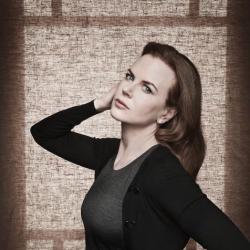