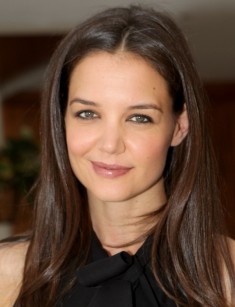 The future American actress Katie Holmes was born in Toledo, Ohio near the beautiful Lake Erie. Katie was the fifth and the youngest child in the family. She has three sisters and a brother. Her mother Kathleen Stoners is a housewife, and her father Martin Joseph Holmes is an attorney who specialized in divorce proceedings.

The family was very religious. Children attended a Baptist Christian church in Toledo. Instead of the usual high school, Katie attended the academy for girls Notre Dame. The future actress studied diligently, was an excellent pupil, participated in the life of the cheerleaders’ team and other school organizations, participated in plays and musicals.

At the age of 14, she began attending classes at the modeling agency. And at the age of 18, she took part in a beauty contest in New York. Actually, at this event, the girl was noticed by the producer of the film "The Ice Storm" and offered Katie visit an audition.

At the audition, Katie Holmes recited Harper Lee’s famous novel "To Kill a Mockingbird" and received the role of Liebbets Casey, a teenage girl. The film critics liked Katie, and Holmes immediately received a new proposal to appear in the television series "Buffy the Vampire Slayer". But the beginning actress refused to sign a contract since she considered it’s necessary to finish her studies first.

The actress didn’t want to be associated solely with the television actress. In order not to become the actress of one role, Katie also starred in several movies. For the first time, Holmes played a major role in the black humor film "Teaching Mrs. Tingle" by Kevin Williamson. She played Lee Ann Watson, a good college student, who faces an unexpected problem in the face of an evil teacher.

The most famous film starring Katie Holmes was the blockbuster "Batman Begins", in which the actress played one of the main roles - Batman's friend Rachel Dawes. Despite the fact that the film was successful, the actress received the Golden Raspberry award in the category "The worst role of the second plan". In the continuation of the film, Katie was replaced by another actress - Maggie Gyllenhaal.

Then she played in such films as "Phone Booth" and "The Singing Detective". The actress also got the role in the satirical comedy "Thank You for Smoking", the thriller "Don't Be Afraid of the Dark" and the biopic "The Kennedys", in which the actress plays Jacqueline Kennedy. But these roles could not repeat the success of “Dawson's Creek”.

The actress was often criticized. Finally, Katie Holmes returned to television and began acting in the television series "Ray Donovan" from the third season. Katie got the role of the charming businesswoman Paige Finney.

Katie’s first relations were with Joshua Jackson, the partner of the actress in the series "Dawson's Creek". Relationships between young people did not last long. In 2000, Katie met the famous American actor Chris Klein. The couple did not hide their relations and even got engaged in 2003. But two years later the couple broke up.

Almost immediately Holmes began dating with the famous actor Tom Cruise. For the first time, actors were noticed together in Rome, where there was a public party for movie stars in 2005. The couple was not embarrassed by the age difference: Tom Cruise is 16 years older than Katie. Katie Holmes is also higher than her boyfriend (Katie's height is 175 cm, and Tom's is 170). The relationship of the couple looked perfect.

In the same 2005, at The Oprah Winfrey Show, Tom Cruise officially announced his relationship with Katie Holmes, and in April 2006, the actress gave birth to their daughter Suri. In the autumn of the same year, the actors got married. The marriage took place in an Italian castle. There were many famous movie actors at the wedding. It was one of the most famous star weddings of the last decade.

The couple was married only six years. Katie decided to break up with her husband because of her husband’s unconventional religion – Scientology. According to Mrs. Cruise, it has a harmful influence on her husband as well the small Suri. Despite the fact that Katie Holmes joined the Church of Scientologists, the couple divorced.

The father cannot take part in the upbringing of the daughter by the decision of the court. After the divorce, Katie gave her daughter a new name for Scout in honor of the main character of her favorite book "To Kill a Mockingbird" and returned to the Catholic religion.

In 2013, Katie Holmes was noticed with an attractive man. The journalists made pictures of Katie and Jamie Foxx, dancing and hugging at the club in Hamptons. Since that moment, journalists paid special attention to the "the most secret Hollywood relations."

There are a lot of rumors about Katie and Jamie's relationship but the stars constantly deny possible relationships. Actors met in 2006 and claim that they are just friends. Fans and journalists have a different opinion but there is not enough information to prove it.

Katie Holmes has an account on the Instagram with 850 thousand followers. But among the thousands of photos, there are no photos with her “boyfriend”.

During the "secret relations" paparazzi captured the actors together only in 2015 at a party of their friends and in 2016 at the "Super Bowl", where the stars came separately.

In 2016, Katie Holmes began to wear a ring on her ring finger. At the same time, Jamie Fox also had an engagement ring.

Fans assume that the actors are hiding their relationships because of the conditions that Katie signed after the divorce with Tom Cruise. Allegedly, the former husband ordered Holmes not to show her private life for five years. This term expires in 2017, which will show whether there was "secret relationship" or not.

In 2016, the media reported on the sequel to the 2011 mini-series “The Kennedys”. In April 2017, the film "The Kennedys: After Camelot" was released. Katie Holmes returned to the role of Jacqueline Kennedy.

The film is based on the book by J. Randy Taraborrelli "After Camelot: A Personal History of the Kennedy Family 1968 to the Present." The series tells about the time after the Kennedy assassination. Jacqueline becomes the protagonist of the series unlike the first season, where her husband, President Kennedy, was in the focus of events.

Katie Holmes is not only a good actress. Along with her friend Jeanne Young, the actress launched the fashion line Holmes & Yang. She is also the face of the famous Ann Taylor brand, often takes part in advertising campaigns for cosmetics and products for women. 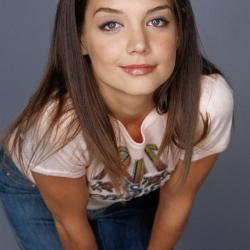