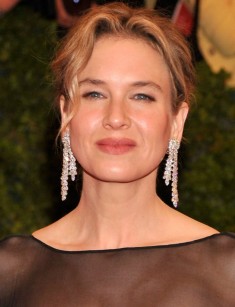 Renee Zellweger is an American film actress, better known for the leading roles in the musical Chicago and the romantic comedy Bridget Jones's Diary.

Renee Zellweger was born in Texas, in the small town of Katy, which is located near Houston. Her father, Emil Erich Zellweger, was an immigrant from Switzerland and worked as an electrical engineer. Her mother, Kjellfrid Irene Andreassen, was Norwegian and she worked as a nurse. The family also brought up the eldest son, Drew, who later became a marketer. It is interesting that the children changed the father's surname according to the American spelling and converted it to Zellweger, while the parents remained under the Swiss surname.

Little Renee always dreamed of being an actress. In her school years, she studied at the drama studio, and also attended the gymnastics section. After high school, the girl graduated from the drama course at the University of Texas and went to conquer Hollywood.

But Renee Zellweger's first attempt to conquer Olympus was a failure, and she returned home. However, the girl did not intend to give up her dream. She went to all castings and competitions in Houston, and in addition, worked as a waitress in a roadside cafe. She even got some small episodes in various projects, but it was not a real work. Renee met with beginning actor Matthew McConaughey at some casting, and he convinced Zellweger to try to go to Los Angeles once again.

Renee Zellweger’s first experience of filming was the drama Love and a .45 and the comedy Reality Bites. Soon, the actress got the leading role in the teen horror movie The Return of the Texas Chainsaw Massacre, which was criticized by experts and fans of the first parts of the movie.

The actress was offered a role in the movie about the sports agent Jerry Maguire after the successful performance of the role in the melodrama The Whole Wide World. It should be mentioned that Renee was ahead of such actresses as Cameron Diaz and Winona Ryder, and Zellweger's partner was the legendary Tom Cruise. This success was followed by the criminal tragicomedy Nurse Betty, the drama One True Thing, the romantic story The Bachelor and the comedy film Me, Myself & Irene.

Three years later, the directors shot the sequel Bridget Jones: The Edge of Reason. By the way, in 2016 the third part of this film was released.

After the success of Bridget Jones's Diary, Renee Zellweger starred with Michelle Pfeiffer in the drama White Oleander, the comedy Down With Love and her second-star movie Chicago. This film became a box-office hit of the year and got six Oscar Awards. Renee was also nominated, but again she did not receive the coveted statuette. Ironically, the actress got the most significant film award after filming in the military drama Cold Mountain, which did not receive much recognition.

Then she took part in the filming of the biographic movie Cinderella Man about American boxer James Braddock, played the famous children's writer in the drama Miss Potter, attracted attention in the thriller Case 39. Three romantic comedies with the participation of the star actress New in town, My One and Only and My Own Love Song should be mentioned too.

Renee Zellweger returned to the film studio and starred with Keanu Reeves in the thriller The Whole Truth after a long break, which lasted almost six years.

Needless to say that such a famous woman, as Renee Zellweger, had many famous admirers. One the most serious love affairs were the engagement with Jim Carrey in 1999. However, it was dissolved a year later. She also had a relationship with musician Jack White, the leader of The White Stripes.

In 2005, the world press spread the news about Renee's wedding with country singer Kenny Chesney. But four months later, the actress filed for divorce due to fraud. However, the actress did not explain what was the main reason for such a rapid breakup.

Then the actress began the relationship with blues guitarist Doyle Bramhall II, but she has not married again. Renee and Doyle have a happy relationship that has lasted for five years. But they plan neither wedding nor children. Renee Zellweger openly talks about this in interviews. According to the actress, the woman has realized that family and motherhood are not her dreams.

But it does not mean that the actress does not know how to take care of loved ones. Renee Zellweger caters to her lover. Renee supports the musician and even pays almost all Doyle's expenses as well as alimony to Bramhall's ex-wife and the children from his first marriage.

Fans are sure that Renee Zellweger has made plastic surgery more than once. According to fans, the actress has changed dramatically beyond recognition. The actress claims that she has not had any plastic surgeries. Renee associates changes in her own appearance with a happy personal life and flexible working hours, which allows the actress to rest.

In addition, the actress has become very thin, which also affected the facial features. Renee Zellweger is 47 kg at the height of 163 cm. The press claims that the actress has lost 15 kg during two months. Renee’s fans can admire her photos with a new appearance in numerous magazines. The actress does not have the account on Instagram.

In addition, in 2016 a new part of the popular TV series Bridget Jones's Baby was released. British actor Colin Firth also starred in the film. Renee Zellweger’s heroine is no longer an unlucky woman, who writes a diary about her own romantic relationship. Bridget improved her personal life and a career. Heroine’s plans are violated by a sudden pregnancy. At the same time, Jones's romantic life was so good that the woman does not know who the father of the future child. It can be a famous lawyer or an attractive billionaire.

The premiere of the comedy took place in Russia in September 2016. The film received positive reviews from viewers and film critics.

In 2016, the actress also received a new role in another project. Renee Zellweger performed the role of Deborah Hell in the drama Same Kind of Different as Me. The film tells about the famous art dealer who made friends with a homeless person and sheltered a new friend. Doing it, the trader wants to help the homeless and to save his own failing marriage.

In 2017, the press became aware of the new creative plans of the actress. Renee Zellweger has played a major role in the biographic movie Judy, which is dedicated to the last concert of the cult actress and singer, Grammy and Golden Globe winner Judy Garland. It was held in winter 1968 in London, six months before Garland's death. Garland has planned a five-week concert tour in London, and these performances have helped the singer to understand that Judy is tired of performing and wants to go home to her family.

The filming will begin in February 2018. 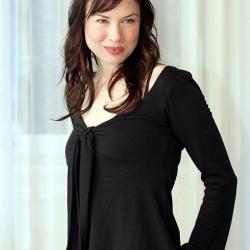