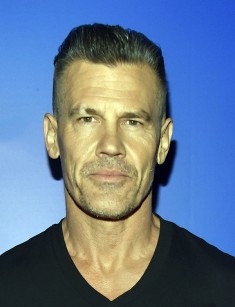 Josh Brolin was born to become an actor. Josh is the son of the Golden Globe Winner, James Brolin, and the stepson of Oscar-winning Barbra Streisand, the favorite actor of the Coen brothers. Brolin's path to the stardom was successful but slow.

The Hollywood celebrity was born in Santa Monica in February 1968. He was raised on a large ranch in Templeton. Father James (born Craig Bruderlin) and mother Jane Cameron Agee broke up when the son was 16 years old.

At school, the boy was a hooligan and a member of a group with a bad reputation. Josh burst his energy in school plays, and it was so successful that Sandra Seacat and Stella Adler, the well-known American performing arts teachers, paid attention to him.

At first, Brolin played a guest role on a TV show. In 1985, it was followed by the first role in a teen film of Steven Spielberg called The Goonies. The American children liked the movie.

The second full-length movie featuring Josh was soon released. It was the drama Thrashin' about skateboarding; then the young actor switched to television films such as Finish Line, Private Eye. On the set of the series 21 Jump Street, Brolin met and became friends with Johnny Depp, who eventually got the role, and Josh was invited to play in the first season.

The actor got a prominent role in the western series The Young Riders about the journey of the legend of the Wild West, Bill Hickok. In the action movie The Road Killers, Brolin's colleague on the set was Christopher Lambert and Christian Slater in the melodrama Bed of Roses.

Josh portrayed a character of the same name in the horror film Mimic directed by Guillermo del Toro. The film received 4 Saturn nominations and won one Award. He became even more popular having played the title characters in the Nightwatch and Hollow Man. The drama featuring Ewan McGregor tells about a student who had a part-time job as a guard at a hospital. However, it turns out that strange and horrifying things happen in the hospital at night.

Critics appreciated Brolin's acting in the thriller of Paul Verhoeven. However, the main antagonist outperformed Josh's positive hero. In the early 2000s, the actor's filmography included interesting, but little-known roles in the adventure movie Into the Blue, Melinda and Melinda, Slow Burn.

The Coen brothers played a significant role in the acting career of Josh Brolin. The directors cast the actor in the leading role of the hunter who was involved in clashes between drug dealers in the thriller and film adaptation of No Country for Old Men. Besides the starring cast and positive reviews, the movie won four Oscar Awards, two Golden Globe awards, a Saturn Award, the British Academy Film and the Screen Actors Guild Awards.

In 2007, Brolin also played a villain but not very terrible in the horror film Grindhouse about the living dead. The star proved once again his dramatic talent playing Detective Reno in Ridley Scott's crime drama American Gangster. According to some sources, the film was based on a real story told by one of the criminals.

A year later, Josh proved that he was rightfully called a big star. The actor revealed grotesque features of the US president in the film W. Brolin showed George W. Bush as a person who did not think what he said, liked to drink and did not like physical labor. The actor said that participation in the shooting was a challenge, the highest risk, and stupidity. By the way, his father once played another American leader, Ronald Reagan.

At the same time, Gus Van Sant’s biographical film Milk was released. It tells about the first American politician who has publicly acknowledged that he was a gay person. Josh portrayed Dan White, the protagonist’s killer. The movie caused a stir, won two Academy Awards and received the Golden Globe and BAFTA nominations. Brolin was also nominated for an Oscar Award.

The famous actor received new proposals. Josh agreed to shoot in a sequel to Oliver Stone's Wall Street: Money Never Sleeps, You Will Meet a Tall Dark Stranger with Antonio Banderas, the Western film Jonah Hex and the Coen brothers’ film True Grit. The last Western was included in the list of the top ten films of the year, won the BAFTA Award and Critics' Choice Movie Awards, and was nominated for 10 Oscar Awards.

Josh Brolin had a new wave of popularity when he appeared in the legendary action comedy Men in Black 3. This time the actor played Kevin Brown, the hero of young Tommy Lee Jones.

Brolin played another major role in the American remake of the Korean detective Oldboy with Elizabeth Olsen and Samuel L. Jackson. The film tells about the advertising agents, kidnapped by unknown men and kept in prison for 20 years. Reviews were very negative or neutral. Besides, Oldboy was a box-office bomb, and the shooting had copyright problems.

Since 2014 Josh Brolin's name has regularly appeared in the credits of the popular movies based on the Marvel comics. Fans know the American actor as the villain, Thanos of Titan and the son of Eternals. Two superhero films Guardians of the Galaxy and Avengers: Age of Ultron with Brolin were released.

In 2015 Josh was offered a leading role in the drama Everest about the 1996 disaster in the Himalayas. The actor also played one of the title characters in the crime thriller Sicario. Brolin portrayed a CIA agent and advisor to the Ministry of Defense, who headed a special operation in Mexico. Both films participated in the competition program of the Venice and Cannes International Film Festivals.

In 2016, the Coen brothers offered their favorite actor to play the role of fixer Eddie Mannix in the comedy Hail, Caesar!. The hero has to find an actor who was kidnapped during filming. The directors also invited Dolph Lundgren, George Clooney, Channing Tatum.

According to the American standards, Josh married very early. He was just 20 years old. He was married to actress Alice Adair for four years, and they had two children: son Trevor Mansur and daughter Eden. The girl has followed in her father's footsteps, but even in a nightmare, he does not want to be a producer of the children.

In 2001, Brolin was engaged to British actress Minnie Driver. According to rumors, stepmother Barbra Streisand hampered their marriage. She introduced the stepson to Christopher Lambert’s ex-wife, actress Diane Lane, and Josh married her in 2004.

After filming in Everest, the actor married the third wife, Kathryn Boyd, a former model, and a personal secretary.

The actor devotes his spare time to gambling, and he succeeded in it. Brolin also likes races, surfing, collecting the works of Malcolm T. Liepke and Ernst Neizvestny.

In the summer of 2017, the shooting of Deadpool 2, the sequel to X-Men, started. The actor is not very tall (Brolin’s height is 178 cm), but he was ideal for the role of mutant Cable, Deadpool’s counterpart and partner. The creators have planned the appearance of Josh's character in four parts of the film.

Brolin improved his fitness under the leadership of David and Stephanie Lovato for this role. He trained hard six days a week and shared some of the photos on Instagram.

One more drama Only the Brave featuring Brolin was based on a real event. It is the story about Arizona fire of 2013, which killed 19 members of the Granite Mountain Hotshots crew.

In 2018 the continuation of Sicario, the thriller Sicario: Day of the Soldado, with the same protagonists, Josh Brolin, and Benicio del Toro, is scheduled to premiere. The actor has not refused to participate in the continuation of the storyline about Thanos. Movie fans will see his hero in the sequel to Avengers: Infinity War and the film Avengers: Endgame. 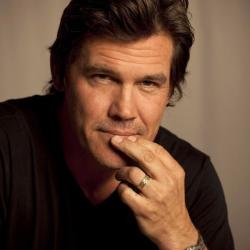