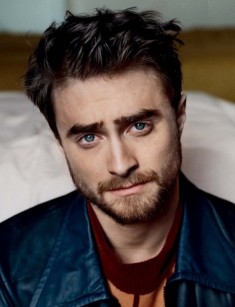 Daniel Radcliffe is one of the highest-paid actors of Great Britain. Daniel earned his fame after the role of Harry Potter in the same-name movie series which became blockbusters all over the world. Apart from the fantasy project, Daniel started working at the theater and continued his acting career in cinematography.

Daniel Jacob Radcliffe was born on July 23, 1989, in London, Fulham. The boy grew up in the family of the casting agent Marcia Jacobson and the literary agent George Radcliffe. The mother had Jewish roots, and the father was a Protestant who came from North Ireland. The parents decided they would not bring up their son religiously.

Daniel started dreaming of the acting career when he was a school student: he played a monkey. Because of his work on Harry Potter, the boy had to stop going to school: his classmates were jealous. This fact was similar to Harry Potter’s biography: he could not find his place among the Muggles.

Daniel started his movie career early: in 1999, the boy played in the BBC movie David Copperfield. At that time, the young actor succeeded in the auditions for the role of Harry Potter in the movie series based on Joanne Rowling’s books. These novels tell about the magic world where magicians live separately from ordinary people, and their children go to special schools. The main character is the orphan boy Harry, the only person who survived after Lord Voldemort’s attack. Harry and his friends have to understand the secret of Potter’s gift and fight evil; at the same time, they study at Hogwarts, the magic school.

Joanne Rowling’s books were bestselling all over the globe and generated the genre of magic school fantasy. The writer consulted the movie directors and contributed to the casting.

The first movie was the screen adaptation of the first book of the series. The movie was being produced in 2000; in 2001, all the actors, especially Daniel Radcliffe found themselves famous. The children who played magicians worked on the project for ten years and grew up together with their characters and the audience.

In 2002, the second movie came out; in 2004, the third part was released. Thus, the problem of the small and grown-up characters was solved. In the last movies, it was challenging: the work on each movie took longer than the books’ events were happening. Eventually, the actors were five years older than their characters: in teens, this difference was notable. However, the actors looked relatively young and small. According to different sources, Daniel Radcliffe’s height is 165-168 cm, and his weight is 57 kg.

Starring in movies, Daniel also discovered his drama talent. Since 2004, the actor has been participating in theater performances. In one of his plays, his character Alan Strang, the insane horse-boy, appears naked on the scene.

In 2007, Daniel took his mother’s maiden name and interpreted it in a Jewish manner; under the name “Jacob Gershon,” he published his poems in the magazine Rubbish.

In 2011, the final Harry Potter movie was released. The actor continued to develop his talent; he has appeared in many interesting projects.

In a year, the mystery thriller The Woman in Black based on Susan Hill’s book came out; the box office was $5 million.

The same year, Radcliffe appeared in the British TV series A Young Doctor's Notebook, the screen version of Mikhail Bulgakov’s collection of short stories. Daniel played the young doctor Vladimir Bomgard who had just graduated from the medical university and went to the Russian countryside in 1917. Jon Hamm played the adult doctor. As the story runs, Vladimir sometimes meets himself, listens to his own recommendations, and tries to understand the meaning of his life.

In January 2013, Radcliffe participated in the biographical melodrama Kill Your Darlings. The story about the Beatnik writers is told: a murder brings together Allen Ginsberg, William S. Burroughs, and Jack Kerouac. Jack Huston, Ben Foster, Elizabeth Olsen, and Dane DeHaan also starred in the project.

On September 6, 2013, the premiere of the American and Canadian fantasy thriller Horns took place at the Toronto International Film Festival. The movie was based on Joe Hill’s novel; Alexandre Aja directed it. Radcliffe played an ordinary American guy Ig Perrish who woke up with a hangover and discovered three terrible things: his girlfriend Merrin had been brutally murdered, he was accused of this crime, and he had horns on his head.

His mysterious horns had an interesting advantage: when Perrish was close to people, they started telling their secrets. Ig began his investigation to find the girl’s murderer, but he disclosed many unwanted secrets of his native town.

The movie appeared on the big screen at the end of 2013; in the USA, the box office was more than $3 million.

In August 2014, the Canadian and Irish melodrama The F Word starring Daniel Radcliffe and Zoe Kazan was released. The actor finally changed the setting: there was no gloomy environment there. The movie tells the story of the friend zone: a young man and woman are on friendly terms. This relationship looks ideal for the young man until he learns that the woman he considered his girlfriend already has a boyfriend.

After ten years of Harry Potter, Daniel headed down a dark path: he started drinking. However, he managed to overcome the bad habit and dived into work.

Harry Potter fans believed young Radcliffe and Watson were seeing each other, but they denied everything. When Harry and Ginny’s love story began, fans began to speculate about Daniel’s relationship with Bonnie Wright. Again, it was only the fans’ myth.

In 2012, the actor was dating Rosie Coker, the director’s assistant. However, the couple broke up soon.

In 2012, there were many rumors about Daniel Radcliffe’s affair with the American actress Erin Darke who also starred in Kill Your Darlings. Daniel is five years younger than Erin. In 2014, the couple visited the Tony Awards Ceremony together and confirmed they were dating. Soon, journalists started talking about the actors’ engagement, but Erin’s representatives denied that. Radcliffe and Darke have not been involved in any scandals and look happy together. Although they keep denying their wedding plans, their fans are expecting them to marry.

The actor is a social activist: he supports the rights of LGBTQ+ people and wishes the world had more tolerance to different love so that the number of suicides among those who face hatred and non-acceptance would decrease.

In his spare time, Radcliffe plays cricket, listens to punk rock (he prefers Sex Pistols and Arctic Monkeys), and reads books. Bulgakov’s The Master and Margarita is one of the actor’s favorite novels.

The actor celebrated his 21st birthday in Saint Petersburg. In February 2012, he took part in the TV show Prozhektorperiskhilton (Spotlight of Paris Hilton).

Daniel has his Instagram page; there are more than a million followers there. The actor has no time to get bored: his numerous projects bring him much joy. However, Daniel mentioned he would like to marry and have a kid by 30.

On January 22, 2016, the premiere of the tragicomedy Swiss Army Man took place at the Sundance Movie Festival; the project received the Best Director for Directing award. Daniel Radcliffe and Paul Dano starred in the movie; the story is set on a desert island, so there were few supporting actors there.

Radcliffe played a dead man; in the first part of the movie, he did not move. As the story runs, the dead body turns out to have many useful properties: it can produce water, shoot, show the direction, and be used as a vehicle. Moreover, he can talk and tries to remember the past.

The movie received both ambiguous and positive reviews. The audience agreed that the words “trash” and “arthouse” perfectly described the peculiarities of the movie genre.

The story of the Four Horsemen, the team of illusionists, continues: they keep revealing tricks and rob. However, they have no protection now and may be exposed. The former businessman Walter uses this situation: he wants to revenge the Horsemen and former business partners. Daniel Radcliffe got the role of Walter. Critics’ reviews were mostly negative.

In August 2016, Daniel Ragussis’s crime thriller Imperium appeared on the big screen. Radcliffe played the young FBI agent who infiltrated the Neo-Nazi group to uncover and prevent a terrorist attack. The agent takes part in the group’s actions which gradually alter his worldview and destroy his idealistic perceptions. The movie is based on a true story: the biography of the former agent Michael German.

In winter 2017, the rumors among Harry Potter were spreading: Warner Bros. was allegedly going to make a screen version of Joanne Rowling’s play “Harry Potter and the Cursed Child” and offer the “golden trio” (Daniel Radcliffe, Emma Watson, and Rupert Grint) the roles. Soon, the writer denied these rumors, but Radcliffe said it was possible he could come back to the role of “the boy who survived” in the future.

At the end of March, the trailer of the action thriller Jungle appeared on the Internet. The movie was based on the true story that happened to the writer and traveler Yossi Ghinsberg. In 1982, he was looking for gold in the Amazon jungle; a local who turned out to be a fraud gave him the direction. As a result, the traveler followed the wrong instructions and got lost in the jungle; he had to wait for the help and survive for three weeks.

Jungle was based on Ghinsberg’s memoirs Jungle: A Harrowing True Story of Survival in the Amazon published in 2005. The plot was modified: instead of a lone traveler, there is a group of friends who traveled together and lost their way because of their dishonest guide.

Besides, Radcliffe starred in the crime drama Beast of Burden where he played a smuggler who transfers drugs from abroad. This project was the Swedish director Jesper Ganslandt’s debut in English. The movie premiere took place in 2018. 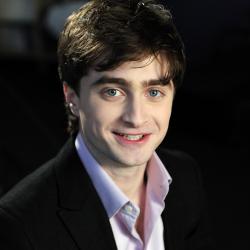