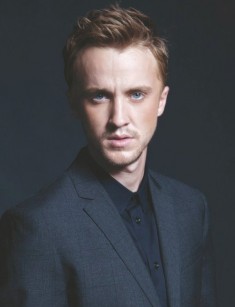 Naturally, Harry Potter fans are familiar with the name of Tom Felton – the role of Draco Malfoy brought the young actor much fame. Today, the actor is often invited to exciting projects. However, he is still a simple guy who likes fishing and rural peace.

Thomas Andrew Felton was born in September 1987 in London. He was the youngest child in the large family and had three elder brothers. As the youngest boy, Tom was everybody’s favorite. The parents realized their kid was talented. Tom was artistic and had an ear for music and a wonderful voice; he was accepted to a church choir. When Felton went to school, he was invited to three other choirs.

When the boy turned eight, the mother’s friend helped him to go to the auditions for the movie The Borrowers. Felton was chosen among 400 candidates. The career began. The young artist was invited to three more projects; Anna and the King was the most famous among them. 11-year-old Tom played the son of the main character (Jodie Foster).

The real fame began when the actor turned 13: he went to the auditions for Harry Potter. Tom honestly said he had not read a single page of the book loved by millions; he did not even believe he could succeed and gain the role. However, he did. Initially, the movie creators considered him for the lead role, but, in the course of time, they realized that Felton would look more natural playing the antihero Draco Malfoy.

In the end, it was Daniel Radcliffe who took the lead role of Harry. The young American actor Liam Aiken could have played the young magician, but Joanne Rowling insisted that a British boy should be chosen.

Felton was glad he was to personify the bad guy: he would be more memorable to the audience and ignite stronger emotions. Tom has always been a cheerful and kind young man, and he had to work on the mimics of the evil, arrogant character. He was brilliant.

After the movie, Felton felt the screen image stuck to him: people he knew treated him cautiously and suspected he bore some resemblance to Draco Malfoy.

According to Joanne Rowling, she was shocked to learn how many fans the antihero had: she did not like Draco. The writer believed that Tom Felton’s contribution was significant.

At 19, when it was time to make a decision about his career, Tom Felton surprised his relatives and fans: he chose fishing, the activity that had been his hobby for a long time. According to the actor, he preferred the rural peace and calmness to the loud fame and fuss. In a while, Tom changed his mind, to his fans’ relief.

Apart from Harry Potter movies, the artist appeared in the famous blockbuster Rise of the Planet of the Apes and several horrors including The Disappeared and 13Hrs. In the latter project, he gained the lead part.

Among high-ranking movies, the dramas Murder in the First and Risen stand out. In Rison, the actor played Lucius.

In the 2016 movie A United Kingdom, Felton played one of the lead roles. The drama is based on a real story when the prince of Botswana Seretse Khama married a white woman from London, Ruth Williams. The interracial marriage and the different social statuses provoked much resentment among people, yet the couple overcame all the ordeals.

The same year, Felton joined the cast of the superhero series The Flash. He gained the role of the ambiguous character Julian Albert / Alchemy.

Tom’s music talents are worth mentioning; today, he continues to develop his music career. Felton has presented two albums. The first work, Time Will Spent, contained five songs and came out in 2008. The same year, Tom had another album, All I Need, released.

The actor is not married. However, his personal life has been bright, and the young man had several romances. For the first time, Tom fell in love at 16; his girlfriend’s name was Melissa. Nevertheless, the youthful fascination was over soon.

When Harry Potter movies were being made, rumors had it the actor was dating Emma Watson. Still, these were likely to be speculations and nothing more, even though Emma confessed she was attracted to Felton at that time.

In fact, the artist was seeing the Russian model Olga Yurevich. Later, he met Jade Olivia Gordon. At that period, the final parts of Harry Potter were made: the young woman was an assistant of a stunt coordinator. The couple’s romance continues today.

It is interesting that Jade played Draco’s wife in the last episode of the Harry Potter movie series: Tom Felton insisted the young woman should do it.

Tom’s girlfriend instilled the love of romantic movies in him: Felton watched The Notebook and the series Gossip Girl many times. However, the actor has not participated in movies of this genre.

Thomas and Rupert Grint who played Ron Weasley are great friends. Ironically, their characters in Harry Potter books and movies are the worst enemies. Once, the young men put on T-shirts with prints: Tom was wearing “I love Ron Weasley” shirt, and Rupert was wearing “I love Tom Felton.” The artists also took part in a commercial photo session together. Tom’s friendship with Daniel Radcliffe is warm as well.

The actor is a soccer fan and supports Arsenal. Felton likes speedskating, roller-skating, basketball, cricket, golf, swimming, and tennis. Besides, he collects cars. Tom is fluent in French and Spanish.

The actor is actively engaged in charity work: he donated some money he had earned thanks to Harry Potter. In August 2014, Felton participated in the charity campaign Ice Bucket Challenge.

Tom Felton is known as a well-mannered, polite young man. He is never rude to personnel and even helps hotel maids tidy up his room.

In April 2017, Simon West’s Stratton came out. This action movie tells the story of a soldier who fights against a terrorist organization. Tom received one of the lead roles, Cummings.

Further on, the audience had the chance to see the actor as a military man in Iraq in the drama Megan Leavey. In summer of the same year, Felton starred in the drama Feed where he played Matthew the twin of Troian Bellisario’s character, Olivia. Matt and Olivia grew up as a unity. One day, one of the twins dies in a car accident, and another twin has to learn how to leave alone.

In January 2018, the movie Ophelia came out; Tom Felton played Ophelia’s brother, Laertes. The movies Whaling and Fangs of War starring the actor are in post-production. 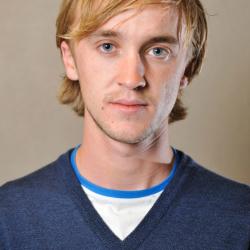