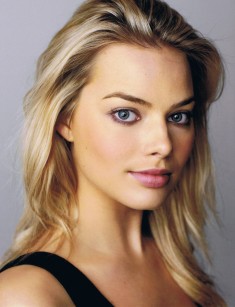 The story of Margot Robbie is like a modern fairy tale about Cinderella. Her way to fame and prosperous life turned out to be not easy. Margot herself was a fairy godmother, as she worked really hard.

The future actress was born on July 2, 1990, in Australia. Her parents lived in a town popular with foreign tourists but Margot herself spent her childhood in the province at her grandmother's farm. Her father was also a farmer. He left his wife with four children. Margot also has the eldest brother Lachlan, the youngest brother Cameron and a sister Anya.

Robbie did not forgive her father Mike. And in future, she didn’t communicate with him anymore. Her mother had to work hard in order to give her children an education. Sarie Kessler is a physiotherapist. She works with disabled children and elderly patients.

Margot Robbie grew up as a curious child and tried to live the life full of joy. The girl went to the theater studio, dance clubs, boating. But her real passion was surfing. After graduation from school, Margot Robbie traditionally went to the farm to visit her grandmother. At 10 years old the girl skillfully chopped wood and milked cows.

After school, the girl entered college and had three jobs. Margot wanted to make life easier for her mother. The future actress worked as a waitress in a bar, cleaned rooms in a hotel, sold souvenirs and drinks at the beach. When Margot Robbie saved enough money, she went to acting classes in Melbourne. She combined her studies with work and auditions. To pay for courses, Robbie had to sell sandwiches.

At the beginning of her acting career, Margot Robbie did not have an agent: the girl visited auditions, which she found in newspapers. Some of them ended for Margot successfully, but the roles were so small that Robbie’s name wasn’t even in the credits. After a while, the girl was noticed by the well-known in Australia director Aron. In 2007, the director suggested Margot to star in the film "I.C.U."

The following year became even more successful in the creative biography of the actress. Margot Robbie came to the audition of the popular Australian TV series "The Neighbors". And after that, confident in the failure, she went to Canada. The vacation was interrupted by a message that Robbie was approved for the role of Donna Friedman. Almost for three years, Margot participated in the series. She spent 17-18 hours five days a week shooting in the film. For the role in the film "Neighbors", the actress got two awards at once.

In January 2011, the shooting was finished - Robbie decided to become a Hollywood star. The girl went to America. The actress visited auditions from morning till night but there were no results. Finally, the girl was offered the role of a stewardess in the series "Pan Am". The first season was not successful, so the project was closed. Margo Robbie considers this role as a beginning of her career in Hollywood. The directors noticed a pretty blonde.

Already in 2012, the actress starred in the film "About Time", and soon began to star in the movie "The Wolf of Wall Street." Margot sent a portfolio and left for England, where she got an invitation to audition in New York. The actress had the audition with Leonardo DiCaprio because in the story Margot played his wife. Leonardo did a lot of improvisation. When he offered her to kiss him, the girl slapped him in the face. The director understood that he found the right actress.

After the "Wolf of Wall Street", Margot Robbie woke up famous: the photos of the actress began to appear on the covers of fashion magazines such as “Esquire”. The directors offered the actress to participate in different projects. The girl, with a height of 164 cm and weighs only 54 kg, did not hesitate to appear on the screen naked or half-naked. There are such scenes in the films "Z for Zachariah", "Focus", "Suite Française", "The Wolf of Wall Street".

In 2016, the girl appeared in the blockbuster "Suicide Squad", which raised $ 750 million at the box office. In the film about the superheroes also played Will Smith, Jai Courtney, Cara Delevingne and Jared Leto. The film got one "Oscar".

At the same time, the actress appeared in the adventure film "The Legend of Tarzan". The actress played the role of Jane Porter, the wife of the main actor - Tarzan (Alexander Skarsgård). Viscount Greystoke, who grew up among monkeys, becomes a bargaining chip in the struggle for power in Africa, but Tarzan does not immediately recognize this. During a trip to the black continent, his wife becomes a prey for criminals. In order to rescue her, the entire African fauna helps Tarzan. The film got positive reviews of film critics and raised $ 350 million at the box office.

Another project of the year, where the actress appeared was the comedy-drama "Whiskey Tango Foxtrot" about an American journalist who came to Afghanistan. There the girl met reporters from Britain, Scotland, as well as a local interpreter. The main roles in the film, along with Margo Robbie, played Tina Fey and Martin Freeman.

Margot Robbie has a very interesting personal life. At first, the girl had relations with Matthew Thompson, her school friend. They broke up but remained friends. Then there were short-term relationship with a college student and art director Aitken. There were rumors that Robbie had relations with Leonardo DiCaprio.

Her current boyfriend is the assistant of the director Tom Ackerley, whom the actress met on the set of the "Suite Française ". In December 2016 they got married. The wedding was attended by close friends and relatives. The girl devoted to the wedding only one post on her Instagram. In November 2017, journalists noticed that the actress often appears in public in loose clothes. They decided that Margot was pregnant. But these rumors are not confirmed.

Now the girl is working on another reproduction of the image of the heroine Harley Quinn in the sequel to the film "Suicide Squad." No less interesting for Margot was the role of Elizabeth I in the drama "Mary Queen of Scots ", which will be released in 2018. Before shooting, Robbie applies a heavy make-up, which turns her into a woman with high tines and rare red hair, with a face disfigured by smallpox traces. Margot did not bother the changes in appearance. The actress looked great in an unusual image. The role of Mary Stuart is played by Saoirse Ronan.

Margot Robbie is not only a popular actress but also a beginning producer. In 2009, the girl first participated in the production of the thriller "I.C.U". In 2017, the actress released two films - the comedy "I, Tonya ", which received three nominations for the Golden Globe, and the drama "Terminal." In all the films the girl played the main roles.

In 2017, there was another significant event in the career of the actress. Time Magazine placed Margo Robbie's name among the most influential people in the world. 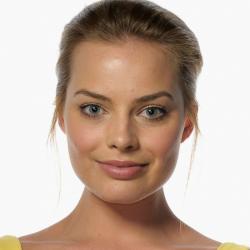