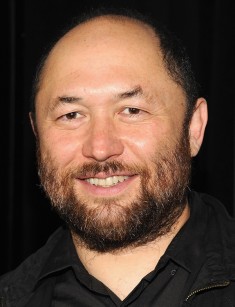 Almost all actors, directors or producers dream of a career in Hollywood. Alas, not many people reach such heights. Therefore, the achievement of the Kazakhstan director and producer Timur Bekmambetov looks really great. He began his career as a director of commercials, which were rather innovative for the USSR. He had a long way from low-budget movies to multi-million blockbusters that conquered the world.

Timur was born in June 1961 in Atyrau. His father Nuruakhit is connected with the ancient dynasty of Kazakh khans, who lived in the 10th century. The Bekmambetov' family was rich. The father of the future star worked as a head of a large company. His mother Mira Bogoslovskaya worked as deputy editor in a regional newspaper.

With such a family Timur could do everything and become anyone. His father wanted his son followed in his footsteps. And the future director entered the Moscow Power Engineering Institute. But Bekmambetov Jr. was not interested in energy and other technical subjects. The world of art attracted the young man. The movie star left the institute and immediately joined the army in Ashgabat, where he spent two years.

Then the future director went to Tashkent. There, the guy wanted to continue his studies but this time he followed his heart and entered the A. Ostrovsky Theater and Art Institute. In parallel with higher education, Bekmambetov worked at the film studio "Uzbekfilm" and at the local theater, which helped him to see the inner world of the cinema. There, Timur worked as a production designer. He created the atmosphere and decorations for different events. But the studios of "Uzbekfilm" did not suit the ambitious Timur, and the salary was very low. He again decided to go to Moscow.

In 1989, the capital was better place for the young director. But Bekmambetov did not get to the world of cinema at once. To earn money and to have the opportunity to stay in the capital, he worked in one of the offices, which produced commercials. This video genre only began to develop on the territory of Russia. Various organizations were interested in such videos. The first successful work was an advertising video for the bank "Credit-Moscow".

In addition to his business, Timur got a lot of useful contacts. In particular, thanks to Mikhail Lesinsky, the director met Sergey Rodionov, the president of the bank "Imperial". Rodionov at that time was thinking about one great project and was looking for a person who could implement it. Timur Bekmambetov became one of them, and created a series of commercials "World History by Imperial Bank."

To implement this project, the future movie star found an excellent team of professionals, famous actors, screenwriters and decorators. In future, his mini-films received a lot of awards. It was not just an advertising video but a real art.

In the movie, Timur made his debut as a screenwriter in the military film "Before the Road to War", which was shot at the film studio "Uzbekfilm" in 1987. After that, the director didn’t make films. He was making commercials, in which he achieved considerable success.

In 1993, Bekmambetov began shooting his first film "Peshawar Waltz", where he acted as a director, producer and screenwriter. The picture is based on real events that took place during the Afghan war. In 1994, the world saw the film, which became the winner of many international festivals but did not get wide popularity among the Russian audience.

To the world of cinema, Bekmambetov returned only 7 years later. He produced the 8-episode film "Our 90s". Only few people know that Timur began cooperating with his American colleagues in 2000 when he was invited to the film of American producer Roger Corman, famous for his films in the style of "trash."

Two stars of "Playboy", as well as the Russian singer Yulia Chicherina, played the main roles. They were invited by the director himself. In addition to the role, the singer also wrote the soundtrack for the film. In Russia, the movie was called "Gladiathrix" and wasn’t very famous.

The movie "Night Watch" by Bekmambetov appeared on the screens in 2004 and became really successful. The film was successfully advertised. In Russia and the CIS countries, people were waiting for such a large-scale fantasy film. The movie brought Bekmambetov the world fame.

This Russian movie was even shown in America and Europe, which rarely happened with Russian films. Timur put Russian cinema on a completely new level, proving to the world that he was able to compete with famous Hollywood directors.

After the success of “Night Watch”, Bekmambetov was invited to Hollywood. In 2004, the American producer Marc Platt decided to make the screen version of the comic book "Wanted" and called the famous filmmaker Timur Bekmambetov, who made considerable changes in the original script.

Platt was delighted with Bekmambetov, and in 2007 they started filming "Wanted" with Angelina Jolie in the title role. The film proved to be very successful both in the Russian box office and in the world, and received several nominations and one award "Best Fantasy Film of the Year".

Timur closely cooperates with the famous Hollywood movie studios. He produced more than 5 films with American studios and producers such as “Apollo 18”, “The Darkest Hour” and many others. However, the director is not going to move to America and to work abroad. For him, working in Hollywood is like a long trip, very interesting and useful in terms of creating a movie.

The famous director was married twice. Relations with the first wife were not very good, and they divorced. Bekmambetov does not like to talk about his ex-wife. But about his second wife, Varvara Avdyushko, Timur speaks with tenderness and incredible love.

The couple met at work. Varvara also works in cinema. The girl worked as a costume designer and fell in love with Timur at first sight. She became a muse for Bekmambetov, inspiring the director to conquer new heights. The couple has no children. Timur has an adult daughter Zhanna from his first marriage. She followed the footsteps of her father and decided to work in cinema. She works in the field of animation.

• The Game of Truth 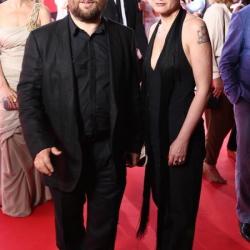