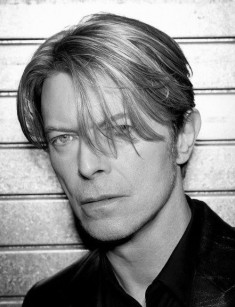 David Bowie is a famous British singer and musician who was engaged in music for more than 50 years. “The chameleon of rock music»\” created the most legendary cult in the music world and became one of the most influential musicians of the twentieth century due to his constant innovative transformation in all genres of music. He effectively changed images from folk singer to alien, he gained the title of one of the most successful artists in the history of the British charts and the best musicians of the last 60 years.

David Robert Jones (later David Bowie) was born on January 8, 1947, in Brixton London in the family of Irish Margaret Mary Peggy, who worked as a cashier in a movie theater, and Haywood Stenton John Jones, who was a clerk in the personnel department of a charitable organization. At the time of David’s birth parents lived in a civil marriage, they legalized their relationship only 8 months later. From an early childhood, the future rock musician was interested in music, and in the preparatory school, he showed himself as a talented, purposeful and smart boy. He was quite a disobedient child with a blusterous temper, which did not prevent him to get good marks in school.

In 1953 David Bowie’s family moved to Bromley, where he went to Burnt Ash Primary School. In school, he actively began to study music and attended the school choir and music lessons, where teachers noticed his incredible ability to interpretations. When he first heard the songs of Elvis Presley, David decided that he would become a pop star. He persuaded his father to buy him a ukulele and made himself the tea-chest bass to participate with his friends in skiffle sessions. The passion for music had a negative impact on his marks, as a result, Bowie failed the final exam and went to the Technical High School.

In Technical School, the future rock star discovered modern jazz and decided to become a saxophonist. Then he had to work as a loader at the local butcher shop to buy his first Selmer saxophone made of pink plastic, and a year later his mother presented David white Alto saxophone on Christmas. Bowie had an accident at the age of 15. He fought with a friend in School and received a serious injury to the left eye. The musician was in the hospital for the next four months, where doctors performed several operations to prevent blindness. Unfortunately, they could not fully restore the eyesight, and the singer partially lost color perception, and the eye began to see everything in a brown color that gave the impression of Bowie’s different colored eyes.

Before graduating the future legend of rock music could play many musical instruments, such as guitar, saxophone, keyboards, harpsichord, electric guitar, vibraphone, ukulele, harmonica, piano, koto, and percussion. Although the singer was left-handed, he used musical instruments as right-handed and played a right-handed guitar.

David Bowie’s musical career began with creating his own band the Kon-rads, where he played rock and roll at local weddings and parties. But the ambitious young musician did not allow himself to stay in the band and he joined another band The King Bees. Working with a new band, David Jones wrote a bold letter to the millionaire John Bloom and suggested the oligarch become his producer and earn another million. But Bloom ignored a young musician and passed the letter to one of the publishers of the Beatles’ songs Leslie Connes, who became interested in Bowie and concluded the first contract with him.

Then David took the stage name Bowie to avoid confusion with popular in those years Davy Jones from The Monkees. The star named David Bowie was born on January 14, 1966. Then he started to play in the famous Marquee club in the Lower Third band. The first few recorded songs of the singer were a complete failure that led to the breach of the contract with Connes. Then Bowie released his debut album and recorded the sixth single, which also didn’t get into the charts.

The first failure in the music world made the musician to abandon the realization of his dreams for a few years. He plunged into the world of theatrical performances and joined the circus. By studying dramatic art, Bowie fully immersed in creating images and characters, which later conquered the whole world.

David Bowie had the first musical success only 7 years after the beginning of his career. His single Space Oddity in 1969 hit the top five UK Singles Chart. Then he released the album under the same name which became successful in Europe.

In 1970, the musician released his third album The Man Who Sold the World, where he used a heavy rock. Critics called this record “the beginning of the era of glam rock”. Later the singer created his band Hype and gave his first large concert, performing under the name of Ziggy Stardust. He made a splash in the music world and reached his peak of stardom.

Worldwide fame came in 1975 after the release of the album Young Americans, which included the song Fame, which became the first hit in the United States. During that period, he performed on stage in the image of the Thin White Duke singing rock ballads. In 1980, Bowie once again blew up the music world with the album Scary Monsters, which brought him not only fame and recognition but also a huge profit. Then he began working with the popular band Queen and recorded the song Under Pressure, which became a №1 hit in the UK charts. In 1983, the musician released his next successful album with dance music Let’s Dance, which became a bestseller, its sales reached 14 million copies.

In the early 1990’s, the singer began to experiment with images and genres, and gained the status the “chameleon of rock music”. While adroitly maintaining his personal image, he constantly changed musical directions and the theme of songs, performing in different ways. During this period, he released several albums, the most interesting and concept one was the 1 Outside. In 1997, the musician celebrated his 50th anniversary in Madison Square Garden, where he was awarded a star on the Hollywood Walk of Fame for his invaluable contribution to the recording industry.

The last David Bowie’s album was Blackstar, which he released on January 8, 2016, on the day of his 69th birthday. It includes 7 songs, some songs will be used in the Lazarus musical and in the series the Last Panthers. During his musical career, the musician released 26 studio albums, 9 live albums, 46 collections, 112 singles and 56 videos.

Besides music, David Bowie played in movies such as Just a Gigolo, The Hunger, The Linguini Incident, Velvet Goldmine. The last role of the legendary rock musician was Nikola Tesla in The Prestige, where he played alongside with Hugh Jackman and Christian Bale.

David Bowie died in London on January 10, 2016. The legendary rock star died of cancer after 1 and a half years of unsuccessful treatment. Singer’s health problems began in the mid 1970’s when he was addicted to drugs. Despite the fact that singer managed to get rid of drug addiction, it badly affected his health as Bowie suffered memory lapses, and said that his mind was “like Swiss cheese”.

In 2004, Bowie underwent a serious heart surgery because of the congestive heart failure. He underwent angioplasty and it took time to recover. Then he rarely performed and reduced the number of his concerts. In 2011, there was information that the “chameleon of rock music” ended his career, but in 2013 he once again made happy his fans by releasing new albums.

David Bowe dead being with the family and with the support of loved ones. Before the death, he managed to celebrate his 69th birthday, marking it with the release of the new album Blackstar. The musician left a rich musical heritage to the world, having sold over 136 million records and CDs.

The legend of rock music joined the list of the 100 Greatest Britons in 2002 and received the title of the most popular singer of all time. In 2006 he was awarded the Grammy Award for contribution to the development of world music.

Fans were always interested in David Bowie’s personal life due to the fact that in the mid-1970’s, he announced his bisexuality. Since then, David Bowie’s sexual orientation was massively discussed in the society, despite the fact that in 1993, he denied his confessions, and said that it was the biggest mistake of his life. Rock musician associated his past interest in Homo- and bisexuality with “popular trends” of that time, but not with his real feelings. He stressed that creating an image of a bisexual, he managed to achieve fame and turn his dreams into reality.

The rock musician was married twice and had two adult children. In 1970 Bowie married model Angela Barnett, who in 1971 gave birth to a son, Duncan Zowie Haywood Jones. Their marriage ended in divorce 10 years later. In 1992 David Bowie married again, his second wife was model Iman Abdulmajid. In 2000 the couple had a daughter, Alexandria Zahra.

• The Man Who Sold The World

• Never Let Me Down 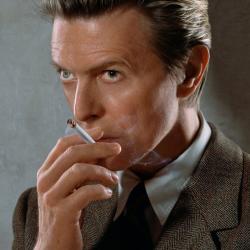