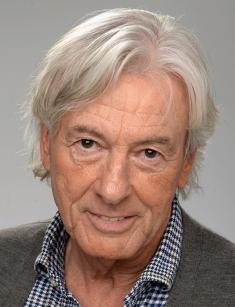 Paul Verhoeven is perhaps one of the most controversial and scandalous directors in the film industry. The Dutchman loves clichés, but each of his films brings something new to the viewer's life and makes them think. It is difficult to find a person who has not seen at least some of the famous films of the master, because it was Verhoeven who created Basic Instinct, Total Recall, RoboCop, and other remarkable motion pictures.

Unfortunately, some moments from the biography of Paul Verhoeven are shrouded in mystery. For example, there is a lack of information concerning the infancy of the film master. On July 18, 1938, in the largest city of the Netherlands, Amsterdam, a country teacher, Wim Verhoeven, and a hat maker, Nel van Schaardenburg, had their firstborn and named him Paul.

Paul spent his childhood in fear and despair because a year after he was born began the most massive armed conflict in the history of humankind – World War II. Holland was one of the first victims of the bloody events: Hitler's troops occupied the state in 1940. The Verhoeven family moved from Slikkerveer to the Hague, which at that time was a military base of the surrounding Nazi forces.

The boy would fall asleep to the loud noises of bombing and often saw the burning planes and bloody corpses. This terrible event left an indelible mark on the soul of the future director and affected his later works: it is this event that made the violent scenes in the movies by Verhoeven look so realistic.

It is known that during boring classes Paul entertained himself by drawing and willingly made black and white sketches illustrating the ruthless torture of people. After school Verhoeven liked to go to local cinemas: the boy saw his first movie at the age of ten, it was the Technicolor science fiction drama film The War of the Worlds directed by Byron Haskin (1953). Then the young man already had an idea of how a decent movie should look.

After graduating from high school, Paul enrolled at Leiden University, and in 1960 the young man graduated with a doctorandus (M.Sc.) with a double major, in Mathematics and Physics. At the same time with his study at the University, Verhoeven attended classes at the Netherlands Film Academy.

When Paul went to serve in the Royal Dutch Navy, he was assigned to the film production department, where he worked on propaganda films for the Royal Dutch Marine Corps. The director said that his works somehow got into the hands of TV producers who offered the young man to shoot his own series. These events determined the Verhoeven's way to the big screen.

Paul's work can be divided into two periods - Dutch and American. The director used to say that in his native country he had more freedom of expression in art than in the famous Hollywood. However, it should be noted that Paul refers to capitalism in the United States with irony and openly expresses it in his films. His American characters wearing "Hollywood labels" look absurdly comical. The audience has learned to take this style of Verhoeven as gospel.

Business Is Business (1971) was the first full-length film in Verhoeven’s filming career, starring Ronnie Bierman and Sylvia de Leur. The comedy film tells the story of a woman who makes a living by prostitution. However, when the prostitute falls in love with a client, she realizes that business and love are incompatible concepts.

In 1973, Paul shot a passionate love story Turkish Delight. This film is full of intimate scenes, but the connection between a man and a woman is shown not in the Hollywood soppy style, but as realistic as possible: Verhoeven was never afraid to shock the audience, shooting intimate scenes, seasoned with "hot sauce" of liberated sex and outright violence.

"Dutch artists such as Rembrandt never sought to make the reality look better than it is. I do the same. Not once did I fell that I had crossed the line. At least in my homeland, the Netherlands. The American film industry is a completely different story, naturally," - Paul said in one of his interviews.

The eccentric movie Turkish Delight was nominated for an Oscar in 1973 for Best Foreign Language Film. This film can rightly be considered one of the most successful projects in the Netherlands: almost every third Dutchman managed to see this adult movie of Verhoeven.

It is worth saying that thanks to Verhoeven his fellow countryman Rutger Hauer, who played the character of Eric in the film, received universal recognition and fame. According to the director, this talented actor reflected his alter ego and was the embodiment of the "light side of nature" (while another favorite actor of Paul, Jeroen Krabbé reflected the "dark side"). Hauer for fifteen years participated in numerous projects by Verhoeven, but in 1985 their creative union broke apart.

The bone of contention between them was the disagreement that arose on the set of a romantic historical adventure drama film Flesh and Blood, where Rutger played the main character. The actor believed that this bloody film could harm his career, so he refused to obey the director unquestioningly, and it provoked the conflict.

Paul Verhoeven showed himself as a versatile director who can work in any genre. For example, in 1979, Verhoeven shot a sports melodrama Spetters, telling about the problems of reckless youth, and in 1987 he released a cyberpunk action film RoboCop with Peter Weller and Nancy Allen as the leading actors.

Even if the Dutch works of Paul were known only to devoted fans, those movies, which he shot in the United States, truly made history. In 1990 the famous film Total Recall came out. Fun fact: after watching Robocop Arnold Schwarzenegger (who played the leading role in Total Recall) achieved the approval of the script all by himself and insisted that Verhoeven should direct the movie.

In 1992, Paul continues to climb to the top of his fame, making another legendary film Basic Instinct: the famous scene with Sharon Stone, satisfying the "voyeuristic" desires of the director is still being discussed by journalists and film critics around the world.

Despite the continued success, soon Paul Verhoeven experienced a total failure. In 1995, he produced the film Showgirls with actors Kyle MacLachlan, and Elizabeth Berkley. The shocking picture was nominated for the Golden Raspberry Awards in a record thirteen categories, seven of which were award-winning. Verhoeven was the first director to accept his anti-award.

In 2006, Verhoeven became the director of the war drama thriller film Black Book, the script of which was written back in 1977. The film tells the story of World War II, and the master tried to portray that terrible atmosphere as realistic and natural as possible. The horrors of the war, Nazism, acute intricacies and suspense - all that awaited the audience of this scandalous motion picture.

Paul does not like to speak about his personal life, preferring to keep family secrets behind closed doors. The director is married to Martine Tours, who gave birth to their three children. It is known that his wife strongly supports her significant other, advising him when it comes to his creative work.

For example, when Verhoeven considered the script of Robocop to be a stupid action movie and threw it in the trash, Martine, who took the script from the trashcan, was able to see in the story of Alex Murphy multilayered satire and symbolic elements. The director's wife made her husband read the text until the end, and thanks to that, the audience saw the adventures of the Robocop.

It is noteworthy that Paul likes the works of Russian writer Boris Akunin. The Dutchman bought the rights to the book The Winter Queen in order to direct a conspiracy detective movie, in which Milla Jovovich was supposed to become the leading actress.

It is also known that Paul made his debut as a writer. In 2017, the book by Verhoeven Jesus of Nazareth was published.

According to rumors, the master is preparing to shoot the movie Benedetta, which is to be released in 2020. 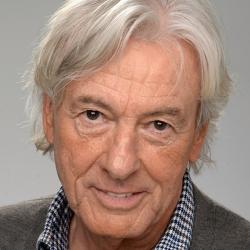