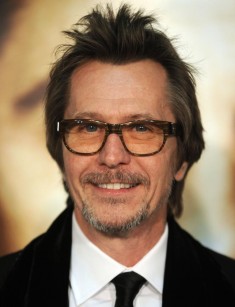 Gary Oldman is a Hollywood theater and movie actor. Gary Oldman became popular after he had played the major roles in the movies "Sid and Nancy" and "Prick Up Your Ears". At that moment movie- critics called Oldman the best young actor of the modern times. Oldman strengthened his popularity by taking part in two cult franchises. The Commissioner Gordon from the trilogy about Batman directed by Christopher Nolan, Sirius Black form the series of the movie about Harry Potter, based on the same-titled best-seller book, - all these characters are strongly associated with the name of Oldman. Gary Oldman became famous as the performer of controversial roles.

The fans like the actor for his performance of the villains’ and tricksters’ roles. Gary Oldman appeared in such roles in the list of the iconic movies for the world cinematography: "Léon", "Dracula" directed by Bram Stoker, "The Fifth Element", "Interstate 60", "Tinker Tailor Soldier Spy".

Gary Oldman was born on the 21st of March, 1958. His mother was a housewife and his father worked as a welder. The family was leading a poor life, that's why Gary and his two sisters didn't have toys and other children's pleasures. The things became worse when their father left them; Gary was 7 at that period of time. At first, his father visited them rarely, but in a short time he stopped caring about their life – the man was constantly drinking and his mind was elsewhere. Later Gary found out that his father was dead.

The reality was not merciful for the future actor. His only joy was his studies at the youth theatre, which he was visiting since he was14 years. The teenager was given different roles and he did his best. Though, strange as it may seem, at that time Oldman didn't think about the acting career.

When Gary had reached 16, he dropped out of the school; he was selling sporting equipment and in his free time he was studying literature and playing the guitar.

The young man had a turning period in 1975, when he saw the movies "The Raging Moon" and "If only…". He was deeply impressed by the acting. He decided that he would act in the movies and would learn to transform into other characters masterly.

The same year Gary Oldman decided to enter the Royal Academy of Dramatic Art, though he didn’t impress the strict examiners. One of the jury members suggested the young guy choose another profession. Oldman ignored him. He entered Rose Bruford College of Theatre & Performance and in 4 years he received a Bachelor’s degree with distinction. Moreover, the student obtained the study grant.

Next 9 years he spent acting at London State Theater, also he went on tour to Europe and South America. He was recognized by the prestigious Theater Awards. But his major success was ahead.

Oldman started his creative career in 1982 with the movie "Remembrance". Five years later Gary played his famous role in the movie "Sid and Nancy", which brought him a couple of awards, among them - London Critics Circle Film Awards.

After this huge success, Hollywood movie directors took notice of the ambitious actor. Soon Gary Oldman began to act in the cult movies.

In 1987 the movie "Prick Up Your Ears" came on the screen. It became popular in no time, and the actor got a great number of offers form the famous movie directors.

Oldman took part in the movie "Criminal Law", "Dracula", " JFK" etc. His roles in this movies made Gary Oldman one of the most demanded Hollywood actors.

Being a popular actor, Gary continued to play roles in the movies. Movies featuring Gary Oldman were successful and high-grossing. Among his movies - "The Scarlet Letter", "The Fifth Element", "Tiptoes", " Air Force One".

There are two peculiar movies in Gary Oldman’s career. These two movies are "Léon" and "Nil By Mouth". "Léon " became the first non-English movie in the filmography of the British actor, and the movie "Nil By Mouth" was his first experience in the role of a scriptwriter and director.

Gary Oldman was honored with a prestigious award for his special contribution to world cinematography at the American Film Festival in 2001.

This year set the beginning of the new phase in his career.

The later roles of Oldman are characterized by the diversity and drama. Even in "Batman" and "Harry Potter" the actor succeeded in presenting the inner depth of his characters.

It’s worth highlighting the following movies among the works of the later period - "Planet 51", "The Unborn" and "Tinker Tailor Soldier Spy". For the latter movie, he received the Empire Awards for Best Actor Award and was nominated for an Academy Award.

Garry's Hollywood colleagues call him "the actor of all actors" because he possesses an obvious talent for transforming into his characters. In each role the spectator can hear a particular speech; the audience sympathizes with his charming villains; his historical characters turn out to be very realistic and natural. Even when playing supporting roles, Oldman outshines major characters. The actor is brilliant even in bad movies.

Gary Oldman was married four times. In 1987 he got married to the actress Lesley Manville. This union didn’t last even 3 years. They separated because of Uma Thurman, with whom Gary fell in love.

In 1990 Oldman and Thurman got married, but two years later they separated. During this period Oldman used to drink and had been treated for alcohol addiction at the clinic. Uma Thurman referred to alcoholism of her husband as a reason for divorce.

Five years after the actor broke up with Thurman, he married Donya Fiorentino. Donya – is a professional photographer. She gave birth to two Gary’s sons. The actor has four sons, and one of them was adopted. In 2001 the couple separated. Donya Fiorentino claimed, that alcohol addiction of her spouse got worse because of drug addiction. She complained that her husband humiliated her and raised his hand to her.

The Jazz singer Alexandra Edinboro became his fourth and last wife. They got married in 2008 and they are together today.

In April 2016 the science-fiction thriller "Criminal" came on the screen. In this movie, Gary Oldman played the part of Walker Walls. The movie showed the experiment of transferring the Special Agent's memory into the brain of a dangerous criminal so that the security services would be able to reach the leader of the terrorist organization.

In 2017 there was a premiere of the youth romantic fancy movie "Space Between Us". Here Gary Oldman performed the father of the main character – the boy, who was brought up in the secret laboratory on Mars.

In August 2017 the actor appeared in the role of the major antagonist – Eastern European dictator Vladislav Dukhovich in the comedian action movie "The Hitman’s Bodyguard". The main characters of the movie are professionals in the opposite spheres and mortal enemies in the past, who have to unite their efforts to go up against the dictator.

The leading roles were performed by Samuel L. Jackson and Ryan Reynolds.

In November 2017 Gary Oldman took the leading role in the autobiographical drama "The Darkest Hour" directed by Joe Wright. The actor played the role of Winston Churchill during first months of the World War Second.

Also at the end of 2017, the actor performed the leading role in the thriller "Hunter Killer". The United States Marine Forces department "Hunter Killer" appears in the center of the events and its main goal is to save the world again.

Moreover, Gary Oldman announced his own project under the title "Flying Horse". In this biographical drama, Oldman will appear both as actor and scriptwriter, and even director. The plot of the movie will tell the story of Eadweard Muybridge, photographer of the late 19th century, whose artworks and observations anticipated in some part the Lumiere brothers’ discovery. 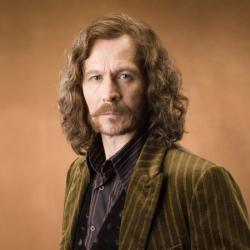