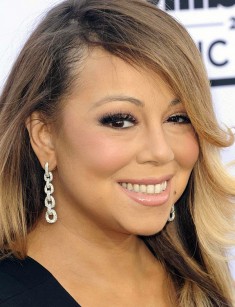 Mariah was born in March 1970 in the family of engineer Alfred Roy Carey and opera singer Patricia Hickey. Her zodiac sign is Aries. Carey inherited her singing talent from her mother, who was also the daughter’s first vocal coach. The parents’ marriage did not last long, in 1973 the man left his wife and three children.

It is not easy to determine Carey’s nationality. Her father was a Venezuelan of African descent, and her mother was an American of Irish ancestry.

This loneliness affected the character of the future singer. She skipped school, refused to do housework, spent a lot of time with friends. After graduation, Mariah decided not to continue her studies. The girl went to New York to pursue a music career. At first, Carey worked as a backup singer and moonlighted as a waitress in a bar.

Mariah did her best to find her path in the music business. It was Tommy Mottola who cooperated with the singer since 1990. The producer helped Mariah write the album Mariah Carey, which was a stunning commercial success.

The next album Emotions, released in 1991, only increased to the girl's popularity. Carey married Mottola shortly before the release of her third studio album Musicbox in 1993. The hit single of this disc was the song "Hero." Carey performed this song in 2009 at the inauguration of the 44th president of the United States, Barack Obama.

Mariah started her music career with the pop and R&B genres, but, the singer began to perform hip-hop songs comparing her career development and the current musical trends. Her first album with songs of the new genre was Rainbow. The album featured such famous personalities as Busta Rhymes, Jay-Z, David Foster, Snoop Dogg, Missy Elliott. Fans of Carey’s soulful singing did not expect that the singer would change the genre and style of performance. Thus, they began to lose interest in her work.

Some crisis in the artist's career did not prevent her compositions from topping the charts.

In the late 1990s, the artist not only recorded music albums but also attended acting lessons. In 1999, the first film with Carey was released, it was called The Bachelor. From 1999 to 2013, the actress starred in almost a dozen movies. Carey’s music videos had more views due to her acting skills. In 2001, Carey suffered a nervous breakdown due to the creative crisis.

The success of the album Emancipation Of Mimi, released in 2005, changed the situation. Mariah became very famous again. In 2006, the singer went on a concert tour, which was the most successful in her career. All tickets were sold out at Carey’s every concert, and the audience was excited by the show.

In 2010, Mariah recorded her second Christmas album. The disc was entitled Merry Christmas II You. One of the Christmas singles featured the teenagers’ idol of that time, Justin Bieber. They performed the song "All I want for Christmas" and shot the festive style video.

The same year, the singer found out that she was pregnant. Mariah restarted her career and tours in 2013.

When Mariah took the first steps in American show business, Whitney Houston was already its bright and recognized queen. The two women’s amazing singing made them objects of comparison. The American press wrote about the two singers’ conflict several times. The situation changed when in 1998 Carey and Houston recorded the soundtrack for the cartoon The Prince of Egypt. The singers’ joint work "When you believe" became a hit and the beginning of an advertising campaign that refuted rumors about the rivalry between Mariah and Whitney.

Two singers’ photos, the same dresses at the awards ceremonies and interviews proved to everyone that the romantic performers had friendly relations.

After Whitney’s tragic death of alcohol abuse and antidepressants overdose, Mariah said in an interview that she regretted the loss of the great singer and friend.

Mariah Carey married her music producer, Tommy Mottola, in 1993. In 1997, the couple announced a divorce. By that time Carey was already a famous singer, and fans were interested in her personal life as well as her career. At different times her boyfriends were Christian Monzon, Luis Miguel, Marcus Schenkenberg, Eminem, Derek Jeter. After several love affairs, Mariah married again.

Nick Cannon became Carey’s second husband. The couple married in April 2008. The second husband was ten years younger than the singer. They had children in this marriage. The fraternal twins, Monroe and Moroccan Scott, were born in April 2011.

Presumably, Mariah's children were conceived via IVF. There was information on the Internet that the singer experienced fertility problems, she was treated for a long time and repeatedly tried IVF, but each time she failed. Fans believe that it was the reasons for Carey to gain so much weight.

Carey and Cannon’s family lasted about six years. Three years after the birth of the twins, the couple filed for divorce. The singer worried so much about the breakup with Cannon that she lost her voice for a while.

In early 2016, it became known that the artist was engaged to billionaire James Packer. They began dating in the middle of 2015. After the engagement, Mariah and her children moved into Packer’s house. The singer was preparing for the wedding, scheduled for the summer. She bought an expensive dress, made a guest list. There was even information that the couple managed to draw up the marital settlement agreement.

The wedding was canceled, the relationship between Carey and Packer ended. There is an opinion that the cause of the break was Mariah’s unfaithfulness. In February 2017, she released the song "I don't," which was devoted to Carey’s failed engagement.

At the concert in 2017, the singer simply shocked her fans, when she appeared in a sexy body liner weighing 120 kg. But the fans tried to explain it, assuming that she could not get over the breakup with James Packer.

At the end of 2016, the singer confirmed that she was in love with a dancer of her team. Bryan Tanaka is beautifully proportioned and 13 years younger than his girlfriend. The singer does not hesitate to post their photos on Instagram, some of them are sexy. The singer's friends believe that Mariah wants to marry Tanaka, despite the dancer’s age.

In September 2017, Mariah Carey gave a tour of her closet for Vogue USA Magazine issue. The singer has an incredible collection of bags, shoes, and underwear. The singer loves her corsets and dressing-gowns so much that she had a separate room for them. But she made even more space for shoes. There are more than 1000 pairs of shoes.

At the end of 2017, there was the information on the Internet that the singer dared to desperate action to lose weight. She did not like the weight of 120 kg at all. The woman underwent gastric sleeve surgery, an operation to remove some of the stomach. Thanks to this procedure, a person's appetite decreases, and he quickly loses weight.

The results were not long in coming. The star quickly lost weight. She became so slim that people began to suspect her of using Photoshop. Nowadays, the pop diva is fighting fit, her height is 175 cm, and the weight is about 64 kg.

In May 2018 it became known that the singer decided to say goodbye not only to excess kilos but also to her unsuccessful past. Mariah sold the ring, which her boyfriend, billionaire James Packer, presented her. She managed to sell it for $ 2,1 million, while Packer bought it for $ 7,5 million.

In 2018, Mariah Carey was also nominated for the Golden Globe Award for Best Original Song for the cartoon The Star. By the way, there was a curious incident with the singer at the ceremony. During one of the breaks, she left the hall, and when she returned, she sat in the wrong seat. It was the first free chair next to Steven Spielberg, and previously Meryl Streep sat there. After the incident, the singer apologized to the actress publicly on Twitter, and Streep answered that she could take her place at any time.

2016 was a complicated year for Carey, but it brought not only a broken engagement with James Packer. The end of the leap year brought even more problems. Times Square 2017 New Year Eve concert caused a wave of negative criticism. During the performance, equipment was broken. As a result, the fans found out that the singer sang along to the tape.

Carey was shocked that she could not perform well, and left the stage. Hundreds of offensive posts of fans who were in Times Square immediately spread on the Internet. The next morning the Internet and newspapers described Mariah Carey’s failure.

The organizers of the event refused to be responsible for the accident. Carey decided to continue her career, despite the failures in the past.

However, in November 2017, Mariah was involved in one more scandal. The singer was accused of racism and harassment. One of her bodyguards said that Carey humiliated him using racist abuse. One day she asked him to bring a suitcase to her hotel room, where she met the man wearing sheer lingerie and tried to seduce him.

The singer’s lawyers tried to settle the suit out of court. According to TMZ, the bodyguard was offered a certain sum of money to resolve the conflict, but he was not satisfied with the amount. 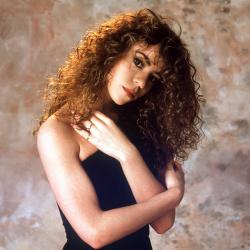