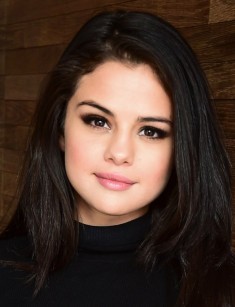 Selena Gomez is a young star of the children's and youth television channel "Disney", where she worked as an actress and TV presenter. The roles in the series made the girl popular. For the shooting in the youth television series "Wizards of Waverly Place" Selena won the "Kids' Choice Awards" and "ALMA Award".

The girl showed her talents in other spheres. Fans know Selena Gomez as an actress, singer, songwriter, composer, producer, designer, and model. Also, the young celebrity pays attention to charity. She is a UNICEF Goodwill Ambassador.

Selena Marie Gomez was born on July 22, 1992, in Texas. The girl was named in honor of the popular American singer Selena.

Selena lived with her family in Grand Prairie but when her parents broke up her mother took the girl to Los Angeles. Selena's mother is an actress. The girl visited castings with her. Looking at the actors, she copied their facial expressions, gestures. When Gomez was 6 years old she decided to become an actress.

By American standards, her family considered a middle class. But there were situations when the car ran out of petrol, and there was no money to gas up the car. The mother of the future star saved money in order to go with her daughter to a concert, a zoo or a museum.

In 2006, the woman married her second husband Brian Teefey. The girl has good relations with her stepfather, and on June 12, 2013, her sister Gracie was born. By then, Selena Gomez had already lived alone. In May 2010, she received a certificate of graduation from the school. She studied at home.

The creative biography of Selena Gomez began when the girl was just 16 years old. In 2008, the film "Another Cinderella Story" was released where Selene Gomez got the main role. It made her the main Disney actress. On the day of the premiere, more than 5 million people watched the film.

The actress played the main role in the film "Getaway" (2013), for which she was nominated for "Golden Raspberry".

In June 2016, the actress appeared on television, playing in the series "The Fundamentals of Caring", which was released in the "Netflix" application.

Also in 2016, Selena Gomez starred in the dramatic film "In Dubious Battle" by James Franco. The film was based on John Steinbeck's novel of the same name. It tells about the events of America in the 1930s, when trade unions began to appear everywhere. Thus, workers defended the right to decent treatment and good salaries. The premiere of the drama took place on September 3 at the Venice Film Festival.

Career Selena began her music career in 2008, signing a contract with Hollywood Records. She voiced the cartoon "Tinker Bell" and several feature films. A year later, there was a presentation of the debut album "Kiss & Tell". In 2010, Selena Gomez's next album “A Year Without Rain” was released, and in 2011, the singer recorded the third album.

The single "Love You Like a Love Song" from the third album became four times platinum. After that, the star took a time-out in a musical career for the sake of an acting career.

She again appeared in the recording studio in 2012. In April of the next year, her new single "Come & Get It" appeared. The single became platinum twice. The presentation of the solo album took place in July 2013.

In 2015, Selena Gomez signed a contract with Interscope Records. In February of the same year, she presented the song "I Want You To Know", recorded together with Zedd. In June, the single "Good For You" topped the music charts in 36 countries around the world.

In the autumn of 2015, Selena recorded a new single "Revival" and announced the world tour in support of the album. The singer started producing songs that will be included on the album.

In September 2015, a new song of the singer "Same Old Love" appeared, and in early October, a promo for the song "Me & The Rhythm" was released. In November, there was a premiere of the third single from the new album "Hands To Myself". Also, there were music videos for new compositions.

In January 2016, Selena presented a new single "We Do not Talk Anymore", recorded in a duet with Charlie Puth. The song was included on the debut album of the musician "Nine Track Mind".

In winter, Selena Gomez sang songs from her own new album on the TV show "Saturday Night Live". 5 million people watched the video.

In July 2016, the singer expressed her condolences to the victims of the terrorist attack in Orlando. In memory of the victims, Selena, along with Jennifer Lopez, Britney Spears and other singers of the label "Interscope Records" recorded the song "Hands".

On August 30, 2016, Selena Gomez announced a new break because of lupus.

Selena Gomez is a romantic person. When she was 12, she followed the popular American tradition to remain chaste before marriage.

In 2008, the girl was often seen with Nick Jonas but a year later they broke up.

Her next boyfriend was the actor Taylor Lautner. But later they also broke up.

In early 2011, the paparazzi made a photo of Selena and Justin Bieber. There were threats and insults written by angry fans.

In the spring of 2011, journalists reported that Gomez doesn’t wear the ring of chastity, although she was not married.

Also, there were rumors that the singer is pregnant but Selena Gomez denied it. The news about Selena's pregnancy began to appear regularly from 2011 until the final break of the musicians. But the speculation of journalists and fans turned out to be a lie. The singer does not have any children.

In 2012, Gomez and Bieber announced their break-up but a week later they appeared together. They finally broke up in January 2013.

In 2014, a scandal broke out. There appeared photos of naked Selena. The photo shows only a part of the girl's face and bare chest and some fans do not believe that it was the singer. The others believe that it was Selena because there was a similar lip contour and moles on the neck and chest. The photos of the dressed girl also cause excitement.

Fans repeatedly criticized the weight. She is 165 cm and her weight is 54-59 kg. Selena is not going to lose weight.

Because of the fact that singer stopped acting and singing, the journalists to become interested in the reasons. There appeared information that Selena has lupus. The singer at first did not comment on this information. But on October 7, 2015, Gomez confirmed the diagnosis. Selena honestly admitted that she had already completed several courses of chemotherapy. According to her, the treatment brought her to a pre-stroke state.

In January 2017, Selena began relations with a Canadian singer Abel Tesfaye, known under the pseudonym The Weekend. The musicians together attended different events and showed a warm relationship to each other. But publicly Gomez told about their relations only four months later on the radio, where she presented the new track "Bad Liar".

In February 2017, Selena returned to her music career and presented the single "It Is not Me", which she recorded in a duet with DJ Kygo.

In the winter of 2017, Selena shared a teaser of the upcoming drama series "13 Reasons Why" with her followers on the Instagram. The film is based on the book of the same name by Jay Asher.

Initially, Selena Gomez supposed to be the main heroine Hannah Baker but the directors preferred fresh faces in leading roles. Gomez became the executive director of the project.

On March 31, 2017, the series was released on Netflix. The main roles were performed by Katherine Langford and Dylan Minnette. The series focuses on the problems of teenage violence and suicides. At the beginning of the series, the main character committed suicide, and the series is based on flashbacks from the audio records left by the girl. Hannah reveals both the causes of a suicide and the problems and crimes of other students.

The series became popular in the US. Some schools included "13 Reasons Why" in the school program and encouraged parents to discuss the series with children. And other schools banned the mention of the series on their territory and recommended not to watch it.

The creators of the series position "13 Reasons Why" as a social project that draws the attention of viewers to the existing problem. 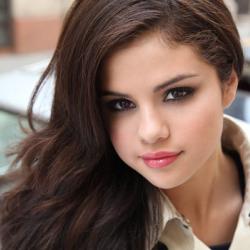