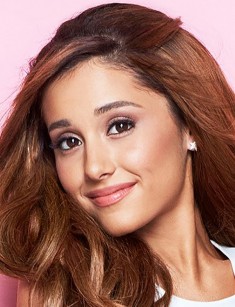 Ariana Grande’s songs are as popular as her films. Therefore, the American star who was born in the summer of 1993, can be called a successful actress, and a famous singer. Despite the young age, the girl has a huge army of fans around the world. They are looking forward to the release of Grande's new albums, films, and TV shows.

Ariana Grande-Butera was born in the small town of Boca Raton in eastern Florida. Her parents are creative and successful people. When their daughter was born, the father was the owner of the graphic design company, and her mother worked as an executive director of the company which was engaged in the installation of alarm systems and telephone communications.

The parents welcomed and encouraged any creativity in their children, eldest son Frankie and daughter Ariana, in every possible way. Frankie is a successful actor and producer nowadays. Looking ahead, he is Ariana’s producer.

When the daughter was eight years old, her parents broke up. But the girl has saved warm relations with both parents. After all, they did their best to ensure that the girl achieved success because she showed good acting and vocal abilities in the first years of her life. The daughter was sent to the local children's theater when she barely learned to speak. And when it became clear that the baby had extraordinary abilities, her parents transferred her to a professional theater.

Ariana Grande’s musical and acting career is so closely intertwined that they cannot be divided. The talented vocalist trained her voice under the guidance of the famous Hollywood coach Eric Vetro, who earlier improved the vocals of such stars as Pink and Katy Perry. After his master classes, her brother took up the career of a young artist. Grande debuted in the musical Annie, followed by other equally successful musical performances The Wizard of Oz and Beauty and the Beast.

Ariana Grande’s creative biography developed rapidly. At the age of 14, the girl was cast in the Broadway musical 13 of Jason Brown. The director entrusted her the role of Charlotte. The singer and actress won her first prestigious award of the National Youth Theater Association for this work.

The success of the musical allowed the artist to continue her education in the North Broward Preparatory School. But the directors swamped the girl with offers, which she could not refuse. Therefore, she had to study remotely and at home.

In 2010, Ariana Grande first appeared on the big screens. She starred in the rating sitcom Victorious by Dan Schneider. The tiny brown-haired girl changed her hair color to purple, as it was required by the role. At the same time, the girl developed her vocal career. She performed together with her colleague Miranda Sings at the popular New York nightclub Birdland. She also took part in the rating TV show Brain Surge.

The first musical album of the star was released, as soon as she turned 18 years old. It was called Put Your Hearts Up. The disc was incredibly popular with the American youth and attracted even more attention to the actress.

She did not disappoint her fans and the same year she appeared on the screen in the popular sitcom Winx Club, where she played Princess Diaspro. And in 2012, the actress returned to the theatrical stage again. This time she sang in the musical Cuba Libre of Desmond Child and starred as Snow White in the play A Snow White Christmas.

The young American woman achieved surging popularity after the release of the series Sam & Cat, which was the continuation of the two sitcoms Victorious and iCarly.

The year of 2013 became surprisingly generous for the singer. She produced for her fans two studio albums Yours Truly and Christmas Kisses. Critics and fans noted pleasant changes in the vocals of the girl as her voice became more "adult", and her craftsmanship has increased noteworthily.

It is noteworthy that Ariana Grande perfectly simulates the voice of such stars as Britney Spears and Shakira. In 2015, actress’s fans saw her in the series Scream Queens, where she brilliantly played with Lea Michele, Emma Roberts, and Nick Jonas.

It is known that the singer and actress actively support the LGBT community and participates in the work of the Happy Hippie Foundation, which was founded by her colleague Miley Cyrus.

In the spring of 2016, Ariana Grande with her single "Dangerous Woman" was in the TOP-10 of the most popular hits of the Billboard Hot 100 chart. She managed to become the first singer in the 57-year history of that chart to have the lead singles from each of her first three albums debut within the top 10.

In the summer of 2016, the actress was cast for the role of Penny in the new musical Hairspray Live!. Its premiere is scheduled for December. And in August 2016 Ariana Grande and Nicki Minaj sang in a duet at the MTV Video Music Awards. This is an annual music award.

Ariana Grande advertised her new album Dangerous Woman with the song "Side to Side". The star released the album at the end of 2016.

Nowadays, the artist is fully focused on the development of her career, which is on the rise. But Ariana Grande's personal life also does not stand still.

The tiny beauty lady has already had several short love affairs with famous men. In the autumn of 2014, star fans saw her relationship with the rapper Big Sean. But in the spring of next year, it became known that the affair was over.

The actress was not alone even for a year. The same year, she was seen in the company of dancer Ricky Alvarez. The relationship had again a quick finale as at the beginning of summer 2016 the couple broke up. But at the end of the summer, popular American rapper Mack Miller was seen together with Ariana. 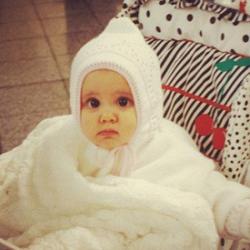