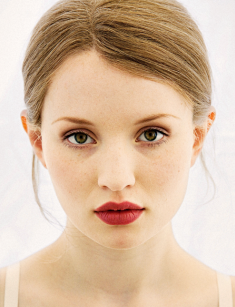 Emily Browning is an Australian actress and singer. She became famous for the role of Violet in the movie Lemony Snicket's A Series of Unfortunate Events, the film adaptation of the novel by Daniel Handler. The young actress could stay popular and continued to appear in world-famous films and TV series: Ghost Ship, The Uninvited, Sleeping Beauty, Sucker punch, The Host, Plush, Magic Magic, Summer in February, God Help the Girl, Pompeii, Legend and American Gods.

Emily Browning, whose full name is Emily Jane Browning, was born in December 1988 in Melbourne, Australia. Parents Shelley and Andrew Browning raised three children. Besides Emily, the family had two boys, Nicholas and Matthew. Democratic parents allowed children to develop in their own way. The family was filled with love and respect for the children’s hobbies.

Emily Browning was a creative person. The girl adored art with its different expressions. She loved English literature, was fond of design and photography. But the stage attracted Emily Jane most of all. From an early age, the young actress dreamed about the world of theater and cinema. She enjoyed performing on the school stage in small amateur productions. Once the father of one of her classmates saw the performance of an 8-year-old artist. The man was involved in theatre art and was struck by the acting skills of the little girl. He immediately advised her and her parents to develop the talent further and to think seriously about an acting career.

Soon, Emily Browning had an excellent opportunity to show her acting skills in front of a wide audience. The girl was offered to play in the film The Echo of Thunder. It was real luck. Emily got the opportunity to play with the Australian movie stars. Since then, Emily Browning began her acting career. She appeared in the projects The Man Who Sued God and Lemony Snicket's A Series of Unfortunate Events. In the first film, the girl played the daughter of the protagonist (famous Billy Connolly). In the second project, Browning met Connolly again. Besides this actor, brilliant Jim Carrey played there, and his acting impressed and made the young actress laugh so much that she could hardly resist not to burst out laughing and was afraid that she would be expelled for this incontinence from the set.

But viewers remember the Australian movie star most of all for the thriller The Ghost Ship, where she played Katie Harwood.

All this time, Emily Browning barely had time to study at Eltham High School. The shooting took a considerable amount of time and effort. The girl was forced to take a short break to pass the exams successfully and graduate. In 2006, Browning graduated from school. So there were no more obstacles between her and the cinema.

The acting career of the young, but already well-known Australian actress also had the film Ned Kelly, in which Emily played a very prominent role. Her partners were Heath Ledger and Orlando Bloom. Browning won the AFI Young Actor Award for her work in this successful film. At the time of graduation, the girl had three such prizes. Besides, her acting was awarded by the Broadcast Film Critics Association.

However, there was a 3-year break in Emily Browning’s career after graduation from high school. During this period, the young actress tried her hand at singing and modeling. The actress does not have the standard modeling body measurements, but the tiny girl (Emily's height is 157 cm, and her weight is 45 kg) still managed to win the love of photographers and editors of fashion magazines.

In 2006, she starred in a music video of the band Evermore. The following year, Emily Browning worked as a fashion model at the L'Oreal Fashion Festival. This occupation took a lot of time and effort, so she refused the role of Bella Swan in the film adaptation of Stephenie Meyer's novel "Twilight".

In 2009, Browning returned to the big screen. At first, she played a starring role in the American horror film The Uninvited. This project was immediately followed by another one, the thriller Sucker Punch. This move made Emily Browning very famous. Filming took place in Vancouver. Initially, Amanda Seyfried was cast in the project, but she left it due to disagreements with the director and producer. Emily replaced her. At the audition, she sang the favorite song of director Zack Snyder's wife. 21-year-old Browning got the role of Babydoll in the sensational film. It premiered in March 2011.

In 2011, Emily Browning also got another starring role in Julia Leigh’s film Sleeping Beauty. It is an Australian project, which premiered in Cannes. Emily was lucky again because initially her compatriot Mia Wasikowska was selected for this role. But she chose another project, the movie Jane Eyre.

Critics appreciate the film Magic Magic among the latest works of the Australian star. Emily Browning flew to Chile to film in it. It is a drama movie about a girl who went crazy. Two more projects with Browning should be mentioned. These are the films God Help the Girl and Summer in February.

The actress often shows fans her singing talent. For example, for the acclaimed film Sucker Punch, Emily recorded three songs: "Sweet Dreams (Are Made of This)," "Where Is My Mind?" and "Asleep." In 2013, Emily Browning released the mini-album Plush, and in 2014, the full album God Help the Girl, consisting of 11 songs.

In 2014, the actress appeared in the music video for the band Years & Years’s song "Take Shelter."

In 2015, Emily Browning played a leading female role in the crime drama Legend. The film is based on the novel “The Profession of Violence: The Rise and Fall of the Kray Twins” by John Pearson and tells about brothers Ronald and Reginald Kray, the famous British gangsters of the 1960s who were involved in the criminal business in London.

Tom Hardy played the roles of both brothers, showing the different personalities of the twins. One brother is a former athlete, and the other is a former prisoner of a psychiatric hospital with explosive outbursts of anger and violence. Emily Browning played the role of Reggie Kray 's wife. This marriage allows Reggie to strengthen ties with criminal business partners, but the married life is terrible. Reginald abuses his wife, who then leaves him and commits suicide.

The Australian star is single. For a while, Emily Browning had relationships with the English actor and model, Max Irons. The couple dated for a year, but in 2012, announced the breakup. Emily and Max said that the reason was busy working schedules and constant shooting in different countries.

Emily Browning has a tight shooting schedule, and most of the photos are devoted to new projects or social events on the actress’s official Instagram page.

Emily portrayed Laura Moon, the wife of the protagonist, Shadow Moon (Ricky Whittle). The plot of the series centers on the fate of a former prisoner, Shadow, who is released from prison a day earlier and is caught in the opposition of the Old and New Gods.

Mysterious Mr. Wednesday (Ian McShane) claims that it depends on Shadow who will win the war for the faith of people: Old Gods from Antiquity such as Odin, Zeus, Chernobog, Anubis and even Jesus, or New ones - the belief in technology, the media, money and a healthy diet, represented in a form of existence of Technical Boy.

The heroine of Emily Browning, Laura, is dead at the beginning of the series. The day before his release, Shadow finds out that his wife died in a car accident. It does not prevent Laura from participating in further actions. The dead woman regularly comes to Shadow to convince him to make the right decisions or tell facts unknown to the hero. 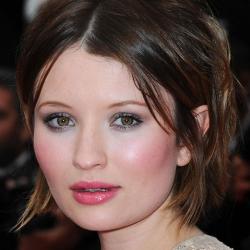