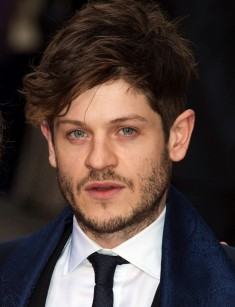 Iwan Rheon is a British movie actor, a singer, an author, and performer who has gained world recognition due to his leading roles in the cult series Misfits and Game of Thrones.

The British actor with the Russian name Iwan and the surname Rheon was born in the English seaport of Carmarthen in Wales. The boy’s parents were ordinary office employees. Iwan was the second child in his family. When he was born, his older brother Aled was already growing up at the family of Rheons.

In 1990 the family moved to Cardiff – the capital of Wales to have more possibilities for their maturing children. In Cardiff, Iwan began to attend the school in which there was a professional course. The boy took part in the amateur performances with great pleasure.

Moreover, Iwan discovered one more hobby for himself, and it was music. At the age of sixteen, Rheon became a member of The Convictions music band and began to compose and perform his songs.

After Iwan had taken part in the prestigious national literary and musical festival, he decided to choose the profession of the actor. Rheon set off for London and entered London Academy of Music and Dramatic Art.

After the completion of the studies at the academy, the young actor received a job at Liverpool Royal Court Theatre. In a short time, Iwan was entrusted with the role in the play Eight Miles High. A year later Iwan Rheon took part in the popular musical Spring Awakening. For his acting in this performance, he received the prestigious theatrical award of Laurence Olivier.

Iwan Rheon began his cinematic career in 2004 with the episode in the oldest Welsh melodrama People of the Valley which has been released since 1974. The talented British actor became popular only in 2009 when at first his compatriots, and later the foreign spectators saw the series Misfits. Rheon appeared in this series in the company of the following actors - Robert Sheehan, Lauren Socha, Antonia Thomas, and Nathan Stewart-Jarrett. Iwan received the role of one of the leading characters – Simon.

This series which tells the story of six juvenile criminals who began to have supernatural abilities after the lightning stroke has conquered the hearts of millions of TV spectators. Iwan’s character - Simon Bellamy was the calmest and rather unremarkable personage at the beginning of the series. But at the final of the project, he turned out to transform in one of the central figures of the plot.

In 2012 the British actor performed the leading character in the full-length movie The Rise. The critics admit that this crime drama with the small budget has earned a considerable box office only due to the talented acting of Iwan. Right after the release of The Rise there came out one more project – the movie Wild Bill. Rheon again appeared as the central character of the narration.

Even though the British actor performed in a couple of excellent projects after the Misfits, the public still remembered and associated the actor with his character Simon Bellamy. The actor has managed to create the new image for the public in the popular series Game of Thrones. When the project was released, the spectators began to associate the actor with one of the main characters of the blockbuster - the villain Ramsay Bolton. Rheon has brilliantly transformed into the cruel and violent sadist, who kills his victims with a smile.

It’s noteworthy that at the casting, Iwan proposed his candidature for the role of Jon Snow, who is performed by Kit Harington in the movie. But the director was so inspired by Rheon’s acting during the casting that he entrusted the actor with the role of the scoundrel.

Having a peaceful character in real life, Iwan has managed to represent the screen image of the villain with great credibility. By the words of the actor, it took a lot of efforts for him to act in the rape scene during the marriage night of his character with Sansa Stark (Sophie Turner) in the sixth episode of the fifth season. Before the shootings, the young man didn't sleep all night though usually, he wasn't worried about his role. There was an oppressive atmosphere on the movie set, and everybody understood that they had to keep emotions and to carry out their working duties.

Despite the negative traits, Ramsay’s image turned out to be expressive and memorable. Iwan Rheon has become famous overnight.

It’s worth noting that Rheon’s busy working schedule on the movie set and annual enrichment of the filmography haven’t prevented him from recording his four music albums which are so popular at the music lovers. Since 2010 he has released the albums Tongue Tied, Changing Times, Bang! Bang! and Dinard.

The British actor isn’t married. The personal life of Iwan Rheon is exposed at the permanent control of the paparazzi, but they didn’t manage to find something worthy. Rheon was said to have a love affair with the actress Antonia Thomas, with whom Rheon was shooting in the series Misfits. But there was no confirmation of this love affair.

Iwan was repeatedly seen at different secular events in the company of the charming colleague Sophie Turner. Later the actor was seen together with Zoë Grisedale. But there was no any other confirmation of these love affairs except the appearance on the red carpet and tender looks.

Such lack of compromising information has pushed some fans of the star to the conclusion that Iwan can be homosexual. But Rheon keeps the intrigue in this as well: he doesn't give any comments on the information, and neither denies nor confirms the rumors. Anyway, the actor is completely engaged in his acting and music career. His seldom photos on Instagram prove this.

Each year Iwan Rheon pushes forward the limits of his cinematic image. In 2017 the actor enriched his repertoire of with the versatile roles in five remarkable projects. In the mini-series Urban Myths Iwan has transformed into the image of the young Adolf Hitler in the episode Hitler the Artist. The friend of the future dictator was performed by Rupert Grint, the actor of the role of Ron Weasley in the movie Harry Potter.

The scandal connected with the episode about Michael Jackson has gained more popularity to this series. The successor of the rock icon Paris Jackson disagreed with the fact that the white actor Joseph Fiennes performed the role of Michael’s father. Michael's nephew Ty Jackson also supported Michael Jackson's daughter. As a result, the Sky company canceled the episode display because of the indignation of the celebrity’s successors.

The same year there was released the superheroic series Inhumans on ABC TV channel. In this series, Iwan Rheon appeared together with Anson Mount. Rheon received the role of Maximus, Black Bolt's brother who is the King of Inhumans. According to the plot, Iwan’s character is a smart and charming young man devoted to his clan. The actor’s fans could also enjoy Rheon’s acting in the Riviera in which Julia Stiles performed the principal female role. Moreover, Rheon appeared in the picture Sum1 as a soldier who saves the humanity from the aliens.

There have recently come to an end the shootings of the movie Daisy Winters featuring Brooke Shields and Iwan Rheon in the leading roles. There is still no information about the release date of this movie. In 2018 the actor began to work on the part in the musical drama Dirt in which there will be represented the story of the American glam-metal band Mötley Crüe. Iwan will transform into the guitarist of the music band - Mick Mars. The movie will be shown on Netflix TV channel. 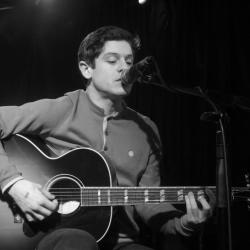