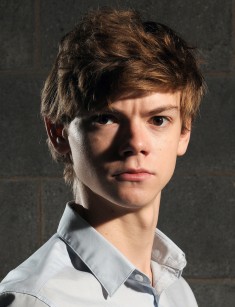 Thomas Brodie-Sangster is a young British actor who started participating in movies in his childhood. The audience knows him for Nowhere Boy, Nanny McPhee, The Maze Runner, and The Game of Thrones.

The future actor was born in London into the family of the professional actors, Mark Sangster and Anastasia Bertram. Thomas has a sister, Ava, who also devoted her life to art.

It is interesting that “Brodie” was Thomas’s middle name at first, but the young man turned it into the prefix to his second name when he grew old. Thus, the actor’s name is Thomas Brodie-Sangster.

The boy visited back stages in many theaters and absorbed the acting atmosphere. His mother often participated in plays; she appeared in the British detective series Agatha Christie's Marple as well. The father somehow changed his career and spent more time on music than acting in the course of time; however, he remained a permanent member of the troupe that staged the famous musical The Lion King. Finally, the actor Hugh Grant is Thomas’s second cousin. With this number of relatives engaged in cinematography, Sangster began to dream about an acting career from an early age. At 11, he got the chance to start making his dream come true.

Thomas Sangster debuted in 2001: he appeared in TV movies The Miracle of the Cards, Bobbie’s Girl, Stig of the Dump, and so on. To participate in the drama Entrusted, the boy learned how to play the piano; he won the Golden Nymph at the Monte Carlo Television Festival: Best Actor in a mini-series.

The tragicomedy Love Actually marked the young actor’s debut on the big screen; he collaborated with Keira Knightley and Colin Firth. Sangster played the son of Liam Neeson’s character and learned how to play another instrument, drums. The teenager’s father assisted him.

Nowhere Boy, the biopic about The Beatles, was marked with great popularity. Sangster played young Paul McCartney and had to use his left hand, like Paul: the actor even played the guitar that way.

The psychological drama Death of a Superhero about a teenager with cancer was the next brilliant work. Besides, Thomas appeared in several episodes of the famous series Doctor Who. In the much-spoken-about blockbuster The Game of Thrones, Sangster played Jojen Reed in ten episodes.

Newt from the youth anti-utopia The Maze Runner is, probably, the most famous work of the British actor. The movie is based on James Dashner’s novel under the same title. This action came out in 2014 and caused a mighty furor. Kaya Scodelario and Dylan O'Brien also starred in this project.

The movie tells the story about a group of young people caught in the continually changing the Maze. The teenagers remember nothing about their past and have no idea how they entered the Maze. At night, some monsters roam this place, and the Glade with its walls is the only safe spot. Little by little, monsters kill the young people, but a mysterious elevator delivers a new participant and food every month.

The next year, Thomas and other lead actors starred in the movie sequel, Maze Runner: The Scorch Trials. The teenagers manage to escape the Maze and even get fragmented explanations of why such horrible places were built. However, when the characters reach a safe facility, they notice the inconsistency in the facility leader’s words and flee to the external world, full of deserts, ruined cities, and infected people. They hope to find rebels who could truthfully explain what is going on.

In 2015, Sangster also appeared in the British mini-series Wolf Hall based on Hilary Mantel’s novels Wolf Hall and Bring Up the Bodies.

The same year was marked with another hyped project, Star Wars: The Force Awakens. Thomas got the secondary role of Petty Officer Thanisson. Although the actor’s facial features remind of a teenager, he managed to gain the role of an adult.

The movie continues the “old” trilogy; the iconic characters, such as Princess Leia (Carrie Fisher), Han Solo (Harrison Ford), and Luke Skywalker (Mark Hamill), appeared on the screen. The story involves the new generation of rebel heroes and the evil Sith.

Since an early age, Thomas Sangster has been focused on his acting career; according to the young man, he has no time for romances. Still, the Internet provides the information about the actor’s affair with Isabella Melling. She is also an actress and, by the way, the sister of William Melling who played Nigel Wolpert in the Harry Potter saga. Thomas never introduced Isabella as his girlfriend in public.

Some fans believe that their favorite actor is bisexual; there are some groups that post the data that allegedly proves Thomas’s close relationship with his friend and The Maze Runner colleague Dylan O'Brien. Thomas neither confirms nor denies these speculations and usually grins shyly when such questions are asked.

In addition to his acting career, Thomas Brodie-Sangster is also a musician: since 2010, he has been a bass guitar player in the rock group Winnet. This band is something like a family music project: Thomas’s mother is a vocalist, and his sister Ava participates there as well.

Similar to many of his peers, Sangster has an Instagram account and posts pictures with his friends, colleagues, and family.

In January 2018, the third part of the popular youth anti-utopia, Maze Runner: The Death Cure, came out. The premiere in the United States had been scheduled for February 17, 2017, but the administration of 20th Century Fox postponed the date so that the lead actor, Dylan O'Brien, had enough time to recover from the traumas he had got at the movie set.

The movie is the final part of the trilogy: the main characters reveal the last secrets of their reality and the Maze and fight those behind the experiment to receive the medicine for the deadly disease threatening the whole world. 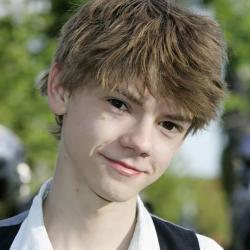