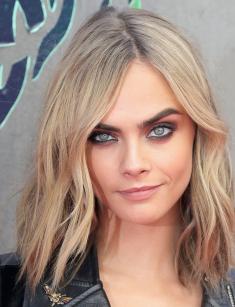 Cara Delevingne is a top model ща British origin. Cara Delevingne conquered the fashion industry and began to appear on the big screen. By now, Cara’s biography includes more than a dozen of movies and series.

Cara Jocelyn Delevingne was born in August 1992 into one of the most famous noble British families close to the royal dynasty. Cara’s grandfather was Sir Jocelyn Stevens, the former head of the registered charity “The English Heritage Trust” that managed the English architectural monuments. The young woman can also boast kinship to Diana, Princess of Wales – she is her second cousin once removed.

The Delevingnes live in the old mansion in Belgravia, the most prestigious and expensive district in Westminster. Cara’s mother Pandora is a personal shop assistant (shopper) working for the network of shops “Selfridges.” Her father Charles used to project buildings in expensive districts of London. Except for Cara, there are two more daughters in the family – the elder Chloe and the middle Poppy. Poppy Delevingne is a famous model working for Louis Vuitton.

Cara Delevingne’s godparents are the actress Joan Collins and the head of an English publishing house Nickolas Collins.

Cara Jocelyn had a change not to work and live carelessly, visiting social events in the high places among the British noble – she lived without the need. However, the girl wanted to earn money independently and prove everybody that she was not only a bohemian child but also a person.

Cara Delevigne’s biography is connected, firstly, with modeling. As the girl was going to the independent school Bedales, she was noticed by the actress and the founder of one of the modeling agencies Sarah Doukas who had found Kate Moss. It was Doukas who distinguished in a teen girl with suitable parameters (Cara’s height is 173 cm; her weight is 51 kg) the features of the future top model. Cara’s sister Poppy Delevingne had already been working for Doukas. Sarah persuaded 17-year old Cara to try her hand. That year, the girl debuted on the podium at the Clements Ribeiro show. In six months, Cara Delevingne took part in Burberry Pre-Fall collection runway show.

Three years later, in 2012, Cara Delevingne became the face of Burberry Beauty. Besides, she appeared in video ads of many other brands including Blumarine and Zara. She also took part in Chanel, Oscar de la Renta, Fendi, and Dolce&Gabbana shows. The model was involved in both runaway shows and photo sessions for glossy magazines and advertising companies. For this occasion, the British Vogue announced Cara Jocelyn Delevingne the star face of Fall/Winter 2012-2013.

In November 2012, Cara Delevingne was recognized as the Model of the Year, according to British Fashion Awards. At the end of the year, the young woman was offered a contract with Donna Karan New York. In 2014, Cara Delevingne became the face of Topshop and advertised the Fall/Winter-2014 collections.

The legendary couturier Karl Lagerfeld adores Cara – she holds a position among his favorite models.

The model’s flair is her expressive bushy eyebrows. Besides, Cara is a direct and sociable woman. She is outgoing, cheerful, and able to cope with a heavy workload. Cara is not afraid to go out without makeup; she does not make much effort to look perfect and never restrain herself when she wants to make faces in public.

Cara Delevingne is a person of many talents. Having much podium experience, she made up her mind to try cinematography. The first step is always troublesome: in 2008, the auditions for the role of Alice in Tim Burton’s movie were not successful, the director preferred a more experienced actress. However, in 2012, Cara celebrated the victory: she appeared in the movie “Anna Karenina” by Wright. It was a minor role of Princess Sorokina. Kira Knightley took the leading part of Karenina.

Cara Delevingne received the next offer in 2013: she starred in the detective “The Face of an Angel” that was out in 2014. The same year, the audience watched the young actress in the movie “Kids in Love” where Cara and her young colleagues played the familiar role of the gilded youth members of the bohemian London whose major activity was to waste their lives at private parties.

In 2015, Cara Delevingne pleased her fans with her participation in several movies, some of which brought the actress considerable popularity. Among them, two movies, “Pan” and “Paper Towns” stand out. In the latter work, Cara took the leading part. “Paper Towns” is a screen adaptation of the novel under the same title by John Green. It is the romantic and at the same time adventurous story about a girl who asks the guy who fell in love with her to punish her ex-boyfriend for cheating on her.

Cara continues to be in movies. In spring 2015, Luc Besson announced he had started making the movie “Valerian and the City of a Thousand Planets.” The director offered Delevingne the leading part.

Since childhood, Cara is used to freedom in her actions. She often shocks her fans by going beyond the limits. In modeling, it is not usually accepted to have tattoos, but Delevingne decorates her body with them regularly – she has already 10 tattoos. The modeling agency recommends her to stop, but the young woman continues to do tattoos and enter new good contracts.

In 2013, the omnipresent paparazzi caught Cara with a bag filled with some white powder and accused Delevingne of using cocaine. The scandal was hushed up, yet the sanctions followed: H&M broke the contract with the scandal-mired British model.

Cara Delevingne’s personal life is a good source for the tabloid press. Not long ago, Cara came out. While her first partners were men (the artist Tyron Wood, the One Direction singer Harry Styles), they were soon followed by women. Today, Cara Delevingne is openly gay.

The biggest scandal took place when Cara had a love affair with the actress Michelle Rodriguez known for her bisexuality. Cara and her girlfriend had rest together and did not hesitate to display passion in public.

In 2015, there were rumors that Cara was dating the young model Kendall Jenner. The girls had a hot photo session together for the magazine “Love.” However, the models disproved their relationship outside of work.

After that, Cara Delevingne had a new crush: the American singer Annie Clark who is 10 years older than she became her girlfriend.

Cara Delevingne does not keep her personal life in secret and regularly uploads photos in her verified Instagram account. Cara has more than 3000 posts and 40 million followers.

In August 2016, the fantastic action movie themed on DC comics “Suicide Squad” was out. Cara played the villain called Enchantress. This comics-based movie was peculiar because the main characters were not the heroes – they were the supervillains who had a chance to be rehabilitated and atone their previous crimes.

The movie reviews by critics were contradicting. The leading parts were taken by Margot Robbie who played the famous crazy villain Harley Quinn and Will Smith who played the assassin Deadshot. However, it was Jared Leto’s new interpretation of the role of Joker that provoked a hype, even though he appeared only for several minutes. Cara’s character received negative reviews since Enchantress is not detailed and motivated as the main antagonist. Still, Delevingne’s acting was not criticized.

In fall 2016, Delevingne appeared in the sports brand Puma advertisement and became its face.

In summer 2017, the drama “Tulip Fever” was released. The movie tells the story of the events that took place in the 17-century Holland when tulip bulbs were extremely expensive and could make their owners rich at once. The actress played Annetje who was one of the main characters in the movie.

Besides, the French fantastic action movie “Valerian and the City of a Thousand Planets” was out; Cara played the main character, the space special agent Laureline who was traveling in time. The movie was based on the comics “Valérian et Laureline” by Pierre Christin and Jean-Claude Mézières. Luc Besson was the movie’s director and scriptwriter.

Screening of the crime thriller “London Fields” in which Amber Heard, Gemma Chan, and Cara Delevingne took part is planned.

In 2018, Cara will appear in the thriller “Fever Hear” and melodrama “Life in a Year” in which Nia Long and Jaden Smith star. For the role in the new movie, Cara had her head shaved, and Jaden got rid of his usual dreadlocks. The model was preparing for the role gradually and had her hair shorter and shorter, yet the photos of Delevingne who had lost much weight and became bald shocked her fans.

Cara Delevingne has a net worth of $28 million. 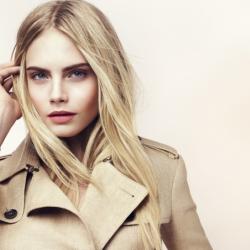