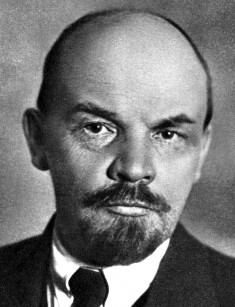 Vladimir Lenin and Leon TrotskyVladimir Lenin is the great leader of workers from all over the world; he is considered to be the greatest politician in the world’s history who created the first socialist state.

The Russian communist philosopher and theorist who inherited the helm of Karl Marx and Friedrich Engels continues to be interesting to the public: his historical role is particularly significant for Russia as well as the whole world. Lenin’s activity has been assessed both positively and negatively; nevertheless, he is still the leading revolutionary figure in the global history.

Vladimir Ilyich Ulyanov was born on April 22, 1870, in the Simbirsk Governorate, Russian Empire, into the family of the inspector of public schools Ilya Nikolayevich and school teacher Maria Alexandrovna. Vladimir was the third child of the couple. The parents put their soul in their children. The mother quitted her career and devoted herself to the children: Aleksandr, Anna, Volodya, Maria, and Dmitry.

The boy was naughty and very intelligent. At five, he learned how to read; by the moment he entered the Simbirsk Classical Gimnazia, he was a walking encyclopedia. At school, Lenin was an industrious, talented, neat, and tidy student; he often received class honors. Vladimir’s classmates remembered the would-be country’s leader was respected by everyone: all students felt his intellectual superiority.

The tragedy evoked the rebellious spirit in the future USSR founder: he could not stand the national oppression and the czarist regime. In his first year at the university, Lenin created the student revolutionary movement, so he was excluded from the university and sent to the village Kokushkino, Kazan Governorate.

Since that moment, Vladimir Lenin’s biography was connected with the struggle against capitalism and autocracy; he aimed at freeing workers from exploitation and oppression. After the exile, Ulyanov came back to Kazan and immediately joined one of Marxist circles.

At that period, Lenin’s mother purchased a 100-ha estate in the Simbirsk Governorate and persuaded Vladimir Ilyich to run the estate. Still, these new responsibilities did not prevent Lenin from communicating with the local “professional” revolutionaries who helped him find those who were unsatisfied with the existing order and create the organized movement against the Emperor’s power.

In 1981, Vladimir Lenin managed to graduate as an external student at the Saint Petersburg University School of Law. After that, he worked as a legal assistant for a regional court in Samara and provided criminals with the state protection.

In 1893, the revolutionary moved to Saint Petersburg. Apart from his law practice, he was engaged in writing historical works on the Marxist political economy, the Russian liberation movement, and the capitalist evolution of post-reform villages and industry. At that period, he began to create the program of the Russian Social Democratic Labor Party.

In 1895, Lenin went abroad for the first time; he visited Switzerland, Germany, and France where he met his idol Georgi Plekhanov, Wilhelm Liebknecht, and Paul Lafargue who were the leaders of the international working-class movement.

As he returned to Saint Petersburg, Vladimir Ilyich managed to unite all separated Marxist circles into the “League of Struggle for the Emancipation of the Working Class.” The head of the league, Lenin started preparing the plan on the autocracy toppling. For the active propaganda of these ideas, Lenin and his supporters were out in jail; after a year of imprisonment, Vladimir Ilyich was exiled to the village Shushenskoye, Yeniseysk Governorate.

At this period, he created links with Moscow, Saint Petersburg, Voronezh, and Nizhny Novgorod social democrats. In 1990, when Lenin returned from the exile, he personally went to all Russian cities where he established contacts with numerous organizations. In 1900, the revolutionary leader founded the newspaper “Iskra” (“Spark”); he signed his articles “Lenin” for the first time there.

At this time, Lenin initiated the congress of the Russian Social Democratic Labor Party, and the party was split into the Bolsheviks and the Mensheviks (the majority and the minority). The revolutionary headed the Bolshevik ideological and political party and started fighting the Mensheviks.

In 1905-1907, Lenin lived in Switzerland where he was preparing the armed rebellion. The 1905 Russian Revolution caught him there. Lenin was interested in this revolution because it was the road opener for the socialist revolution.

Vladimir Ilyich came back to Saint Petersburg illegally and began to act. He tried to attract peasants to his side by all means and encouraged them to start the armed rebellion against the autocracy. He inspired people to take anything as a weapon and attack bureaucrats.

After the 1905 Russian Revolution was lost, all Bolshevik forces united. Lenin analyzed the mistakes and began to revive the revolutionary rise. He created the legal Bolshevik party that published the newspaper “Pravda” (“The Truth”) whose chief editor was Joseph Stalin. At that time, Lenin lived in Austria-Hungary – this is where he met the beginning of the First World War.

Under suspicion of spying for Russia, Lenin was imprisoned. He was creating his theses on the war for two years; after he was released, he went to Switzerland where he introduced his slogan of turning the imperialistic war into the civil war.

In 1917, Lenin and his comrades were allowed to move from Switzerland through Germany to Russia; he was met ceremonially. Lenin’s first speech for people began with the appeal to the “social revolution” which made some Bolsheviks dissatisfied. Joseph Stalin supported Lenin’s theses: he believed that the power should belong to the Bolshevik party.

On October 20, 1917, Lenin came to Smolny and led the rebellion organized by Leon Trotsky, the President of the Petrograd Soviet. Vladimir Ilyich offered to act promptly, harshly, and precisely. From October 25 to 26, the Provisional Government members were arrested. On November 7, the All-Russian Congress of Soviets accepted Lenin’s Decrees on Peace and Land, and the Council of People's Commissars headed by Lenin was established.

The 124-days “Smolny period” followed. Lenin was actively working in the Kremlin: he signed the order creating the Red Army, signed the Treaty of Brest-Litovsk with Germany, and started working on the socialist society formation program. Moscow became the capital of the country instead of Petrograd. The All-Russian Congress of Soviets of Workers', Soldiers', and Peasants’ Deputies became the supreme organ of power.

After the major reforms were introduced (quitting the World War and giving landowners’ lands to peasants), the Russian Soviet Federative Socialist Republic was created (RSFSR). The communists led by Vladimir Lenin started controlling the country.

Many historians believe that as soon as Lenin gained the power, he ordered to shoot the former Russian Emperor Nicholas II of Russia with all his family. In July 1918, the RSFSR Constitution was approved. Two years later, Lenin liquidated the Supreme Leader of Russia Aleksandr Kolchak who was a strong opponent of his.

Later on, the RSFSR leader realized the Red Terror politics in order to strengthen the new power as the anti-Bolshevist activities were frequent. The Decree on Capital Punishment was restored: everybody who did not support Lenin’s political course could be sentenced to death.

After that, Vladimir Lenin started crushing the Russian Orthodox Church; believers became the Soviet power’s enemies. Christians who tried to protect holy relics were the victims of harassment; they were also shot. Special camps for the “re-education” of the Russians were created: the idea that people should work for free for the sake of communism was planted there. As a result, the mass starvation began, millions of people died, and the terrible crisis paralyzed the country.

These unexpected outcomes made Lenin change his initial plan and create the New Economic Policy when people were restoring the industry, building new objects, and industrializing the country under commissars’ supervision. In 1921, Lenin canceled the military communism, changed the Prodrazvyorstka (“food apportionment”) for the food taxes, and allowed private trading which gave the population the chance to look for assets to survive independently.

In 1922, following Lenin’s recommendations, the USSR was established. The revolutionary had to step aside from the politics because of his sudden health issues. After the harsh struggle for the power, Joseph Stalin became the country’s only leader.

Similar to the majority of professional revolutionaries, Vladimir Lenin’s private life was secret for the sake of conspiracy. Lenin met his future wife Nadezhda Krupskaya in 1894 when he was organizing the League of Struggle for the Emancipation of the Working Class.

The woman followed her lover blindly and participated in all his activities which led to their first separating exile. They got married in a church so that they would not part; peasants from Shushenskoye were their best men, and the couple’s comrade made their wedding rings of copper coins.

The wedding ceremony took place on July 22, 1898, in Shushenskoye. Nadezhda became a faithful life partner for Lenin; she worshipped him in spite of his cruelty and humiliation. As she became a real communist, Krupskaya suppressed jealousy and possessiveness which helped her remain Lenin’s only wife, although the Soviet leader had many other women.

Whether Lenin had children is still unknown, and people all over the world ask this question again and again. Some believe that Lenin was infertile, others call him the father of numerous illegal children. According to many sources, Vladimir Ilyich had a son Aleksandr Steffen; Inessa Armand is considered to be his mother. The relationship between Lenin and Armand reportedly lasted for five years.

Vladimir Lenin died on January 21, 1924, in the Gorki estate, Moscow region. Officially, the Bolshevik leader died of atherosclerosis caused by overwork. Two years after Lenin died, his body was moved to Moscow and put to the House of the Unions where the memorial service lasted for five days.

On January 27, 1924, Lenin’s body was embalmed and put in a special Mausoleum in the Red Square, Moscow. It was Joseph Stalin who was the ideologist of the idea of Lenin’s remains: he wanted to turn Vladimir Ilyich into God for people.

After the dissolution of the USSR, the question of Lenin’s reburial was raised in the State Duma several times; it is still under discussion. In 2000, the new President Vladimir Putin drew the line during his first term. He said he did not see the overwhelming majority of the population wanted Lenin’s body to be reburied, so this issue would not be discussed until this wish appeared. 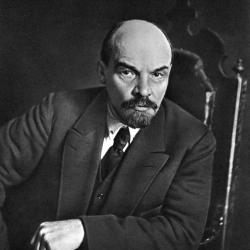