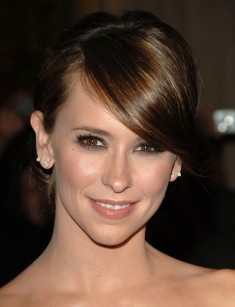 The future Hollywood star, actress, writer, director and pop singer, Jennifer Love Hewitt, was born in the provincial town of Waco on February 21, 1979. From early childhood, the girl’s craving for creativity stood out her among peers. Jennifer loved music, could sit in front of the TV for hours and listen to familiar songs. At the age of three, she stunned the audience with her pure voice.

At the age of five, she appeared in the first film. Nowadays, Jennifer Love Hewitt is a famous actress who copes with any role. Jennifer’s appearance in a movie makes it attractive for the audience. The girl captivates viewers with outstanding acting talent, a neat figure and impeccable sense of style.

The girl's parents did not work in the art world or show business. Her mother (Patricia Mae Shipp) worked as a speech-language pathologist. The actress's father (Herbert Daniel Hewitt) was a technician. He repaired and sold medical equipment. When Jennifer was six months old, her parents divorced.

Jennifer also had the elder brother. After their parents divorced, their mother raised the children. The woman always doted on the children and provided them with everything they needed.

At the age of two, Jennifer began to attend private music classes. An experienced teacher taught the girl and developed her musical abilities. It was clear that Jennifer had an ear for music, and in the future, she would become a famous singer.

At age three, Jennifer, together with her mother, visited the livestock show, which was held in their hometown every year. At the exhibition, the girl performed a song by Whitney Houston. The audience liked the performance and applauded the little singer.

At the age of five, Jennifer had vocal lessons every day, studied at a local ballet studio. At the age of nine, she joined the Texas Show Team. As a member of the group, Jennifer performed in other countries. At that time, Jennifer won the national title of "Our Little Miss Talent Winner."

Mother's work brought results. At a young age, the girl had many awards, as well as the experience of performing on the big stage. At the suggestion of talent scouts, Jennifer's mother moved to Los Angeles, which had more opportunities to develop the abilities of the little singer. The mother with the children went to the City of Angels. In Los Angeles, Jennifer attended Lincoln High School.

At school, the girl’s classmate was Jonathan Neville, who later recommended Jennifer for the series. During the casting, the director noticed the talented young actress and agreed with Jonathan. The first series with Jennifer was titled Party of Five.

The future actress combined studying with shooting and vocal classes. Besides, Jennifer sometimes appeared in commercials. Her talent and ability to play in front of the camera surprised filmmakers and casting directors. Jennifer got almost all the roles she auditioned.

In 1989, the girl received a lucrative invitation to participate in the filming of the variety show Kids Incorporated. This Disney Channel’s proposal was a real breakthrough in Jennifer’s acting career.

The first serious project, where according to critics, Jennifer showed brilliant acting, can be considered Munchie. The movie was shot in 1992.

Jennifer’s work in the film I Know What You Did Last Summer is worth mentioning too. It is a horror film that was released in 1997. In this film, Jennifer got the leading role and played it flawlessly. While watching her acting, viewers cannot but admire the actress’s talent. The film was a huge success.

The participation in the horror film I Know What You Did Last Summer made Jennifer one of the most popular and recognizable actresses in America.

In 1998, the sequel I Still Know What You Did Last Summer was shot. This film was a great success too. Jennifer as always played the title character.

At that time, the actress worked in one more comedy project Can't Hardly Wait. In 2001, Jennifer got one of the leading roles in the comedy Heartbreakers.

The drama film biopic The Audrey Hepburn Story deserves particular attention in Jennifer’s acting career. The movie was released in 2000. Jennifer, as usual, got the title role. She played Audrey Hepburn. The actress tried to convey all characteristics of this great woman. But critics’ reviews about her performance were mixed. Some specialists consider this role to be unsuccessful.

Not only directors but also famous singers noticed Jennifer's talent. Enrique Iglesias was one of them. The young man invited the actress to appear in a new video for the song "Hero." In 2001, Jennifer accepted Enrique’s offer and starred in the role of his lover.

The cult series Ghost Whisperer has attracted millions of viewers since 2010.

In 2010, Jennifer played in the series Law & Order: Special Victims Unit. The actress got the role of a victim of a serial killer.

In 2011, Jennifer, along with actress Betty White, played in the movie The Lost Valentine.

The young woman played the daughter of the title character in the second season of Hot in Cleveland. In 2011, Jennifer was invited to shoot in the independent film Jewtopia.

The actress participated in the filming of Criminal Minds. In the tenth season, she played Kate, who was an FBI employee. The film Confessions of a Sociopathic Social Climber was successful too. The melodramas with Jennifer have a vast army of fans.

There are a lot of rumors about the actress’s personal life. Journalists monitored the woman and published photos of the beautiful lady with men. For example, there were gossips that Jennifer had romantic relationships with singer Enrique Iglesias. They believed that when she filmed in Enrique Iglesias’s video, they had a love affair. Cameramen, who shot the video, admitted that the kisses between the young people were real.

In 2005, the girl dated American actor Ross McCall. After two years of high emotions, the man made her a wedding proposal. Jennifer and Ross officially announced that they were engaged, but they did not have time to set a wedding date. However, the couple soon broke up.

The actress became a happy wife of actor Brian Hallisay. Young people dated for 20 months. On November 21, 2013, the couple got married. Jennifer and Brian Hallisay tried not to attract the journalists’ attention to the wedding ceremony. They celebrated the secret wedding. The newly wedded couple invited only close relatives. Jennifer and Brian have two small children.

In 2016, the woman found out that she was pregnant again and decided to quit an acting career. Love Hewitt has left the cinematography forever and devoted her life to children. Jennifer brings up and educates a son and a daughter. The young mother stopped appearing at social events. The meaning of her life is small children. Journalists manage to meet the beautiful woman only in shopping centers, which she actively visits.

In 2017 Jennifer’s photos, while shopping, surprised fans. The woman has changed her way of life and gained ten kilos. No traces remained of her former sexual body.

Fans write on Instagram that Jennifer has begun to look worse, her figure is not slim. But the actress admits that she likes her appearance after pregnancy and takes the body as it is. Jennifer does not plan to lose weight. Now the actress’s height is 159 centimeters, and the weight is 60 kg. Previously, she weighed only 49 kilograms. The latest news about Jennifer is connected with her figure and the birth of children. 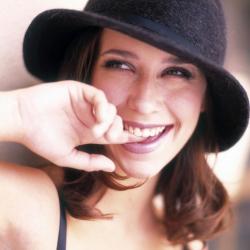