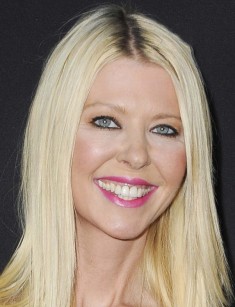 Tara Donna Reid is a Hollywood star famous for her roles in the movies American Pie and The Big Lebowski. She has received the anti-prize The Golden Raspberry Award twice; Stuff, Maxim, and FHM included her in the 100 sexiest women in the world.

The future star was born on November 8, 1975, into the loving family of Tom and Donna who lived in Wyckoff, New Jersey. Tara was the third child among four kids. The parents had two big private kindergartens.

Tara has Hungarian, Irish, English, and Italian roots. The Reids were religious people and attended church services in a Catholic cathedral every week. Besides, the children, Tommy, Colleen, Patrick, and Tara, received the elementary education in a church school.

In her childhood, Tara stood out for her intelligence. At the age of six, she won the victory in the talk show Child's Play for the youngest kids. The show creators recommended the parents to take their daughter to a modeling business. After the family moved to New York, Tara combined an acting school and starring in ads.

After graduation, Tara went to California to conquer Hollywood.

In 1998, the Coen brothers noticed the pretty, lively blonde and invited the young woman to their comedy The Big Lebowski. The actress was lucky to collaborate with the famous directors and actors, such as Jeff Bridges, John Goodman, Julianne Moore, and Steve Buscemi. The movie was premiered at the international Sundance Film Festival which made Tara Reid recognizable in the movie circles.

The next year, Tara received many offers. The woman participated in the youth comedy Girl starring young Dominique Swain and Sean Patrick Flanery and the comedy thriller I Woke Up Early the Day I Died.

Soon, the actress got the role of a student DJ Tasha in the 1998 thriller Urban Legend starring the beginning actors Jared Leto and Alicia Witt. The youth drama Cruel Intentions was also a significant project. The movie tells the story of Sebastian (Ryan Phillippe), a cynical heartbreaker who turns into a tenderly loving man after he meets Annette (Reese Witherspoon).

In the next project, Body Shots, the actress did not hesitate to appear naked. The plot is based on the story of four couples who love to party in nightclubs. One day, the company goes to a new club to get extraordinary experience.

In 1999, Reid took the lead part in Paul and Chris Weitzs’ American Pie starring Alyson Hannigan, Seann William Scott, Jason Biggs, Thomas Ian Nicholas, and Chris Klein. Although the movie was criticized, it became iconic and popular all over the globe. Each actor who participated in the project received their fame. Tara’s character Vicky brought her the title of the sex symbol of the generation.

Glossy magazines invited the beauty to half-naked photo sessions. Reid did not mind and used all opportunities of a sex symbol. Producers and directors were showering her with the offers to play attractive blondes. The actress appeared in the fantastic movie Just Visiting starring Jean Reno and Christian Clavier.

In the youth comedy Van Wilder where Ryan Reynolds played the main character, the woman got the female lead role. Unlike the previous carefree chicks, the new image stood out for the character’s credibility and responsibility.

In the early 2000s, the artist debuted in a horror. In the movie Devil’s Pond, her character Julianne and her husband found themselves on an island, and it was not an easy task to get out of there.

The young actress was too excited about her fame and started behaving provocatively on movie sets; her colleagues and omnipresent paparazzi noticed that immediately. In 2004, Tara Reid was nominated for the Golden Raspberry Award as the worst supporting actress for the comedy My Boss’s Daughter; in 2006, she could have received the Golden Raspberry Award for Worst Actress after the mystic thriller Alone in the Dark.

The movies Josie and the Pussycats and Dr. T & the Women are considered the worst projects in the actress’s filmography, even though the latter movie starred Richard Gere, Kate Hudson, and Liv Tyler.

In the second half of the 2000s, Tara Reid continued to collaborate with top actors. She appeared in the melodrama If I Had Known I Was a Genius with Whoopi Goldberg and Sharon Stone and the comedy Senior Skip Day starring Lea Thompson.

The actress also appeared on the TV screen. In 2002, Tara Reid began to work on the series Scrubs broadcast by NBC; three years later, she started her own talk show Taradise on the channel E! At 32, the woman appeared in the movie 7-10 Split created by her older brother Tommy Reid.

In 2013, the actress signed the contract with the TV channel Syfy and played in the catastrophe movie Sharknado. The first part was widely discussed, and the creators of the project presented new parts of the franchise each year.

The actress did not limit herself to cinematography and television. In 2008, Tara presented a collection of exclusive swimwear and casual clothes; the presentation took place in a Las Vegas club.

2012 brought the sequel of American Pie: the actors of the first movies came back ten years later.

Young Tara Reid looked just like a model. Her height was 165 cm., and her weight was 54 kg. The actress often appeared in glossy and men’s magazines. After American Pie, the celebrity’s ratings were top. Stuff and FHM included Tara in the 100 sexiest women; Maxim put her on the fourth position of a similar list.

In 2004, the actress decided to improve her breast, but the surgery was a failure. The following liposuction disfigured the woman’s body: there were weird wrinkles on her belly and buttocks.

After 2012, fans who looked through the actress’s Instagram photos started suspecting her of anorexia. Tara Reid does not pay attention to her thinness and often wears provocative clothes which shock people.

Tara Reid’s personal life is not stable: most of her relationships did not last longer than a year.

In the mid-2000s, a European entrepreneur Michael Axtmann became the woman’s lover; for a while, the couple was engaged. In January 2010, Reid and Axtmann split up.

Soon, the artist began to go out with the Danish Michael Lilleund, yet this romance was also short-term.

At 36, Tara brought herself to marriage with her Greek fan Zack Kehayov. Later, the actress denied that fact and pointed out that marriage was illegal.

Throughout her stormy youth, the actress had no children: her schedule was demanding, and she also wished to remain young and careless. However, her alcohol abuse was the key reason.

The actress’s drinking issue, as well as disappointing surgery, made a negative effect on her appearance.

The actress goes to parties and becomes the object of the paparazzi’s attention. In 2016, she went to the Halloween party organized by Maxim and disappointed fans: the woman was half-naked, and her body was pitifully thin.

In 2017, the actress continued to shock fans with new beach photos where she did not look well. According to people, the woman has not recovered from the eating disorder and seems too thin. However, men are not scared away by the star’s appearance. Her new boyfriend, a businessman Ted Dhanik, seems to share the woman’s views on beauty. Since 2017, the couple has been going out and visiting social events together.

Although Tara is extremely thin, it does not prevent her from being popular in movies; more than ten projects with the actress are running. In 2018, the premiere of the drama Worthless starring Tara Reid took place. The main character’s fate is somewhat similar to the actress’s life: the woman is being bullied and learns how to resist it. 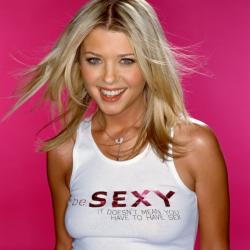