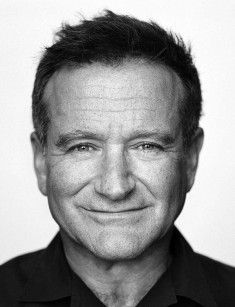 Robin McLaurin Williams was born in Illinois in 1951. In the family of Ford's successful top manager Robert Fitzgerald Williams and former model Lori McLaurin Smith, at the time of Robin's birth, there were already four children from previous marriages. The family was very rich. When Robin turned 11 years old, the family moved from Chicago to the suburb of Detroit, where they lived in a house of 40 rooms.

Later, Williams said that wealth and the famous genealogy (his father was born to a famous Evansville family, and his mother was a great-great-granddaughter of a senator) did not bring him happiness. The boy was alone and communicated more often with housemaids than with his parents. Expensive toys and luxury did little to make him feel better Robin. He was overweight and therefore very shy. In his childhood memories, the actor admitted that his only companion and friend in the early years was just his imagination.

The sense of humor helped Robin Williams to overcome shyness and to find friends. His mother also had a good sense of humor. The first beauty of New Orleans once appeared at a charity evening in an expensive dress and with a piece of a dark duct tape on her teeth. For few days people talked about her. When Robin was a teenager, he managed to turn into the most popular guy in his class. He not only brilliantly joked, but also showed excellent acting abilities, which he developed in a dramatic club.

After graduation, Robin Williams decided to develop his acting career. In 1973, he became a student at the famous Juilliard School, where he studied Performing Arts. 3 years later he left the School on the advice of his teacher Jonathan Hausman, who realized that Robin is a talented actor. Hausman advised Robin to go to Los Angeles.

The creative biography of Robin Williams began after moving to Los Angeles, where he first appeared on the stages of various clubs as a stand-up comic. Once the famous producer George Schlatter noticed Robin and invited him to his popular TV show "Laugh-In". But after a while, the project became less successful and was closed. The young actor had to return to previous performances in the clubs.

"Einstein from comedy," as Robin Williams was later called, made the audience laugh. He achieved considerable success in this field. He was invited to the famous clubs of America as well as the UK clubs, where the actor quickly became very popular. Soon he was invited to the "Richard Pryor's Show." Almost all comedians dreamed of becoming a part of this program.

Robin Williams made his debut in the movie in 1978. The director Garry Marshall once saw a comedian in one of the clubs and invited him to play an alien in the series "Happy Days." After a successful debut in the role of Mork, the producers decided to create a comedy show "Mork and Mindy." It was released in 1978 and was broadcast for 4 years. Since then, Mork is the most recognizable character in the US.

Robin Williams became really popular. His photographs appeared on the covers of newspapers and magazines. The actor was a regular guest of different shows. And he also began to star in films. The main role in the film "Popeye" brought the actor even greater fame. 2 years later, in 1980, Robin Williams appeared in the comedy "The World According to Garp".

But the incredible popularity of the actor had a dark side. Robin became addicted to alcohol and drugs. Williams stopped only after the tragic death of his friend and colleague John Belushi. They say that the owner of a bicycle shop who gave Robin Williams a sports bike helped him to get rid of the addiction. This new hobby returned the actor to normal life.

During this period, the actor showed a new facet of his talent - he starred in a "serious" movie and proved that he can play not only comedy roles. In 1987, he starred in the film "Good Morning, Vietnam", where he played the pacifist, Cronauer. For this work, Robin Williams received the first nomination for Oscar. But the turning point in the actor's career became a role in the film "Dead Poets Society", released in 1988. Robin played a teacher of English literature John Keating. After these two films, Williams showed himself as a serious actor, who can play different roles.

In the film "The Fisher King" Robin appeared in the role of a homeless man Parry. After starring in the films "Mrs. Doubtfire," "Jumanji," "Good Will Hunting," and "What Dreams May Come" he finally became the Hollywood star of the first magnitude. The film "What Dreams May Come” wasn’t very successful but brought Oscar to the actor.

In the late 90's, when Robin Williams was 50, he was already a legend of Hollywood. Nevertheless, the actor never tried to develop his talent. The most outstanding works of this period were such films as "One Hour Photo", "Death to Smoochy", "Insomnia" and "House of D". These films were released in the early 2000s and immediately became successful.

The first wife of Williams was the actress Valerie Velardi. They lived together from 1978 to 1988. In this marriage, the first son Robin Williams Zachary Tim was born. In 1989, the actor married the former nanny of his son - Marsha Garces. In this marriage, their daughter Zelda and a son Cody Alan were born. The couple founded a film company, which eventually produced the film "Mrs. Doubtfire." In 2008, Marsha and Robin broke up.

In 2011, he met Susan Schneider, who worked as a designer. As Robin confessed, he hoped that this marriage would save him from severe depression.

In 2006, Williams again returned to alcohol. To get rid of the addiction, he went to the rehabilitation center. After the treatment, he starred in few more films. The most famous is "The Zero Theorem" and "Night at the Museum: Secret of the Tomb". The last film was released in 2014.

In the summer of the same year, Robin Williams died. Death came as a result of suffocation. The actor committed suicide. Six months after the death of Robin Williams, his ex-wives and children began long and scandalous trials of property division. 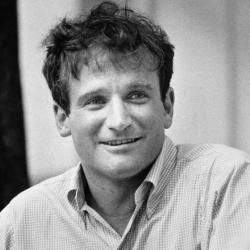