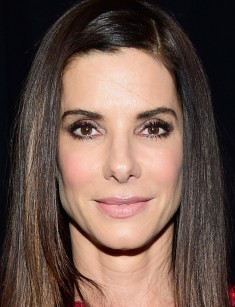 Sandra Bullock is one of Hollywood's most highly paid actresses, the owner of the production company and a restaurant, a bright and charismatic woman. She causes both admiration and envy in many women. In 2015, “People” magazine recognized her as the most beautiful woman. Her photo appeared on the cover of the magazine. Sandra was called as "real and shining" because she prefers minimum makeup even on the red carpet. She still looks young and fit. Not every lady at 50 has such a body.

Sandra Annette Bullock was born on July 26, 1964, in Arlington (USA, Virginia). She was not the only child in the family: six years after the birth of the actress, her younger sister Gesine was born. Sandra was born in a creative family, which affected her upbringing. Her mother was an opera singer, and her father was a vocal teacher. They wanted their daughter followed in their footsteps - the girl took vocals lessons and learned to play the piano.

The career of a pianist or an opera diva never attracted Sandra, so she did everything she could in order not to enter the music school. Once in the Salzburg Opera, she got a small role but the girl made a mockery of it. Since that moment, John and Helga, her parents, stopped insisting on the musical future of their daughter.

In childhood, the future actress traveled a lot because her family often flew from America to Europe and back because of her mother’s job. They finally moved to America when the girl was 12. At school, other children considered Bullock as a foreigner and ignored her. But the girl managed to find friends. She even was entrusted with an honorable mission - to be a head of cheerleaders during the school football match.

After graduation, Sandra Bullock wanted to become a lawyer, entered the university but soon realized that she was mistaken with the choice of profession and left the university. Being an ordinary 22-year-old girl with big dreams, she moved to New York with the hope of becoming a model or stewardess. However, instead, she had to work as a waitress in a snack bar. In addition, Sandra worked as a bartender and cloakroom attendant in her youth.

In cheap American bars, she had a new dream - to become a popular actress. She saved money and entered acting courses. In New York, young Bullock did not succeed, so she moved to Los Angeles.

Her film career began with several roles in "Off-Broadway" plays. That was enough for critics to start talking about her. There were several positive reviews and Sandra was invited to the role in the series.

Her first serious work is the comedy "Working Girl", released in 1990. Then there were three years without shootings. In 1993, the actress was involved in five films at once. One of them was a fantastic thriller "Demolition Man". In this film, Sandra played along with Wesley Snipes and Sylvester Stallone. The film critics and the viewers were not impressed by the film. However, the actress and her heroine, a policeman from the future Lenina Huxley, were noted. Sandra Bullock was approved for this role just a few days before filming because the actress Lori Petty couldn’t appear in the film.

For her participation in “Demolition Man”, Sandra received mixed reviews. The audience remembered and liked the actress. Also, she was nominated for the "Golden Raspberry" as the worst actress of the second plan.

Despite the dubious success of the beginning actress, Hollywood directors noted Bullock. In 1994, she became mega-popular after starring in the movie "The Speed" with Keanu Reeves. After the premiere, the actress was recognized as the most natural star of Hollywood and the best performer of action roles.

At this time, Sandra Bullock created her own production company and starred in the films "While You Were Sleeping" and "The Net" - in both films she played the main roles. The films were successful but further, there was a decline in her career.

The film "Crash" with a budget of just over 6 million dollars became a hit. Its creators received three Oscars.

In 2009, the actress managed to get completely opposite awards: "Oscar" and "Golden Globe" for her role in the film "The Blind Side" in the nomination for "Best Actress" and "Golden Raspberry" as the worst actress for the film "All About Steve."

The film "The Blind Side" turned out to be very kind and touching. Spectators and critics appreciated this film, based on real events.

In 2013, the actress appeared in 2 films playing the main roles - "The Heat" and “Gravity", which became the best film of 2013, according to the critics. Bullock’s role was recognized as the strongest in her career.

Sandra Bullock has a star at the Walk of Fame in Hollywood. Her filmography is filled with extremely brilliant films as well as complete failures. The actress starred in dozens of films, among them - "Notorious", "Premonition", "The Proposal", "Love Potion # 9" and others.

At 20, Sandra Bullock married the actor Gene Vincent but their marriage was short. The actress tries not to remember that period of life.

She considered Tate Donovan, whom Sandra met on the set of "Love Potion No. 9", as a man of her dreams. After their break up, Sandra was in depression. Her biography is full of young and old men but all the relations ended in a breakup.

In 2004, Bullock married Jesse James, the host of the show "Monster Garage." In 2010, they adopted a son Louis. In the spring of the same year, the press began talking about the betrayal of Jesse: the actress filed for divorce. In June 2010, the couple broke up. Sandra wanted to independently raise her son. At the moment, Bullock has two children. In 2015, she adopted a girl Lila.

After the release of the film "The Proposal", there were rumors about Sandra's relations with the actor Ryan Reynolds. The actors didn’t confirm this information. But after the actor broke up with Scarlett Johansson, the relations of the film's partners ceased to be secret. They were together not very long.

In 2015, the press published information about changes in the personal life of the actress. Her new boyfriend was the photographer Bryan Rendall. Sandra even came with him to a wedding of Jennifer Aniston.

In the press, there was information that Bryan made an offer. The wedding was planned for summer 2016, but it never happened.

Bullock speaks English and German fluently, which is not surprising since Sandra's mother is German. The actress is actively engaged in charity. She is one of the biggest sponsors of the Red Cross and donated one million dollars to this organization twice.

Also in 2018 the film "Ocean's 8" with Sandra Bullock in the title role w3ill be released. 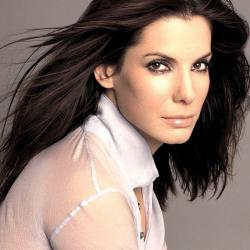