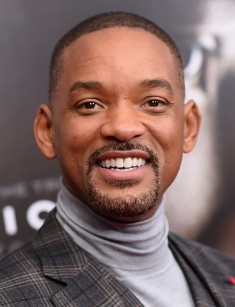 The famous rapper and actor Will Smith (Willard Christopher Smith Jr.) was born on the 25th of September, 1968 in Philadelphia. Will’s mother Caroline worked as a school teacher, and his father Willard Christopher Smith was the owner of the small refrigerator company. His parents divorced when their son was 13 years old. Will is the second of four children in his family.

In his childhood, Will Smith had earned his nickname "Prince". The guy had an amazing quality: he masterly got out of any troubles by means of his glib tongue and inherent magnetism.

Since school Will was seriously fond of rap and hip-hop music. Nothing could keep a young rapper away from his favorite pastime, not even his considerable progress in studies and the tempting scholarship offer from the Massachusetts Institute of Technology. And the guy was right. Will's hobby became the first step in his career in show business. Will Smith together with his friend DJ Jeff Townes organized a duet in which the rapper performed under a pseudonym "Fresh Prince". Songs of the duet were extremely successful. Two of their albums became platinum, and their songs "He's the DJ" and "I'm the Rapper" even were prized by Grammy Award.

But soon the popularity of the band slowed down and Smith decided to try himself in other business projects. He invested his money in cars and jewelry, however, he didn't achieve success in this sphere. Moreover, he got into large debt.

Will Smith continued his creative biography in movies. It was rapper’s luck of the draw when he was invited by Warner Brothers company to play the leading role in TV series "The Fresh Prince from Bel-Air". Will even didn’t have to take many efforts: he just played himself. The main hero of the plot is a black guy who by the will of destiny finds himself in Beverly Hills. The series came on the screen in 1990 and became very popular. The beginning actor Will Smith not only received an opportunity to pay off debts from unprofitable business investments, but he also could make friends in professional Hollywood community.

After his successful debut, Smith began to think seriously about the career of the movie actor. He acted in several pictures. Among them – "Six Degrees of Separation" (1993) – was met very positively by the critics, and the actor was noticed by directors.

The action movie "Bad Boys" became next significant success in the film career of the actor. This picture was of commercial success. In this movie, Smith together with Martin Lawrence played cool and charming police-officers. It seems that the action movie seemed to be the best genre for Will's character and appearance. In mid-nineties, there was a range of successful movies of this genre featuring Will Smith. Everything began with the action movie "Independence Day" in which Smith played the character of the brave pilot Steven Hiller.

The role in the movie "Enemy of the State" was another win for the actor. In 1999 Will Smith had missed as it is said when he refused to play the leading role in the movie "Matrix". Smith preferred to play a cowboy in a western "Wild Wild West". The picture turned out to be a complete failure, it even didn’t pay back the budget. In addition, the film got a Golden Raspberry Award for the Worst Movie of the year. It was only music that helped out this movie: the soundtrack by Smith was at the top of the American charts.

"Wild Wild West" taught the actor many things, "taking him back to earth" after his long-lasting success. Will Smith became more serious referring to the choice of the roles and acting. And then his luck had a turn for the better again. In 2001 a picture "Ali" in which Smith played the great boxer, Muhammad Ali was released. For this role, Will was nominated for Academic Awards in two nominations. By words of the actor, this role had influenced him seriously, both his physical and spiritual abilities. To get into the character of the legendary boxer, Smith had been training for 6 hours a day and had been observing a boxing diet. As a result, he put on 15 kilos of muscle mass. The actor, like his hero, turned down sexual relations for some time to present his character in a true and natural way.

After that Smith began to choose his roles more carefully. Since then he had been seeking to play distinctive, interesting and unusual characters. Great examples of such role are his following characters - a matchmaker Hitch from the movie with the same-name "Hitch" and also a charismatic single father from the drama "Pursuit of Happiness" in which Smith worked with his son Jaden.

In the middle of 2000, Will Smith enriched his filmography with new victories, among them a sequel to the franchise "Men in Black 2", "Bad Guys 2", series "All of Us" and "A Closer Walk". In 2004 Will Smith delighted his audience and with his leading role the movie "I, Robot".

In 2008 Will Smith got the first place on the Forbes list of the highest paid Hollywood actors. For the first time in the history of the film industry, eight movies featuring Will Smith in succession had a gross of more than 100 million dollars each.

Afterward, the impressive filmography of Will Smith was enriched with the movies "7 lives" and "Hancock". In 2012 the third part of "Men in Black" was released. Unlike the second part, the third part was appreciated by the critics. Smith visited Russia to present this movie, what really pleased his Russian fans. During his stay in Moscow Smith attended the TV show "Spotlight of Paris Hilton" and moreover together with his son he took part in the TV show "Evening Urgant".

What about his next role in the movie "After Earth", he awarded Golden Raspberry for it as for Worst Actor in Supporting Role.

By the beginning of the second decade of the 21st century, Will Smith remained one of the most demanded Hollywood actors. Also, Will is the author of the witty statements which have become almost aphorisms. For example: "Money and success don't spoil the person, they just emphasize his inherent nature", or "All of us are terrible rednecks. But in different spheres".

Personal life of Will Smith is always at the top of his fans’ attention. But the actor doesn't give many reasons to discuss himself. With his first wife Sheree Zampino, he had lived for three years and they divorced in 1995. Smith's son Willard of ІII was born in 1992 and after the divorce, he lives with his mother.

Two years later after the divorce, in December 1997, Smith got married to his old friend Jada Pinkett. Jada gave birth to two children: their son Jaden Christopher Sir and their daughter Willow Camilla Rein Smith. The actor appeared with his daughter in the picture "I Am Legend", and with his son - in movies "Pursuit of Happiness" and "After Earth".

Jaden Smith had gone in the footsteps of his father and became a rapper, an actor and also a dancer. It is possible to say that Jaden is like his father in young years. Will's daughter also keeps up with her brother – she played roles in the movies and recorded her own album. Both children of Will Smith are stars on Instagram.

Will Smith at present

In 2016 the movie "Collateral Beauty " came out in cinemas. Will Smith, Keira Knightley, Kate Winslet, Helen Mirren and other popular actors took major parts in this picture. Smith played the character of the head of a successful advertising agency and at the same time - a father of the girl, who was dead. His hero has lost the meaning of life, and his friends try to help him.

In Smith's family in 2016, there was a real tragedy: the actor's father died. What about the movie, despite the star cast and deep philosophical meaning, film critics were not thrilled by this picture and met it with a restraint.

Twice for the last few years, Will Smith appeared in the movie in duet with young Australian actress Margot Robbie. At first, it was the movie "Focus" after which this star duet was invited to the shootings of the hit program about the cars "Top Gear". Then in 2016 the picture "Suicide Squad" came on the screen. The film was shot with a large scope in Toronto.

According to the plot, the government sends a group of villains to perform a task in which it will be just impossible to survive. Other famous actors - Brad Pitt, Leonardo DiCaprio, Johnny Depp auditioned for this role but it was Will Smith who was considered for this role. To get into his character, the actor had to shave his head and to study to shoot at a military base. Margot Robbie and the famous rock artist Jared Leto became Smith's partners in the movie, and the movie awarded People’s Choice nomination.

Certainly, after such frequent screen cooperation with Margot Robbie tabloids couldn't but discuss possible love affair of Will Smith and the young actress. At that moment Will Smith was told to have relations with Margot Robbie and journalists predicted him a soon divorce with his present wife. However Jada, according to her words, had already got used to numerous rumors about her husband and didn't take it seriously. And Will Smith, despite assurances of tabloids, is still not married.

The actor continues to play in movies. In 2018 will be a release of the sequel to the picture "I, Robot" which gained the love of the audience. It's possible that sometime earlier Will Smith will play together with Tom Hanks in the animated movie "Dimbo". The role of the father of the kids who made friends with the main character – a circus elephant Dumbo is offered to Will Smith.

The actor exposed himself at the event which is regularly held on New Year’s Eve by the Hollywood stars especially for the Russian newspaper "Kopeysky Rabochy". During nearly ten years Richard Gere, Bruce Willis, Angelina Jolie, and other celebrities congratulated the readers of the local newspaper. The thing is that a wife of the famous Hollywood producer Jack Tewksbury is Russian Margarita Sushkevich, a former resident of Kopeysk.

Will Smith is considered to be one of the most successful actors in the movie industry who still hasn’t awarded Academic Awards. However, Smith doesn’t aspire to get at the ceremony. Several years in turn actor and his spouse ignore this ceremony because they think that racism is rampant at Film Academy. According to Will Smith’s and his family opinion, it's strange that during 2 years all of 22 nominated actors were white. In 2017 the academy improved this "misunderstanding". 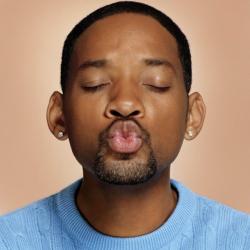