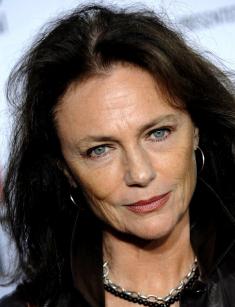 The sex symbol of the 1970s, actress Jacqueline Bisset, became popular after the release of the movies Napoleon and Josephine: A Love Story, Day for Night, The Deep, and Wild Orchid. During her acting career, the actress has been lucky to cooperate with the most outstanding directors: François Truffaut, Claude Chabrol, Roman Polanski, John Huston, Sidney Lumet. Her credentials also include the Legion of Honour.

Winifred Jacqueline Fraser Bisset was born on September 13, 1944, in Weybridge, Surrey, South East England. The actress’s father, Max Fraser Bisset, worked as a general practitioner, and her mother Arlette emigrated to England during the war and was a professional lawyer and architect. When they got married, the woman devoted herself to raising two children (the actress has an elder brother, Max).

Jacqueline was a curious child. She was interested in drawing, ballet, foreign languages. Despite the wide range of activities, the main hobby of the active girl became cinema. The actress has repeatedly said that the colorful world of movies attracted her in childhood. Upon graduation from high school, the ambitious young lady enrolled in an acting group.

Due to financial problems in her family after the parents’ divorce, Bisset began to work as a fashion model to pay for the acting lessons. Despite her height (5.54 ft. (169 cm)), at the age of 18, the attractive brunette with a delicate figure was noticed by famous photographers Terry Donovan and David Bailey who offered her cooperation. It was the start of her modeling career. However, Jacqueline already dreamed of shining not on the covers of fashion magazines but the screen.

Jacqueline Bisset made her film debut in 1965, playing a bit part in Richard Lester's movie The Knack ...and How to Get It. It was followed by the comedy-drama Cul-de-Sac (1966) directed by Roman Polanski, starring Donald Pleasence and Françoise Dorléac. Audrey Hepburn and Albert Finney became the actress’s colleagues in Stanley Donen's film Two for the Road which told about lovers whose feelings began fade over the years.

In 1967, Jacqueline’s filmography included the part of Giovanna Goodthighs in the spy comedy film Casino Royale, based on the James Bond novel. In the movie The Detective (1968) with Frank Sinatra in the lead, Bisset landed the role, in which Mia Farrow was originally cast. The same year, the talented actress portrayed Steve McQueen’s girlfriend in the action movie Bullitt. The following year, she appeared in Antoine Duhamel’s drama Secret World.

In the 1970s, Jacqueline included a lot of projects in her filmography. The actress, Paul Newman, and Anthony Perkins played in the films The Life and Times of Judge Roy Bean, When Time Ran Out, Murder on the Orient Express. In 1973, Bisset appeared in the adventure comedy Le Magnifique of director and screenwriter Philippe de Broca, also featuring Jean-Paul Belmondo.

In 1985, the melodrama Anna Karenina directed by Simon Langton was released. Jacqueline Bisset and Christopher Reeve got the leading roles in the movie, based on the novel by Leo Tolstoy. In 1987, the actress starred in two films High Season and Napoleon and Josephine: A Love Story.

In 1991, the actress starred in the movie Rossini! Rossini! and played a leading role in the comedy melodrama The Maid. In the 2000s, Jacqueline Bisset's filmography included bright and diverse characters. She starred in the films In the Beginning with Martin Landau and Christopher Lee in the lead roles, Sex & Mrs. X, Britannic, and The Sleepy Time Gal. In 2003, Bisset took part in an episode of the popular television series Nip/Tuck.

In 2005, Jacqueline starred in the action comedy movie Mr. & Mrs. Smith directed by Doug Liman, alongside her goddaughter, charming Angelina Jolie. However, the final version does not show scenes with the actress. The same year, she participated in the shooting of the film Summer Solstice, The Fine Art of Love: Mine Ha-Ha', and the action movie Domino directed by Tony Scott, starring Keira Knightley.

In 2009, Jacqueline starred in the film Vivaldi. Boris Damast’s movie tells about the life and death of the famous Venetian composer, who headed the orchestra, having gone into the ministry at the age of 25. From 2010 to 2016, the films and TV series Rizzoli & Isles, Dancing on the Edge, Welcome to New York and The Last Film Festival were released.

Although the femme fatale of Hollywood has always been surrounded by men, the actress has never been married. Jacqueline has never felt ashamed of her affectionate nature and the number of boyfriends. The actress has had a great many love affairs for 72 years.

Bisset has always valued her freedom and openly declared that she was not interested in marriage. The young lady adhered to this position due to the disappointment she experienced in her youth. When the mother was diagnosed with multiple sclerosis, her father's feelings faded, and the man left the family after 28 years of marriage.

The Golden Globe Winner has repeatedly stated in interviews that she did not regret that she refused the amenities of home life and motherhood to pursue her career. The actress had a relationship with the founder of the martial arts system, Emin Boztepe, Swiss actor Vincent Perez, producer Victor Drai, and Russian ballet dancer Alexander Godunov.

In May 2017, L'Amant double was selected to compete for the Palme d'Or in the main competition section at the Cannes Film Festival. Jacqueline played one of the leading roles in the movie. The drama directed by François Ozon tells the story of the life of a depressed young Frenchwoman, Chloé (Marine Vacth), who goes to see an attractive psychotherapist, Paul (Jérémie Renier), to get rid of her illness. After a while, the title character falls in love with the doctor and moves to his apartment.

However, the seducer has secrets and is not going to disclose them. Despite some frivolity, the director brings up an essential subject of psychosomatic disorders which the modern cinema prefers to keep quiet about. Viewers should not be afraid of professional terms and medical vocabulary. François is good at making psychological thrillers that keep viewers interested.

In the autumn of this year, Martin Guigui’s film 9/11 is scheduled to be released. Whoopi Goldberg, Charlie Sheen, Wood Harris, and Luis Guzmán have also starred in the movie, which tells about five strangers, suffering from common grief. It is known that the famous Hollywood star does not have Instagram and Twitter accounts. Jacqueline’s admirers can only watch the films with the participation of their favorite actress and collect photos and interviews of the actress scattered on the Internet.

Jacqueline Bisset has a net worth of $20 million.