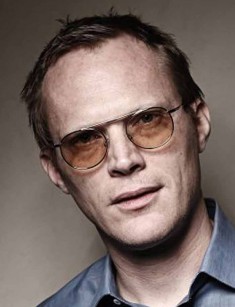 Paul Bettany in his young yearsThe British actor who has made an excellent career in Hollywood is equally talented in varied roles. Paul Bettany is also convincing in the part of the loving tennis player and the position of the religious fanatic as well. The actor masterly changes the masks what is known to the directors and his multimillion army of the fans. He was born in the spring of 1971 in London in the family of creative people. The actor’s father is an artist of the prestigious Royal Shakespeare Theatre, the choreographer and drama teacher. His mother Anne Kettle is a stage singer. Paul’s grandmother Olga Gwynne was the leading actress of the theatrical stages of London at the beginning of the 20th century.

Though Bettany’s family wasn't prosperous: his parents broke up after the death of their younger son Matthew when Paul was at the teenage years. Young Bettany couldn't choose with whom of parents to stay. The guy has left his home and began to earn money to pay for the rent of the room and food by playing the guitar on the streets of London. Two girls of nonconventional sexual orientation became his roommates.

Nineteen-year-old Paul Bettany, who was trying to get out of deep depression, has filed his documents to Drama Centre London. Unexpectedly for everybody, he was enrolled. In this center, the Best British masters were teaching acting skills. In Paul's biography there began the successful, bright period. Actor's genes of two previous generations of Bettany have become apparent: the skilled young man was noticed and was invited to play roles in the performances on West End. In a short time, Paul Bettany received the applause of the audience of The Royal Theater as well as his father.

Paul Bettany had his debut on the screen in the mid-nineties. He was entrusted with the secondary roles in the series Wycliffe and Midsomer Murders. In 1997 there came out the drama Bent and the fancy-dress movie Sharpe's Waterloo in which the spectators saw the young actor in the role of Prince Oransky. These projects haven't brought popularity to Bettany but helped to master his skills. The dramas The Land Girls in The Suicide Club which were released in the late nineties also didn’t change his position.

The actor has had the turning point in his career in 2000. Paul Bettany has performed the role of the young gangster in the criminal drama under the title Gangster No. 1 directed by Paul McGuigan. His role in this picture has brought the actor the award of The UK Cinema Association. European and U.S. countries have pursued the rights for the broadcast of the English film, and the public began to know about Bettany's existence over the ocean. The same year there came out the American-Irish drama under the title David Copperfield in which the British actor received the role of James Steerforth – the illusionist’s best friend.

The role of Geoffrey Chaucer in the adventure melodrama A Knight's Tale became a real breakthrough for the actor. It was shot by the American Columbia Pictures movie company. After the premiere of the movie, Paul Bettany was showered with the offers from the Hollywood directors. Ron Howard invited the London actor to take part in the biographic melodrama A Beautiful Mind. This movie has brought to the director two Academic Awards and Bettany who was working on the same film set together with Russell Crowe, has become popular in Hollywood.

After the movie, A Beautiful Mind there followed the film hits Dogville directed by Lars von Trier and Master and Commander: The Far Side of the World in which Bettany has again worked with Russell Crowe. In 2004 there was held the premiere of the joint project of Britain, USA, and France. It was the comedy movie Wimbledon in which Paul Bettany has played together with Kirsten Dunst. Finally, the British actor has recommended himself in Hollywood after he played in the screen adaptation of the novel The Da Vinci Code written by Dan Brown. The thriller directed by Ron Howard has earned huge box office: with the budget of $125 million it has collected $758 million in the hire. Bettany has performed the character of Silas; the leading personages of the project Tom Hanks and Audrey Tautou were brilliant in their roles.

In 2008 the spectators saw the British star in a family fantasy Inkheart in which Paul has performed the role Dustfinger. Bettany finished the first decade of 2000 by the biopics The Young Victoria where he played the part of Lord Melbourne, and in the biographical picture under the title Creation. In the last film, Paul has transformed into the character of Charles Darwin, and Jennifer Connelly performed the role of his wife. The movies were premiered in the world in 2009 and brought to the producers of projects huge box office, and the actors became famous. In 2010 the fans saw their favorite actor in the thriller fantasy Legion and the melodrama The Tourist. In the last movie, Bettany appeared on the film set in the star company of Johnny Depp and Angelina Jolie.

In all the pictures which were released in 2000-s, Paul Bettany was entrusted with the major roles. In 2005 the British Empire Awards called the artist the best in Britain, and for his role in the financial thriller, Margin Call the actor awarded the Independent Spirit. The character in the post-apocalyptic fighter Priest turned out to be a new step to the world popularity for the British actor. In 2012 Paul Bettany delighted his fans with the role in the fantastic fighter The Avengers. A year later there was released one more superheroic soldier under the title Iron Man 3 in which the actor voiced-over the character of J.A.R.V.I.S.

The fantastic thriller Transcendence was premiered in 2014. In Russia, the spectators have seen the movie in summer. Paul Bettany appeared on the screens together with Johnny Depp. It is their second joint project after the movie Tourist. But this picture, as well as the following (the crime comedy Mortdecai is the third project with the participation of Johnny Depp) wasn’t met by the movie critics favorably: the pictures received negative feedback.

The superheroic fighter Avengers: Age of Ultron based on the comics of Marvel Comics was met warmly by both critics and audience. Bettany has voiced over the android robot Vision. The Russian spectators saw the adventure movie in April of 2015. The project has earned $1,4 billion in the world hire and has become the 4th high grossing movie and the 7th in the world cinematography.

The fair-haired British actor is 190 cm tall, and he weighs 75 kilos. The tall and athletic actor has millions of female admirers all over the world. Moreover, his colleagues- actresses also tried to conquer his heart. During a year Bettany was meeting with Laura Fraser with whom he had got acquainted on the movie set of A Knight's Tale. But the other partner – Jennifer Connelly took away the handsome blonde actor.

In the spring of 2016, the fans have seen the Hollywood star in the superheroic fighter Captain America: Civil War. It is the third picture telling about the hero of the comics about Captain America from Marvel studio. Chris Evans, Robert Downey Jr., Scarlett Johansson, and Paul Bettany performed the leading roles in this movie.

Elizabeth Olsen who performed the role of Scarlet Witch told about the pleasant moments of the joint work together with Bettany, as in the third movie the relations between the heroine of Olsen and Vision performed by Paul improved for better.

In the first day of the hire the fighter has earned $75,5 million, and for the first day off – it has collected $179,1 million. For the year 2018, there is set the premiere of the sequel Avengers: Infinity War in which Bettany will again play the role of android Vision. It’s supposed that the movie will be released in May of 2018. The admirers of the star learn about the news from his life and creative career on his Instagram page, where Bettany has 285,000 subscribers. 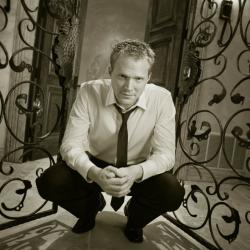