Cillian Murphy is an actor of Irish origin, a star of the British and American cinematography who has become famous for his roles in the movies 28 Days Later, Breakfast on Pluto, In Time and the series Peaky Blinders.

Cillian was born on the 25th of May, 1976 in the Irish County Cork. At first, Cillian’s family in which there grew three younger children, lived in Douglas, but then they moved to the suburb Ballintemple.

The adults of Murphy family worked in the educational sphere. Cillian’s father was an inspector in the Irish Department of Education, and his mother taught the French language. Cillian's grandfather, his uncles, and aunts, also worked as teachers. Moreover, Murphy had the music education. That’s why Cillian who perfectly played the guitar since his childhood dreamed of becoming a rock star.

The teenager’s fancy for music has almost led him to the conclusion of the serious contract with the well-known music label. At the last minute, the contract was canceled. Probably, it was his destiny. Cillian Murphy realized that he wanted to connect his future life with the music. At the age of sixteen, the young man by accident attended the master class on dramatic arts. Later Cillian admitted that he had felt the inspiration at that moment.

But after Cillian Murphy had finished the school at the insistence of his parents he didn't enter the theatrical university, but the law department of the University College Cork. The young man didn't feel any desire to become a lawyer. But the studies of legal disciplines turned out to be dull and uninteresting.

But Murphy visited drama school at the university and took part in the plays with pleasure. Each time he showed more increasing acting skills. Once the young actor who had the bright appearance and medium height (175 cm) was noticed by the directors of the play Disco Pigs. They invited Cillian to play a leading role. Cillian Murphy has begun his creative biography from this role.

The very successful debut in the sensational play of Disco Pigs which was even shown at Dublin Film Festival inspired the 20-year-old Murphy so much that the young man finally decided to concentrate on the acting career. Cillian regularly appears on the stage of the theatres of Dublin. In the breaks, he manages to perform in the movies.

The actor debuted in the movie Sunburn which was released in 1999. This starring role in this picture became a real breakthrough for Cillian Murphy. From that point, the actor began to appear more often on the shooting stage and found himself on the stage of the theatres more and more seldom.

The young blue-eyed actor has received a new star role in the melodramatic film On the Edge. This film tells a story about the young man Jonathan who decided to commit suicide. And in 2001 Cillian Murphy for the first time tried himself as a scriptwriter. The actor wrote the script to the comedy Watchmen in which he even performed the leading role.

The picture was shown at the Edinburgh Film Festival and received a lot of positive comments. In the same year 2001, the director Kristen Sheridan offered Cillian Murphy to take part in the screen version of the familiar play Disco Pigs. The actor not only has accepted this invitation but also has composed a soundtrack for this movie.

Soon Murphy was invited in the mini-series under the title The Roads We Take. It was a real take-off on the career ladder, the movie was released on BBC channel. Though, the Irish actor Murphy had to work hard on his English accent to perform the role of the romantic aristocrat.

The series was extremely successful, and the actor was noticed far beyond his native Ireland. Most likely, it was this role that encouraged the very famous director Danny Boyle to invite Cillian Murphy to play a role in the thriller 28 Days Later. The picture which came out on the big screens had a gross of more than eighty million dollars. This movie became a step in the actor's career development. After his appearance in this movie, Cillian was invited to Hollywood. The black comedy under the name Intermission had beaten all the previous record of the movies’ box office in Ireland.

In 2003 Cillian Murphy again appeared on the stage of the theater. The actor played Konstantin from Chekhov play "Seagull." The play was staged by Pieter Stein. The director encouraged the actors who were involved in the play to go to Russia and to visit Anton Pavlovich Chekhov's estate in Melikhovo. This way they managed to get into their characters better. The play has gained great success, and in 2003 it was shown at the prestigious festival in Edinburgh.

The same year Cillian Murphy appeared on the screen as a butcher. He received such role in the movie Girl with a Pearl Earring. The problem consisted in the fact that Cillian was a convinced vegetarian. That's why it was a challenging experience for the Irish actor to stay at the slaughterhouse to get into the character.

After this work, there were several more negative characters in Cillian Murphy's filmography. First of all, it was the role of Dr. Crane in the blockbuster Batman Begins directed by Christopher Nolan. In this movie, Christian Bale performed the leading character, and Heath Ledger played the role of the anti-hero Joker. Later Murphy took part in the sequel of the franchise under the title The Dark Knight and The Dark Knight Rises.

The thriller Red Eye followed this franchise. In this thriller, Murphy played the role of Jackson Rippner, a real villain with angelic appearance. Rachel McAdams became Cillian's partner in this tape. After a couple of negative characters the role of "the ideal villain" adhered to the actor.

Murphy decided to change this situation and took part in the drama Breakfast on Pluto in which Cillian's fans saw him in the role of the transvestite Patrick Braden. In such a way he has finished with the label of the anti-hero. Besides, the character of Braden has brought the new portion of popularity to the actor: Murphy has received the nomination for the Golden Globe Awards and has got the prize of the Irish Film & Television Academy. The critics consider this role the best one in Cillian’s acting career, as well as his role in the movie The Wind That Shakes the Barley. This historical drama narrates the fight of the Irish people for the independence. It’s remarkable that the movie shootings took place in the County Cork, which was native for Cillian Murphy.

The year 2007 turned out to be successful for the actor and full of star roles. This year the fantastic thriller Sunshine was released. In this picture, Murphy appeared as a character of the physicist who was saving the planet. While preparing to play this role the actor was consulting scientists and physicists from the Geneva laboratory for a long time.

Also, in 2007 there were two romantic movies released – the comedy Watching Detectives and the melodrama The Edge of Love. The latter film tells about difficult relations between two married couples. In this tape, Sienna Miller and Keira Knightley appeared on the screen together with Cillian. The picture was successful both at the audience and critics.

The thriller Peacock in which the actor performed in the duet with Susan Sarandon became the remarkable project of 2010. Murphy's character John suffers from a split personality. After his mother's death, the young man begins to get dressed as a woman and presents himself to people under the name of Emma. These lies lead and force the hero to the murder.

The same year Murphy took part in Christopher Nolan’s next project - the thriller Inception with Leonardo DiCaprio as the main character. The movie grossed $800 million in the hire and appeared among the best films of all times. Murphy transformed into the head of the powerful financial corporation - Robert Fischer who becomes an object of the developments of the industrial spy Cobb.

In the fantastic fighter In Time, Cillian performed the role of the negative character - the Timekeeper Raymond Leon. He serves the government of the civilization where time is considered to be the only existing currency. Justin Timberlake also took part in this picture.

The drama thriller Retreat also gained high ratings. Here Cillian Murphy worked together with Thandie Newton and Jamie Bell, who impersonated the characters who had accidentally survived after the attack of the fatal virus on the humanity.

In 2012 the actor enriched his filmography with the next blockbuster. It was a thriller Red Lights in which he performed the role of the physicist Tom Buckley. The Hollywood celebrities Sigourney Weaver and Robert De Niro became partners of the Irish actor on the movie set.

In 2013 Cillian became a producer of the crime series Peaky Blinders in which he performed the principal character - the leader of the gang Thomas Shelby. This gangster saga tells about the opposition of Shelby’s gangster clan and British police presented by the inspector Chester Campbell (Sam Neill). The events take place in Great Britain during the post-war years.

The actor was in relations with his future wife Yvonne McGuinness during eight years. In 2004 the young people married. Yvonne is a creative person; she dedicates herself to the video arts.

At present private life of Cillian Murphy includes his wife and their two children. Their first son Malachy was born in 2005, and their second son Aran was born a year later. Cillian’s family lives in London. In his spare time, the actor enjoys playing the Hawaiian guitar, and he sings greatly. Cillian doesn't lead public style of life. Comparing his official fan page with his account on Instagram we can say that he almost doesn’t have publications.

At the meetings dedicated to the actor’s creative work, his fans argue whether Cillian has had plastic surgery or not. The actor doesn't comment on these rumors. Though, the movie fans have examined the actor’s photos and noticed that Murphy's nose has become thinner with time and his lips have become plumper.

In 2016 there was premiered the military drama Anthropoid in which Cillian Murphy together with Jamie Dornan performed the heroes of Czech resistance - Jozef Gabčík and Jan Kubiš. Their characters managed to carry out the plan for the killing of the statesman of the Third Reich - Reinhard Heydrich. At the end of autumn there came to an end the shootings of the comedy fighter Free Fire produced by Martin Scorsese. The picture tells about the underground deal on the sale of weapon which didn't happen. Christian Murphy turned into the member of the gang.

In July 2017 there came out the war drama Dunkirk with Tom Hardy in the leading role and with Murphy in the episodic role of the soldier. The movie narrates the military action which took place at the very beginning of World War II.

At present, the actor takes part in a couple of movies, among them – Wayfaring Strangers and At Swim-Two-Birds. 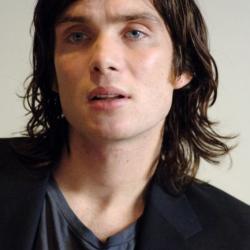