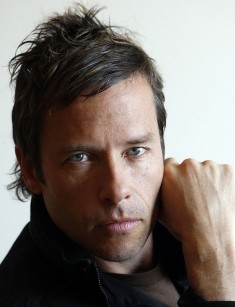 Guy Edward Pearce is an Australian actor and musician, known for the movies L.A. Confidential, Factory Girl, The Time Machine and others. He won the prestigious Emmy Award for the role in the series Mildred Pierce.

Guy Pearce was born in the British town of Ely, Cambridgeshire, but grew up in Geelong, Australia. His father Stuart Pearce was an air force test pilot and mother Anne Cocking was a teacher. The parents moved to Australia when the boy was only three years old. Unfortunately, the family did not live together for a long time. Six years later, his father died in a plane crash, and the mother had to bring up the child. The woman started deer farming to make a living.

Since early childhood, Guy Pearce was interested in acting. He attended the Society of Dramatic Arts and at the age of 11 he made his debut in the play along with adult artists. In his teens, Guy was sure that he would become a movie star, but he devoted a lot of time to sports. Guy attended a fencing section, went to the gym and even managed to win the title Junior Mr. Victoria at the bodybuilding contest.

At school, Guy Pearce began to send his photos to film studios and television channels. In the end, he was lucky. The directors invited the young man to the soap opera Neighbours. The aspiring actor played along with the rising stars Kylie Minogue and Jason Donovan. Thanks to this trio, the series became the most successful project in the history of Australian television.

But a real breakthrough in his career was a little bit later. At first, Pearce appeared on the screen in the image of a drag queen in the comedy-drama film The Adventures of Priscilla, Queen of the Desert and thanks to this film he was invited to Hollywood to star in the thriller L.A. Confidential. This movie has won several Oscar Awards, and Guy became famous around the world.

In 2000, Guy Pearce appeared in the leading role in the psychological detective Memento directed by Christopher Nolan. Initially, the director saw Alec Baldwin as Leonard Shelby, but he refused. The film premiered at Venice Film Festival, where critics enthusiastically received it. It was his breakthrough in Hollywood. In 2017, the film was included in the National Film Registry.

Later, the actor began to play in high-budget films such as the science fiction film The Time Machine, the adventure drama film The Count of Monte Cristo, the family drama movie Two Brothers. Pearce was even injured while filming in The Time Machine. The actor broke a rib.

At the end of 2006, the biography film Factory Girl was released. It is dedicated to the American artist and producer Andy Warhol and his protegee, actress Edie Sedgwick. Guy played the famous artist. Charming Sienna Miller portrayed Edie.

The thriller Death Defying Acts caused a new surge of popularity. Guy played the legendary magician Harry Houdini, and actress Catherine Zeta-Jones became his partner on the set. The actor had a huge success and won the Emmy award after filming in the television series Mildred Pierce with Kate Winslet.

In September 2009, Guy Pearce appeared in one of the leading roles in the drama The Road. The actor’s partners on the set were Viggo Mortensen, Charlize Theron, Robert Duvall and others.

Then Guy played the role of Marion Snow in the action movie Lockout. The mission of Pearce’s hero was to rescue actress Maggie Grace’s character. The author of the script was Luc Besson.

At the same time, Guy appeared in the crime drama Lawless and the horror film Prometheus.

Guy Pearce’s most prominent latest works are the action film The Rover, the melodrama Breathe In and the biographical drama Genius, where he played the classic writer of American literature, Francis Scott Fitzgerald. One of the most anticipated movies of 2016 was the western thriller film Brimstone, where the Australian with young Dakota Fanning could please the audience.

In 1997, there were rumors that Guy Pearce was in a relationship with writer Kate Greathead, but the same year the actor married his childhood sweetheart, psychologist Kate Mestitz. The couple lived together for more than 18 years, but in October 2015 they officially announced their separation.

After the divorce, Guy Pearce began to date, and later to live in a common-law marriage with the Dutch actress, Carice van Houten. They starred together in several films. At the end of August 2016, Guy and Carice became parents. The woman gave birth to a son, Monte Pearce.

It is an interesting fact that despite regular shooting in Hollywood movies, Guy Pearce remains an Australian and continues to live in Melbourne, as well as at the dawn of his film career.

By the way, the man is a talented actor and a gifted musician. He plays various instruments, sings and even composes music. In the late 1980s, in Australia, radio stations featured Pearce's singles "Call Of The Wild" and "Journey," and in the 21st century, Guy Pearce recorded two albums: the soundtrack to the melodrama A Slipping-Down Life and the solo album Broken Bones.

In May 2017, Guy Pearce returned to the role of Peter Weyland in the sequel to the film Prometheus, titled Alien: Covenant.

In January 2018, the audience saw their favorite actor in the drama Swinging Safari. A month later he appeared in the leading role in the thriller Spinning Man. The plot tells about philosophy professor Evan Birch when people find out about his inappropriate behavior towards female students. At the same time, Evan is suspected of murdering a student.

The beginning actresses Odeya Rush and Alexandra Shipp played in the film, as well as the famous James Bond - Pierce Brosnan.

At the same time, Ben Lewin's spy film The Catcher Was a Spy was released, where Guy portrayed engineer Robert Furman.

2018 was fruitful for Guy Pearce. Besides three above mentioned films, the actor appeared in the thriller Domino and the dramas Mary Queen of Scots and Poor Boy. The actor played the leading roles in the movies.

Pearce will soon appear in three more films, where he will play one of the main characters. It is Steve Buscemi’s drama with the ambiguous title Queer, Robert Edwards's thriller Trust and Mark Joffe’s drama Violet Town. 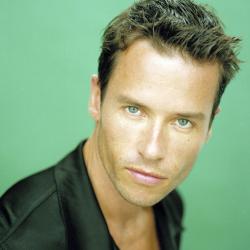