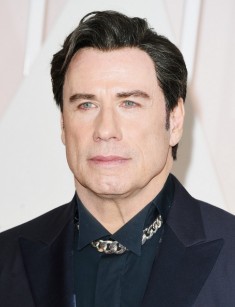 John Travolta is an American actor, singer and dancer, the Golden Globe and Emmy Awards Winner.

John Travolta was born on February 18, 1954, in a large family. The future actor was the sixth child. John’s father was a professional football player. When he retired from the sport, he started trading of auto parts. Hollywood star’s mother taught acting.

John Travolta learned at mother's knees the basics of acting. The father built the kind of stage in the house where children gave amateur performances. When they grew up, three of the six children became actors.

Since 6 years John was engaged in dances. His teacher was the brother of the famous dancer Gene Kelly. Travolta seemed to be born to dance as he was stylish, leggy, sinuous. He spent his youth on the dance floor, and in 16 years, John Travolta had performed professionally on the theatrical stages of New Jersey. Then there was Broadway, where an artistic guy caught the attention of the producers.

In 1966, Travolta entered Acting School in New York, studying the dance and vocal art. He continued his studies at the Dwight Morrow High School in Englewood, but in 1970 he dropped out of the School and soon received his first role in the musical comedy Bye Bye Birdie.

Travolta got his first roles in films in the 1970’s. For the first time, John Travolta appeared on TV in 1975 in the musical Welcome Back, Kotter. The same year, he starred in the film The Devil’s Rain. His first acting experience was successful and John was finally sure of the right choice of the profession.

The role in the film Saturday Night Fever brought him fame. The film was shot in 1977. Travolta played a young lover of discos in a skillful way. It was the typical image of the youth of that time. The actor revealed his dancing and dramatic talent in the film. John Travolta was nominated for the Oscar Award for this role.

Many people call the premiere of the movie Grease the start of climbing to Hollywood stardom. It is considered one of the best American actor’s movies. The actor often starred at that time and there was a new film with his participation almost every year. Soon Travolta was associated with the image of an attractive young man, who danced well.

Sylvester Stallone’s movie Staying Alive became a significant point in John Travolta’s acting career. The American actor showed the difficult fate of a dancer in this movie as it had not only victories, but also a failure, pain, injury, and disappointment.

Travolta became the cult actor after the role of a gangster in Pulp Fiction. The film was released in 1994 and after the premiere American directors began to offer John new projects. Critics and viewers liked the dance very much which was performed with Uma Thurman.

In 1995, John Travolta played a major role in the film Get Shorty. The actor was nominated for the Golden Globe Award, and John won this Award for the first time. Later, the actor starred in several successful projects, including the melodrama Michael, the military drama The Thin Red Line, the criminal thriller Face/Off, the tragicomedy Primary Colors and the drama A Civil Action.

Viewers especially remembered the actor's play in the melodrama Michael, as well as the slogan of the film " He's an Angel… Not a Saint "

In 2000, Travolta produced the film Battlefield Earth, and he also played the main role in the film. The screen version of the novel by the founder of Scientology, Ron Hubbard, did not bring success to the creators. Moreover, the picture became the record holder for the number of Golden Raspberry Awards. In 2001, the film received seven “Anti-Oscars”, including in the category the “Worst Actor”. In 2010, the movie was named “the worst film of the decade”. Fans of Hollywood celebrity consider this result a catastrophe in the professional career of an American actor.

Nevertheless, the video with the actor, as well as the songs that Travolta performed in films, became legendary. The audience puts emphasis on the singles from the film Grease. In this film, John Travolta sang singles together with actress Olivia Newton-John.

John Travolta is the father of three children. His eldest son is no longer alive. A 16-year-old boy died during an epileptic seizure on January 2, 2009. The tragedy occurred in the actor’s house in the Bahamas.

John’s wife is actress Kelly Preston. They have been married since 1991.

John Travolta is fond of airplanes. The actor has admitted that he has had the passion for aviation for his entire life, becoming mad about “metal birds” at the age of 5. The future actor dreamed of becoming a pilot in his childhood. He collected airplane models and could watch military training for hours at the US Air Force military base near his home.

There are several aircraft in the actor’s "collection". For example, he has the Boeing 707. Travolta has a pilot license and several thousands of hours' flying time. Private aircraft are named after John's children.

John Travolta has been practicing Scientology for 40 years. He became interested in this religious and philosophical movement on the set of the film The Devil's Rain when the Mexicans presented the actor the book "Dianetics".

Travolta is engaged in charity. In 2010, the actor personally delivered to Haiti drugs and clothing for doctors who helped the victims of the earthquake. The actor and his wife donate large sums to children's funds and other charitable organizations.

In 2017, John Travolta presented Boeing 707 to the Australian Museum. The actor said that he presented the aircraft to the Australian society, which is engaged in the restoration of historic aircraft. This statement was published on the official website of the Hollywood celebrity.

"It gives me great pleasure to make this exciting historical announcement that my beloved Boeing 707 aircraft has been donated to the Historical Aircraft Restoration Society (HARS)" John Travolta said.

The actor noted that since 1964 the aircraft flew in the Qantas Australian airline, but later the aircraft was re-equipped for private use. According to the celebrity, it requires a lot of effort to restore the airliner to the flying state, however, the American is confident that HARS representatives will solve the problem.

Bob De La Hunty, the President of HARS (the Historical Aircraft Restoration society), said in an interview with the Australian edition of Illawarra Mercury that the team of engineers is ready to fly to Florida to carry out the necessary procedures to restore the airliner. The head of the organization did not say about the assumed date of the flight, but he stated that the actor would be on its board when the aircraft flew from the USA to Australia.

Nowadays John Travolta is one of Hollywood highest paid actors. The actor continues to participate in the filming. The last action film with the participation of the American I am wrath and the criminal western In the Valley of Violence will be released in 2016. In addition, Internet memes bring fame to the prominent Hollywood representative.

Gangster Vincent Vega, Travolta’s hero from the movie Pulp Fiction, became more popular than other characters, who the actor tried to play on the set.

Confused John Travolta was even "forced" to advertise the Belarusian shoe store. A director created a video, where the actor, playing a famous American, is perplexed by an empty store.

There are hundreds of published gif-images nowadays. Travolta does not comment on such jokes, but the popularity of the American only grows, and there are more and more confused heroes every day.

Representatives of the American press have always paid attention to the lifestyle of the Hollywood celebrity. Film critics and fans of the star remember impressive photos of Travolta’s house. John has realized in his own estate such ideas as the plane at the doorstep, the air-strip, and also the garage for 16 cars and many others. It is assumed that the cost of such a mansion is $ 12.5 million. 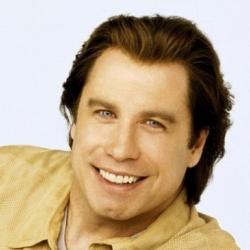