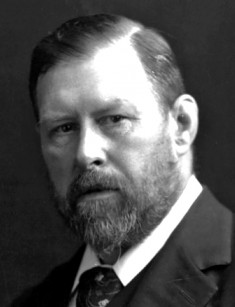 A writer who creates blood-curdling stories bears a heavy responsibility: it is hard to frighten a sophisticated reader, and it is even harder to make them feel through the melancholic, gloomy, and attractive world.

Thus, a master should make the impossible: to dip readers into the obscure, mystic plot and give them goosebumps. Many outstanding writers did successfully: Edgar Allan Poe, Howard Lovecraft, and Bram Stoker who introduced Dracula to the world and presented the novels The Jewel of Seven Stars and The Man.

Abraham "Bram" Stoker was born on November 8, 1847, in the capital of Ireland. Many literature geniuses came from Dublin: William Butler Yeats, George Bernard Shaw, Samuel Beckett, Oscar Wilde, Jonathan Swift, and so on.

Bram grew up in an ordinary civil servant’s family. His father, Abraham Stoker, and mother, Charlotte Mathilda Blake Thornley, had seven children and lived a modest, dull living, just like the majority of people at that epoch. The parents were Protestants, so Bram and his siblings went to the Church of Ireland Parish of Clontarf.

Stoker’s childhood was not rich in events. However, he remembered his disease for his whole life. Because of the unknown illness, Bram could not walk or stand; until seven, he did not know what it was like to play with his peers in the yard or to go in for sports. Later, the man wrote about it:

“I was naturally thoughtful, and the leisure of long illness gave opportunity for many thoughts which were fruitful according to their kind in later years.”

There is no wonder that the main character of his novel Dracula is often pictured when he sleeps.

There was little hope for the boy, yet he could overcome the disease completely. When the young man became a Trinity College student, he was fond of track and field and soccer.

Bram’s student team scored many goals with his support. In 1870, the young man graduated with honors in mathematics: Stoker was not only strong but also incredibly intelligent.

After the graduation, Bram Stoker followed in his father’s footsteps and began to build a civil servant’s career. He also worked part-time as a journalist and theater critic for The Evening Mail for a change. Stoker’s reviews were popular among the sophisticated ladies and gentlemen; other theater observers respected him as well.

Once, Stoker wrote a favorable review on Hamlet with Henry Irving. The actor was so touched that he invited Bram to dinner at The Shelbourne Hotel. From that time, they were good friends.

In1878, Henry asked Stoker for another publication and offered his friend the position of a director of London's Lyceum Theatre, West London. For this reason, the writer moved to the capital of the country. Thanks to Irving, Stoker met Arthur Conan Doyle, the creator of Sherlock Holmes, and the full-length portrait master James Whistler.

Stoker wrote a lot of books, but the majority of them did not become as popular as the story about the gloomy vampire’s life. Bram Stoker began to write in 1874 and created The Crystal Cup. The books The Primrose Path (1875), The Duties of Clerks of Petty Sessions in Ireland (1879), and The Snake’s Pass (1890) followed.

The 1897 novel Dracula is the peak of the writer’s talent that originated the new branch in literature and cinematography. It took Stoker eight years to write the vampire story; he was not only looking for the inspiration but also thoroughly studied the European folklore and legends about blood-sucking creatures that terrified by holy water, sun, wooden stake, and garlic.

One should also give credit to the writer Joseph Sheridan Le Fanu: Stoker was influenced by his gothic novel Carmilla (1872).

Bram started working on the manuscript at the beginning of spring 1890 when the images of the future characters appeared in his mind: an elderly man slowly rising from a coffin and a young woman stretching her hands to his throat.

Initially, the story was set in Styria, not North-West Romania. Several months later, Stoker changed his mind: he found a book about Vlad III also known as Vlad the Impaler; just like Ivan the Terrible, he was a severe ruler who showed no mercy to his enemies or close people.

The prototype of Stoker’s character, Vlad III, was the ruler of Wallachia in 1448, 1456-1462, and 1476. He organized a campaign to Transylvania (1457), fought against the Ottoman Empire, and stood against the church politics.

According to legends, Vlad was a cruel person and eliminated his enemies and guilty servants in a dreadful manner: he had them impaled. Real Dracula did not drink human blood, but he liked to watch his victims in agony and invented new executions. For example, when visitors of different faith did not remove their turbans in front of him, Vlad ordered to nail their heads.

Naturally, Bram Stoker could not but notice this outstanding figure. The writer started working twice as hard. However, his son used to say that Stoker’s dream was the beginning: once, the man saw a vampire getting out of a coffin. There is also a theory that Bram had visited Slains Castle in Scotland and read Jules Verne’s The Carpathian Castle. Anyway, Dracula is not a biography of Wallachia’s governor – it is a full-fledged piece of art that presents psychological portraits. Bram showed vampirism as a demonic disease and mixed the themes of death, blood, and lust.

The plot is based on Count Dracula’s desire to gain new territories. Another iconic character, Van Helsing, appears in the book: he was a metaphysician philosopher who specialized in occult magic.

Bram Stoker was not the first writer who made the vampire the primary antagonist: in 1819, John William Polidori published his short story “The Vampyre.”

However, it was Stoker’s novel that brought to life the so-called vampire myths and became the fundament for further texts. Stoker’s contemporaries and literary critics appreciated the book; even Arthur Conan Doyle named it one of the best gothic novels in his time.

The Russian poet Alexander Blok was so impressed by the novel that he could not stop thanking his friend who had recommended Dracula to him. As Blok admitted, he was reading this book for two nights and was “desperately terrified.”

Although literary geniuses welcomed Stoker’s work, it was not much popular among bookstore customers: they preferred Marie Corelli’s mysterious decadent novel The Sorrows of Satan about a poor writer Geoffrey Tempest who met Lucifer himself.

Stoker’s other books were also worth reading. The next year after Dracula, the novella Miss Betty (1898) came out; The Mystery of the Sea (1902), Personal Reminiscences of Henry Irving (1906), and The Lady of the Shroud (1909) followed.

1911 brought a new novel for horror fans, The Lair of the White Worm. The story is based on the legend about a horrible monster, the Lambton Worm, that terrifies towns and villages. Besides, the author had the collections of short stories released: Under the Sunset (1881) and Dracula's Guest and Other Weird Stories (1914).

There is little information about the writer’s personal life. He was a devoted person and valued friendship. Thus, the death of his friend Henry Irving deteriorated his health: the man had a stroke and could not get back to normal for a day.

Bram was married to Florence Balcombe, the beauty whom Oscar Wilde used to love unrequitedly. However, they were on friendly terms. Bram and Florence had one child, the son Noel.

Despite his outstanding talent, Bram Stoker spent his last years in poverty. The 64-year-old writer died on April 20, 1912. Some biographers believed that tertiary syphilis caused his death; others were convinced the man passed away due to his growing paralysis. Bram’s body was cremated, and the ashes were put in an urn.

The name of Bram Stoker is immortal. Thanks to him, numerous vampire sagas have been created, as well as movies; the image of the graceful monster Dracula continues to be almost iconic. In 1922, Friedrich Wilhelm Murnau presented his classic black-and-white movie Nosferatu: A Symphony of Horror based on the writer’s novel. The movie studio could not get the screen adaptation rights, so the names of the main characters had to be changed. Gustav von Wangenheim, Max Schreck, Greta Schröder, and Alexander Granach appeared in this project.

In 1931, the actor Bela Lugosi created the canon image of Dracula. Overall, there are so many works with references to Stoker that their titles could not be squeezed into one book: the frightening and catching image of the bloodsucker is immensely popular today. 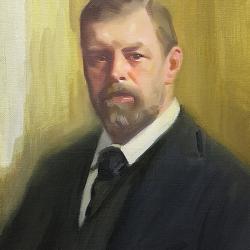