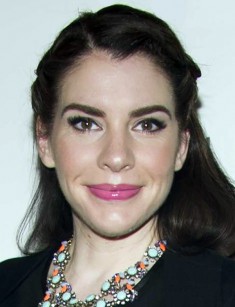 Stephenie Meyer is an American writer particularly popular among teenagers who show their keen interest in the vampire and alien themes. Meyer is the author of the Twilight Saga books; today, the housewife continues to surprise readers and creates bestselling novels that have been translated into 37 languages. She promises to present a new book about mermaids and ghosts soon; movie makers are working on projects based on Meyer’s stories.

Stephenie Meyer was born in December 1973 in Hartford, Connecticut, into the Mormon family. Soon, the parents took their children and moved to Arizona. They settled in Phoenix, the provincial town where the five-thousand Mormon community supported its members. Later, the writer paid her respects to that place and mentioned it in Twilight.

The family was large: three daughters and three sons. The father, Stephen Morgan, got a job and paid the tithe; in the evening, he would gather his relatives and interpret Book of Mormon chapters. Stephenie and her siblings could watch TV only on Sundays until eight o’clock; she wore a long skirt and brushed her hair smooth.

As the girl transferred to a secular school, she was shocked to see the contrast. However, the father insisted that the immersion in a “pagan” environment was the necessary challenge to test religious people’s spirit.

There were no “secular” books in Steph’s house – only religious texts were available. Still, the girl was so fond of reading that violated her father’s will and devoured Charlotte and Emily Brontë, Jane Austen, and William Shakespeare. The young woman’s fondness of literature determined her life: Stephenie Meyer entered the Mormon Brigham Young University in Provo, Utah. Several years later, she received her BA in English.

The 29-year-old writer got the idea of the first book from her dream. She saw a young couple at a green lawn: a vampire young man was looking at a woman with the eyes full of love. In the morning, Meyer realized she wanted to write a novel about lovers. In the course of time, she still wanted it; her desire turned overwhelming.

Stephanie was a housewife and a mother of three boys. Little by little, she created the underlying idea of her future book and worked on its narrative moves and details. The woman kept the house and squeezed in the time for writing. Three months later, the 1500-pages book was finished.

The writer began to offer her manuscript to various publishing houses. The Internet companies did not accept it, yet Meyer did not lose her faith: she knew that her work would find its audience eventually. Little, Brown, and Company decided to release the book. It proved to be popular, and the publishers offered Stephenie a new $750 000 contract for three new books.

The first novel came out in fall 2005. Readers appreciated Twilight immediately and bought it up; the publishing house had to order additional editions. Soon, the first part of the vampire saga was called the national bestseller and became number five in the overall sales.

Stephenie Meyer was inspired by the unexpected success and pleased her fans with a book per year. In 2006, New Moon came out; the sequels Eclipse and Breaking Dawn followed in 2007 and 2008 correspondingly.

The fourth book about the vampires shows that Bella decided to become Edward’s wife and gain immortality. After a short period of happiness, the horror begins: the woman is pregnant from a vampire which is the worst crime according to the vampires’ laws. The mother and the half-blood vampire kid are threatened: they may be executed. Edward is looking for the way to save his beloved one and his child.

The original plot was expanded in spin-offs: in Midnight Sun, the same story is represented by the vampire Edward Cullen. In 2010, the writer had the book about the secondary character, Bree Tanner, released.

In 2011, the writer summarized the vampire saga in The Twilight Saga: The Official Illustrated Guide. More than 85 million copies in different languages were sold.

In 2008, the American director Catherine Hardwicke created the movie based on Twilight. Kristen Stewart and Robert Pattinson played the main characters.

In 2008, the movie saga was premiered all over the world; it finished in 2012. It was as popular as the book version: the international box office exceeded $393 million. Stephenie Meyer appeared in an episode and played a café visitor.

The American does not limit herself with the vampire theme. In 2008, she presented the novel about aliens, The Host. It is the story of the complicated relationship between people and aliens who arrive on the planet. The book was adapted to the big screen five years later, but the public excitement was weaker than in case of Twilight.

In 2015, fans of vampire stories welcomed the new novel Life and Death: Twilight Reimagined. It is the reinterpretation of the famous plot: readers have the opportunity to see what would happen if Bella was a man and Edward was a woman.

Millions of fans admire Stephenie Meyer’s books. However, there are many critics as well. Stephen King called his colleague untalented and opposed her to Joanne Rowling. Meyer’s simple style, unpretentious phrases, and commonplace storylines are often criticized and laughed at.

Some people compare the writer’s vampire books and the works of her colleague Lisa Jane Smith, the author of The Vampire Diaries published in the early 1990s: their stories are similar. Still, Stephenie Meyer says she has not read Smith’s works; she believes that the number of fans speaks for itself and serves as the best criterion of her art assessment.

In 2016, Meyer presented the second (after The Host) book for adults; teenagers were the target audience in the previous novels. The spy detective The Chemist was published in mid-November and founds its fans. Jason Bourne’s and Aaron Cross’s adventures inspired the writer to create this book. The main character is the woman whose primary weapon is her intelligence, not guns or physical strength.

Stephenie Meyer’s vampire novels are so popular that some 3000 fans queue to get her autograph when she presents new books. People dress like the saga characters, create fan-fiction, and celebrate Bella Swan’s birthday – they call it Stephenie’s day. There is also a music group that performs songs related to the vampire theme.

Steph met her future husband when she was four years old: she met the boy at the Mormon church where their parents took them. They met again when Stephenie was a university student, and the missionary Christian came back from Chile. There was no flash of feelings and great love: Christian Meyer came from a Mormon family, and the woman’s father had already approved of him as his son-in-law.

Christian proposed to Stephenie 40 times, but she kept rejecting him. The rough father interfered and commanded his daughter to marry the man.

Steph married when she was 21. Soon, three children were born: Gabe, Seth, and Eli. Christian worked for an audit company, and his wife stayed at home. Literature was the breathing hole for Stephenie: she could set her imagination free and rest.

Stephenie Meyer has no bad habits: she does not drink alcohol or smoke. It took her two years to lose 51 kg. after childbirth.

In 2010, Forbes placed the writer on the 59th position in the rating of stars: she earned $40 million that year.

Every hour is filled in the writer’s days. She is working on the script of the new series, The Rook; the stories of Hannibal, Supernatural, and Blindspot are intertwined there. The TV channel Starz offered Meyer this job. The studio Lionsgate that used to shoot Twilight is to present the project.

In 2017, there was the information about Meyer’s new novels, The Soul and The Seeker; they develop the story of the Soul that implanted itself in Melanie’s body. The writer shared her future plans: to write books about ghosts, mermaids, and teleporting.