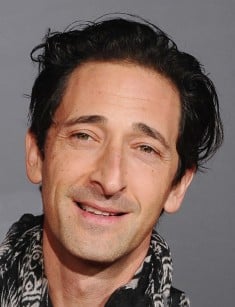 The unusual appearance of some actors allows them to be distinguished with favor among their colleagues in the movie industry. No doubts, that's a great advantage. But this fact also has a reverse side – such actors quite often become associated with one image only. Ron Perlman, Tilda Swinton, Benedict Cumberbatch, Peter Dinklage, and Priyanka Chopra – these actors have managed to get rid of their image more or less successfully. Though they haven't achieved the successful results of Adrien Brody.

The future actor was born in the District of Woodhaven, situated in Queens – one of New York’s districts. Adrien was born on the 14th of April, 1973 in the family of the historian Elliot Brody and his wife, a press photographer Sylvia Plachy. Both of his parents are Jews.

Since childhood, Adrien showed his remarkable acting skills. At the age of twelve, he already performed at children's events and later began to pose for his mother's photography works. It was exactly when Brody learned how to behave in the right way in front of the cameras.

After the completion of the studies at the ordinary school, Adrien was enrolled to Fiorello H. LaGuardia High School of Music & Art and Performing Arts and later to Academy of Motion Picture Arts and Sciences, A.M.P.A.S.

Adrien debuted on the screen at the age of fifteen, when he appeared in the television drama Home at Last directed by David Devries.

Already next year Brody has managed to get into the cast of the almanac movie New York Stories shot in the genre of comedy melodrama. This movie is remarkable because Martin Scorsese, Woody Allen, Francis Ford Coppola, Mia Farrow, Nick Nolte, Rosanna Arquette, Giancarlo Giannini, and some other not less popular experts have worked on it.

In 1993 the young actor took part in the historical drama King of the Hill directed by Steven Soderbergh (Ocean's Eleven, Side Effects, Logan Lucky) with the participation of Jesse Bradford, Spalding Gray, and Lisa Eichhorn. Two years later Brody has played the major role in the drama Nothing to Lose directed by Eric Bross (Stranger Than Fiction, On the Line, The Boy Who Cried Werewolf ).

The same year there came out one more criminal fighter Bullet with the participation of Adrien. It is a cult film featuring Mickey Rourke and the rapper Tupac (by the way, Adrien is on friendly terms with these two men). The popular at that time music video director Julien Temple shot this movie.

In 1997 Adrien together with Thomas Jane and Keanu Reeves performed in the drama The Last Time I Committed Suicide directed by Stefen T. Kay which was based on the biography of Neal Cassady, the outstanding representative of the Beat Generation and the companion of Allen Ginsberg, Jack Kerouac, and William Burroughs.

At that period together with Norman Reedus and Debbie Harry, Brody the actor took part in the crime drama Six Ways to Sunday directed by Adam Bernstein who later became the director of some episodes of the series Scrubs, Californication and Breaking Bad.

Next year the actor had the luck to take part in the war drama under the title The Thin Red Line. This movie was directed by Terrence Malick (Badlands, The Tree of Life, Song to Song). This movie was based on the book of James Jones. The major roles in the picture were performed by Sean Penn, Nick Nolte, Jim Caviezel, John Cusack, Ben Chaplin, and Woody Harrelson. After this movie, the public and directors began to talk seriously about Brody. However, it was still far to the star roles.

The year 1999 was remarkable for the actor because he took part in the crime thriller under the title Summer of Sam directed by Spike Lee (Inside Man, 25th Hour). The picture was based on the series of crimes of the maniac nicknamed Son of Sam. Except for Adrien Brody, John Leguizamo and Mira Sorvino played the major roles.

In 2001 Adrien appeared in the screen version of the novel The Queen's Necklace written by Alexandre Dumas. This movie was shot by Charles Shyer (Father of the Bride, I Love Trouble, Alfie). Hilary Swank, Jonathan Pryce, Brian Cox, Simon Baker, Christopher Walken, and other actors appeared in this movie.

A year later Roman Polanski (Rosemary's Baby, Chinatown, The Ninth Gate) directed the movie The Pianist in which Brody received the leading role. The picture told the real-life story of the Polish Jewish pianist Władysław Szpilman. The film The Pianist has received many awards including César, Golden Palm and three Academic Awards (one of which was awarded to Adrien personally).

The actor received his next significant role in the dramatic horror The Village directed by M. Night Shyamalan (The Sixth Sense, Split, After Earth). Besides the unexpected ending the spectators remembered the picture because of the professional and high-skilled cast. The cast included the following actors - Joaquin Phoenix, Sigourney Weaver, Brendan Gleeson, William Hurt, and others.

The same year 2004 there was released the fantastic detective story The Jacket shot by John Maybury, the scriptwriter of the series Rome, The Borgias and Marco Polo. The movie was based on the book The Star Rover written by Jack London (also issued under the titles Strait-Jacket and Wanderer on the Stars). Except for Adrien, Keira Knightley, Daniel Craig, and Kris Kristofferson played in this movie.

In 2005 Brody participated in the second remake of the movie King Kong released in 1933 (the first movie was shot in 1976 by John Guillermin, and the third directed by Jordan Vogt-Roberts came out in 2017). Already famous Peter Jackson (Bad Taste, Braindead, the trilogy of the Lord of the Rings) became the head of this project, and among the actors-performers, there were the names of Naomi Watts, Jack Black, Andy Serkis, Thomas Kretschmann, Colin Hanks (Tom Hanks’ son) and Jamie Bell.

In 2008 Adrien played a role in the drama Cadillac Records directed by Darnell Martin about the music business in Chicago during the fifties of the last century. Moreover, he took part in the thriller Giallo directed by the cult master Dario Argento. In 2009 the actor participated in the shootings of the fantastic horror movie Splice shot by the director Vincenzo Natali (Cube, Haunter, The American Gods). Besides, Sarah Polley, Brandon McGibbon, and David Hewlett took part in the movie.

The next year was also marked with the fantastic horror movie. That time it was the picture under the title Predators directed by Nimród Antal (Vacancy, Armored, Metallica: Through the Never). To play the role of worthy replacement to Schwarzenegger, thin and tall Adrien (the actor is 185 cm tall) had to put up more than 10 kilos of muscle mass. This allowed Brody to look spectacular on the background of not less bright actors Topher Grace, Oleg Taktarov, Laurence Fishburne, Danny Trejo, and Alice Braga.

Moreover, in 2010 Brody together with Cam Gigandet, Clifton Collins Jr. and Forest Whitaker took part in the psychological thriller The Experiment. The film directed by Paul Scheuring became a remake of the German same-name movie shot by the book Black Box written by Mario Giordano. It's remarkable the fact that the book was also written by the real prions experiment which took place in California.

In 2011 Adrien played the major role in the movie Detachment directed by the creator of The American History X - Tony Kaye. The actress Lucy Liu and Sami Gayle appeared on the screen together with Adrien. In 2013 Brody took part in the series Peaky Blinders - the crime drama with the participation of Cillian Murphy, Paul Anderson and Sophie Rundle in the leading roles.

A year later there came out the detective story The Grand Budapest Hotel directed by Wes Anderson (Rushmore, Moonrise Kingdom) based on the stories written by Stefan Zweig. Many eminent actors took part in this movie: Ralph Fiennes, Jude Law, Tom Wilkinson, Willem Defoe, Harvey Keitel, Jeff Goldblum, and others.

Later there came out the mystical thriller Backtrack directed by Michael Petroni, the scriptwriter of the movies Queen of the Damned and The Rite in which Adrien performed the role of the psychologist Peter Bower who by chance finds out that his clients are not those whom they pretend to be. The same year Brody appeared in the major role in the biopic series Houdini directed by Uli Edel (Ring of the Nibelungs, Times Сhange You).

In 2015 Adrien together with Jackie Chan and John Cusack appeared in the historical fighter the Dragon Blade directed by Daniel Lee. The last film with the participation of Adrien Brody released till 2017 was a crime thriller Bullet Headshot by Paul Solet (Grace, Dark Summer, Tales of Halloween). Antonio Banderas, John Malkovich and Rory Culkin – the brother of Macaulay Culkin also took part in this movie.

In the early nineties, Brody has relations with the model Sky Nellor. Later he left her for the actress and singer Mona Masur. Though, their relations haven't lasted for a long time.

In 2007 Adrien got acquainted and began to have relations with the actress Elsa Pataky. Their relations haven't resulted either in the engagement or at the wedding. At present Pataky is married to the actor Chris Hemsworth, and Brody is engaged in the relationship with the model Lara Lieto.

Adrien has never been married and doesn’t have children.

Soon there will be released at least two movies with the participation of Adrien: the military drama Air Strike directed by Xiao Feng. In this movie, the actor will appear on the screen together with Jackie Chan and Bruce Willis. Also, there will come out the historical drama Emperor in which the actor will play together with Sophie Cookson, Thomas Kretschmann, Oliver Platt, and Bill Skarsgard.

Also, two more pictures with Brody's participation are in production. These are the comedy Cannes directed by Christopher Thompson and Brian Tucker's fighter Expiration. In both movies, Adrien received the leading roles.

In his spare time, the actor prefers spending his day at home, playing with the dogs. On his Instagram account, Brody quite often publishes the photos and short videos which show his life outside the movie set. 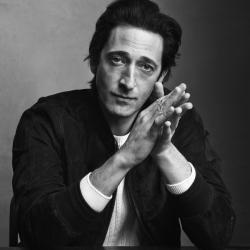