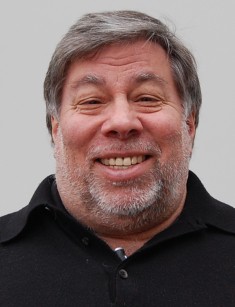 Stephen Gary Wozniak, better known as Steve Wozniak, is an American inventor, electronics engineer, who co-founded with Steve Jobs the world-famous Apple company. It was he who invented the first personal computer and shaped the development of the industry.

Steve was born in the Californian city of San Jose, in the family of Margaret Kern and her husband Jacob Wozniak. The boy’s father was an engineer, and it was he who taught Steve, nicknamed «Woz», all the peculiarities of the electronics. Little Steve created an intercom system and joined six children bedrooms of neighboring houses to chat with friends without leaving home.

In the fourth grade, Wozniak made a receiver and transmitter all by himself, studied the Morse alphabet and with the help of his father got an amateur radio license. Four years after the teenager invented electronic calculator on the basis of binary numbers, however, it was quite impressive in size. Steve was well-versed with transistors and diodes, but it was difficult to get along with girls. Wozniak was stocky and round-shouldered and he was not appealing to them. So, he fully immersed himself in electronics.

After school, the boy entered the University of Colorado, but he studied there only a year as the parents had no money for expensive studying. He transferred to a less prestigious De Anza College, however, soon he left it. But at College Steve met his namesake Jobs. They became friends due to the commercial fraud. The young engineer Wozniak created the device “Blue box” to crack сcommercial telephone networks, and the young businessman Jobs sold this device.

In 1975, Wozniak left the University, got a job at the Hewlett Packard company and began to create his own personal computer. He focused on the minimal size and made the so-called “computer in a briefcase”. Steve confessed later that he invented his first Apple I, to share it with others free of charge.

When Jobs found out about Steve’s invention he offered to organize their own firm and to establish the industrial production of the device. First, Wozniak was skeptical, but he succumbed to persuasion, considering it an interesting adventure. In 1976, the guys registered Apple company and soon received their first order.

They made computers actually “on the knees”, working in the bedrooms and in the garage. When they sold more than 250 devices, Wozniak left Hewlett Packard and focused on the new versions of their project. He added color graphics and made it possible to display not only text but also images. Apple II computer made a breakthrough on the electronics market. The company’s shares rose in price, thus Steve Wozniak and Steve Jobs became millionaires.

In 1987, Steve Wozniak left the company after 12 years of work. However, he is still a shareholder and a worker of Apple and he even gets a salary. The gifted engineer founded his own CL9 firm and began to develop a remote control. It was his idea of a universal remote controller. It is he who suggested the idea of a universal remote that can switch between many devices.

It is an interesting fact that Steve Jobs was very jealous of Wozniak’s new project and he even forbade suppliers of electronic products to sell the required goods under the threat of termination of the contract with Apple. Steve Wozniak was very disappointed about his friend, but he found new suppliers.

In 2001 he organized another firm. The Wheels of Zeus company created a wireless GPS technology which is in its modified form very popular now. Wozniak was also engaged in teaching in the school, he was a founding sponsor of the Children's Discovery Museum and the Computer History Museum in San Jose. By the way, one of the streets near the Children’s Museum was renamed “Woz Way” in honor of Wozniak.

Steve Wozniak’s first wife was Alice Robertson. She was a public figure and a member of the Order of the Eastern Star which was connected with the Masons. Wozniak also joined the Freemasons to spend more time with his wife. Although he even got the third degree there, he never shared the ideas of the onion. Steve and Alice lived together for about four years, but in 1980 they divorced.

In February 1981, Steve Wozniak was flying for the wedding rings, as he had already been engaged with the Apple employee Candice Clark. But the plane crashed, and the inventor sustained a head injury that led to amnesia. He could not recall the last few days of his life, including the crash, and the hospital.

Thanks to his love mate Steve gradually improved his health and finally married Candice. The wife gave birth to two sons and a daughter. In addition, Wozniak enrolled at the University and graduated, though under the name Rocky Clark. But the second marriage was not strong too and in 1987, Wozniak and Clark broke up.

Three years later, he met a former classmate, Suzanne Mulkern, who was the head cheerleader at school. They married in 1990, but they divorced 14 years after. Then the businessman had an affair with comedian Kathy Griffin. Steve Wozniak has been married to businesswoman Janet Hill for the last six years. 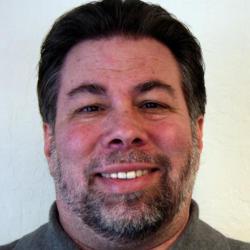