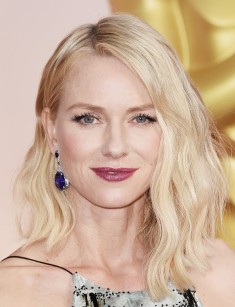 Naomi Watts is an Anglo-Australian actress and producer. She played the main role in the film "The Impossible". For the excellent work in this film, she was nominated for the Golden Globe and Oscar awards. Thanks to her acting talent she achieved incredible successes in cinema, gaining worldwide fame, a multimillion army of fans.

Naomi Watts was born in Shoreham, located in the English county of Kent. Myfanwy Roberts, the mother of the future film actress, was an antique dealer. Peter Watts, Naomi's father, at the time of the birth of his daughter worked as a manager of the beginning rock band Pink Floyd. Naomi has an elder brother Benjamin, who is 2 years older than the actress. Later, he became a famous photographer in the UK.

When the girl was 4 years old, her parents divorced, and 3 years later Peter Watts died of an apparent heroin overdose. Myfanwy with two children lived in many cities of the UK, taking almost every available job. But after a while, the mother decided to return to Australia, where she was born and where her parents lived.

The theater attracted little Naomi since early childhood. The girl saw the performances of her mother, who played in amateur productions and tried to participate in school plays. In Australia, Naomi began attending a theater-studio and acting courses and later tried herself in various castings and auditions.

She didn’t receive any serious role. When Watts was 18 years old, she signed a contract with a modeling agency and went to work in Japan. It took Naomi a year to understand that in fact, she wanted to do something else. Working as a reporter and correspondent for the fashion magazine, the girl continued to visit one casting after another. Her experience of working as a model allowed Naomi to appear in the films for the first time.

For the first time, Naomi Watts starred in the melodrama series "Return to Eden," where the actress played the role without words, posing in a swimsuit in front of the camera of one of the characters in the film. At the same time, Watts managed to get a small role in the historical drama "For Love, Only for Love." Later, the actress got roles in the series "Brides of Christ" and the melodrama "Flirting", as well as secondary roles in the drama "Wide Sargasso Sea", the melodrama "The Caretakers" and the thriller "Gross Misconduct".

The actress decided that it will be more difficult to get the first roles in Australia than in Hollywood, and went to the United States. The first American film of Naomi was the comedy "Matinee". However, neither this film nor the other 20 films made Naomi famous. The most famous films of that period in her career are the anti-utopia "Tank Girl", the horror film "Children of the Corn IV: The Gathering", the melodrama "Dangerous Beauty" and the fantastic comedy "Alien Planet". In these films, the actress played the leading roles.

In 2001, there was a turning point in her career. The psychological thriller "Mulholland Drive" was released, in which Naomi Watts played the main role and received the Chicago Critics Association Award. She was also nominated for the American Film Institute Award.

The actress also received a lot of interesting proposals. She played the main roles in such well-known films as the tragic comedy "Ellie Parker", the horror film "Elevator", the psychological thriller "The Ring", the black comedy "Plots with a View", the thriller "Ned Kelly" and the romantic comedy "The Divorce".

In 2003, the drama "21 grams" was released, for which Naomi Watts received the Award at the Venice Festival, and was also nominated for Oscar.

For the role of Maria Bennett in the drama thriller "The Impossible", Naomi was nominated for "Oscar" for the second time as the best actress of the first plan. This film was called the most notable in the cinematic biography of the actress.

The last bright works of the actress were the mystical film "The Sea of Trees" and the drama "Three Generations". The audience remembered the role of Naomi in the drama "The Book of Henry", the thriller "Shut In" and the biographical sports film about the boxer Chuck Wepner "Bleeder", where she plays the wife of the famous athlete.

The actress voiced the bunny Susan in the psychological thriller "Inland Empire".

Naomi Watts had many relations. In the British and Australian press, there appeared information that the actress had a romantic relationship with the director Stephen Hopkins and actor Heath Ledger. It is also known that for some time the actress had relations with the screenwriter Jeff Sminga and director Daniel Kirby, whom she met on the set of one of the films.

In 2005, Naomi Watts met the actor Liev Schreiber. The star couple soon began to live together. Two years later, Naomi gave birth to their first child Alexander Pete, and at the end of 2008, the second son, Samuel Kai, was born. The family lived in New York, but Naomi and Liev did not have a wedding.

In September 2016, it became known that Naomi Watts and Liev Schreiber broke up. The celebrities said that it would be the best solution for their family.

"With great love, friendship and respect in our hearts, we are going to continue to raise our children together, moving into a new phase of our relationship," Naomi and Liev told the media.

The best friend of Naomi Watts is another famous actress Nicole Kidman. The celebrities met in Australia when they both were unknown actresses.

An attractive woman with excellent appearance (Naomi's height is 165 cm and weight is 51 kg), is always in the center of attention. Fans hope to see Watts naked and often discuss her new photos on the Instagram. Nevertheless, the celebrity does not post such pictures.

In 2016, Naomi participated in the shooting of the film "Shut In". The actress appeared naked in this psychological thriller.

According to the plot, the heroine of Watts is a child psychologist and a widow who lives in the rural area of New England. During a furious winter storm, the woman should save a boy.

After starring in this film, in an interview with The Daily Mail, Naomi confessed that it was difficult her to see herself on the screen.

"It's hard for me to look at myself. I prefer to wait a little bit before watching the result."- said the actress.

In 2017, several films with the participation of the film actress were released. The most famous is the series "Gypsy". In the first season of the television series, the heroine of Naomi Watts works as a psychotherapist, but cannot find a common language with her husband and daughter. Nevertheless, she easily communicates with the relatives of her patients. In this film, the main roles also went to Billy Crudup and Sophie Cookson.

The author of the scenario of the film Lisa Rubin noted in an interview that she was inspired by the song Gypsy by Fleetwood Mac. The topic chosen for this film is not new to the world cinema. According to critics, the topic of love between women still attracts people. They proposed to call the film not "Gypsy" but, for example, "Uncaused". Because such a name would correspond to the character of the heroine, who does not find understanding from her husband but finds a like-minded girl.

In 2017, Naomi Watts appeared in the series "Twin Peaks." This legendary series by David Lynch appeared on the screens in 1990. Fans said that Naomi surprised them because she starred in this film. Earlier the actress ignored such projects. 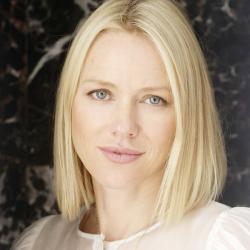