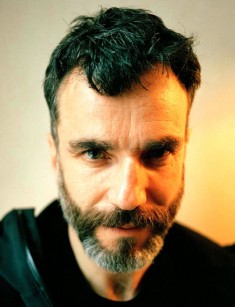 It is known, that there are several groups of people: those, who need to work day and night in order to achieve good results, and those, who achieve great success without efforts. The actor Sir Daniel Michael Blake Day-Lewis is in the second group.

The future three-time Oscar-winner was born on April 29, 1957, in London. His father Cecil Day-Lewis was an Irish poet. The actor’s mother Jill Balkon was a Jewish actress. She was a daughter of the producer Michael Balkon, a colleague of Alfred Hitchcock. Daniel was not the first child in the family - from previous marriages, Cecil and Jill also had children.

At school, Day-Lewis saw on TV the adaptation of the story of Barry Hines "Kes" by Ken Loach. The film impressed the boy and he decided to become an actor.

In 1970, Daniel became a member of the legendary Royal Shakespeare Company, where he worked for many years.

For the first time, at the age of fourteen, Day-Lewis starred in the episodic role-playing the young vandal in the film “Sunday Bloody Sunday” by John Schlesinger (“Terminus”, “Far from the Madding Crowd”, “Pacific Heights”).

Daniel made his debut in 1982 in the film "Gandhi" by Richard Attenborough ("A Bridge Too Far", "In Love and War," "Closing the Ring "). It is worth mentioning that before this film, Day-Lewis took part in several television projects - in the series "Play of the Month" and "Shoestring ".

Two years later, the actor appeared in the film "The Bounty" by Roger Donaldson ("The World's Fastest Indian", "Robbery on Baker Street", "The Bank Job"). The film is a screen version of the novel by Richard Hugh "Captain Bligh and Mr. Christian" and it tells about the mutiny on the boat "Bounty". Such actors as Mel Gibson, Anthony Hopkins, Laurence Olivier, Liam Neeson and Bernard Hill starred in the film.

However, Day-Lewis became famous after the films “A Room with a View” by James Ivory (“Howards End”, "Surviving Picasso", "The Remains Of The Day") and "My Beautiful Laundrette" by Stephen Frears ("The Queen ","Philomena ","Dangerous Liaisons "). Both films were released a year after "Bounty" and got positive reviews from the audience and critics. Daniel was even called the best rookie of the year.

After the release of the films "A Room with the View" and "My Beautiful Laundrette", the director Philip Kaufman ("Invasion of The Body Snatchers", "Quills", "The Great Northfield Minnesota Raid") became interested in the actor. Kaufman invited Day-Lewis to his next project - the screen version of the novel by the Czech-French writer Milan Kundera "The Unbearable Lightness of Being." Daniel agreed. The film was released in 1988.

In 1989, Daniel Day-Lewis starred in the film "My Left Foot" by Jim Sheridan ("Get Rich or Die Tryin'", "Dream House ", "The Secret Scripture "). The film tells the story of the Irish artist and writer Christy Brown. For participation in this film, the actor received the BAFTA award and his first Oscar. The film "The Dazzling Smile of New Jersey" by Carlos Sorín was released in the same year but was less successful.

Three years later, Daniel starred in the screen version of James Fenimore Cooper’s novel “The Last of the Mohicans” by Michael Mann (“Manhunter”, “The Insider”, “The Grey”, “Public Enemies”). The actor gained muscle mass and was in excellent physical form. In the film, he looked very impressive (with a height of 1.87 m, and weight 97 kg). For this role, the actor also got the BAFTA award.

In 1993, he starred in the adaptation of Edith Wharton's novel “The Age of Innocence” by Martin Scorsese ("Taxi Driver", "Goodfellas", "Shutter Island"). In this film, Day-Lewis starred along with Michelle Pfeiffer and Winona Ryder. In the same year, Jim Sheridan's film "In the Name of the Father" was released, telling the story of the Guildford Four. To participate in this film, Daniel lost about 13 kilograms.

In 1996, Day-Lewis starred in the "The Crucible" by Nicholas Hytner ("The History Boys", "The Madness of King George", "One Man, Two Guvnors"). The film is a screen version of the play of Arthur Miller, the future father-in-law of Daniel, and told about The Salem witch trials. In the "The Crucible", the actor again had a chance to play with Winona Ryder.

A year later, the next joint work of Day-Lewis and Sheridan – the film "The Boxer", in which Emily Watson, Brian Cox, Kenneth Cranham and Gerard McSorley also appeared. After this film, the actor decided to leave the movie, preferring carpentry, and then shoe business. For a while, Daniel even worked as a shoemaker in Italy.

For the director Martin Scorsese, actor Leonardo DiCaprio and producer Harvey Weinstein it was not easy to persuade Day-Lewis to star in the "Gangs of New York", a screen version of the documentary book by Herbert Asbury. The film was released in 2002. For his participation in “The Gangs of New York”, Daniel Day-Lewis got BAFTA and the Screen Actors Guild of the United States.

In 2005, the movie "The Ballad of Jack and Rose" by Rebecca Miller, the actor's wife, was released. Daniel played the main role in it. Two years later, the actor starred in the film "There Will Be Blood" by Paul Thomas Anderson ("Boogie Nights", "Punch-Drunk Love", "Inherent Vice"). It’s an adaptation of the book by Upton Sinclair. For the role of oilman Daniel Plainview, on February 24, 2008, Day-Lewis received his second Oscar.

In 2012, Daniel again appeared on the screen. He starred in the biopic about the sixteenth US president "Lincoln". The film was directed by Steven Spielberg ("Close Encounters of the Third Kind", "Jurassic Park", "Catch Me If You Can"). Like most of the previous works of Day-Lewis, this film was a film adaptation of the book by Doris Kearns Goodwin "Team of rivals."

For the main role in "Lincoln", Daniel Day-Lewis received his third "Oskar" for the main male role, which was an unprecedented event in the world of cinema. Also in 2013, the actor got into the world's 100 most influential people according to the Times magazine.

It is known that Daniel Day-Lewis is a supporter of the Stanislavski's system. Perhaps this is the explanation for the numerous awards of the actor - Golden Globe, Saturn, Imperium, Satellite, David di Donatello, MTV Movie Awards and others.

From the late eighties until 1996, Daniel had relations with the actress Isabelle Adjani ("L'Ete meurtrier", "La Reine Margot", "La journee de la jupe"). After the couple broke up, Adjani gave birth to the actor's son, who was named Gabriel-Kane Day-Lewis. The couple didn’t get married.

Daniel married later - after starring in "The Crucible." While working on this film, the actor met young Rebecca Miller ("Consenting Adults", "Mrs. Parker and the Vicious Circle", "Cucumber") - the daughter of Arthur Miller. The film by Nicholas Hytner based on his work.

In 1998, their first son Ronan Cal Day-Lewis was born. And four years later, their second son Cashel Blake Day Lewis was born. Currently, Daniel, Rebecca and their children live in Ireland and in the United States.

Day-Lewis prefers an isolated way of life. The actor rarely appears in public and gives interviews. A lot of facts about Daniel's biography remain a secret (although sometimes there are photos, which reveal the details of his life).

On December 25, 2017, the second joint work of Daniel Day-Lewis and Paul Thomas Anderson "Ghost thread" will be released. The film tells about the inner life of the London fashion industry of the mid-twentieth century.