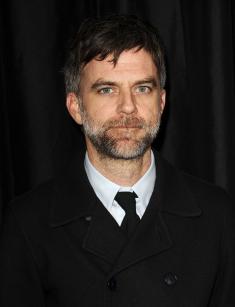 Not often do the movie critics pamper film directors with such flattering statements, as "one of the most attractive and eminent talents in cinematography for the last time", "one of the greatest talents of the present days" or even "one of the most dynamic directors, who came forward in the last 20 years", - young Paul Anderson really deserved it all. His pictures are met with admiration and excitement by the audience and earn record box-offices.

Paul Thomas Anderson was born in California, USA (Studio-City) on the 26 of March, 1970. His father Ernest was a Dj and a late-night horror movie host known as "Ghoulardi". Later, Paul named his production company after this channel. There were nine children in the family of Ernest and Edwina Anderson. Paul became the 6th child in their family. Paul had troubled relations with his mother Edwina and his father Ernest, on the contrary, encouraged his son to become a director or writer.

Paul didn’t study at school regularly: he changed a great number of schools, he studied at New York Academy and the University of NY. Though he didn't receive the complete education. He made his cinematographic debut in 1978. And when he turned 12, he got his first private movie camera for his birthday.

Studying at high school (in 18), the young man was writing scripts for the movies and at the same time he was helping out at a pet shop. Here he had to clean the animals' cages to earn money for the shooting of the first long movie.

The movie was a mockumentary (documentary with elements of mock and fiction) and had the title "The Dirk Diggler Story". This movie is dedicated to a pornography star’s biography, The story was inspired by the real existed John Holmes – a pornography actor from 70-80-s. Later he was an inspiration for the shooting of one more picture - "Boogie Nights".

Without receiving education, Anderson got the post of the production assistant on television films, music videos and TV-shows in New York and Los Angeles. When he was leaving his native town, his father Ernest gave him 10 thousand dollars for education. Though, having attended classes at New York University for two days only he decided to spend this money for the production of the next movie. In such a way in 1992 his short movie "Cigarettes & Coffee" came on the screen. The movie was presented to the audience in 1993 at Sundance Film Festival, where it was recognized by critics and spectators.

Following his success, three years later in 1996, Paul directed a full-length feature "Hard Eight" (working title "Sidney"), which was presented at Cannes Film Festival. In October 1997 the picture about the pornography actor was released again under the title "Boogie Nights". Movie critics highly appreciated the director’s talent but it had no success among the audience. Though, the actors of the leading roles joined the rank of highly-paid Hollywood actors.

In 1999 the movie "Magnolia" was released, which one is considered to be the most resulting movie according to the words of Paul. This picture tells the story of the suicide of the fictitious character Ronald Opus and his relations with the inhabitants of the director's native town. The movie received Gran-Prix at Berlin Film Festival. Moreover, Tom Cruise awarded the Golden Globe for Best Supporting Actor, and the movie itself was nominated for Academic Awards for Best Original Screenplay.

In 2002 a romantic comedy "Punch-Drunk Love" with Adam Sandler in the leading role was released. Paul was awarded for Best Director at Cannes Film Festival.

From 2003 till 2007 three movies directed by Anderson came on the screen, but the most popular movie was filmed in 2007. The movie was released under the title "Oil" (the working title taken from the Bible -"There Will Be Blood") and earned a record box office of 76 million dollars. In September 2012 a new movie "The Master" was premiered at Venice Film Festival, where Paul awarded Silver Lion for Best Director.

In 2014 Anderson presented a screen-adaptation of the book of Thomas Pynchon "Inherent Vice". The daughter of American billionaire Megan Ellison financed this picture.

The press compared Paul Anderson to Quentin Tarantino, director’s best friend. Tarantino also didn’t receive any specified education, but this didn’t prevent him from becoming one of the best directors of the modern times.

Anderson possesses his special directing style, which is expressed in particular visual style, retardation, and extended narration. The scene usually takes place in the suburbs of the director’s native town and his characters represent all the possible human vices.

Paul’s wife Maya Rudolph is a TV host at musical humoristic programme "Saturday Night Live" at one of the American TV channels. Maya is also an actress and a singer but she never appeared in her husband's movies. A couple of celebrities brings up four children – three daughters and a son.

Before getting married Paul had a romantic relationship with American singer Fiona Apple. He filmed some music videos for here.

In his free time, Anderson plays baseball. Traditionally he has his hair cut short and it can be noticed in every photo. This is a special tradition: Paul shaves his head before every premiere.

Except for his work on the movies, the director continues to shoot music videos. So, in 2016 he worked with the rock-band "Radiohead" and shot a music video for their song "Daydreaming".

On the 25th of December 2017, his world premiere of "Phantom Thread" was expected to come on the screen. The movie tells a story of a talented couturier who works for the British Royal Family.

The main role was performed by Sr. Daniel Michael Blake Day-Lewis, seen by the audience in the movies "My Left Foot" and "Lincoln". Anderson is not only a director but also a scriptwriter, producer, actor and even cameraman. In 2015 he played a role in the series "Documentary Now!" which is a parody for serious modern documentaries. 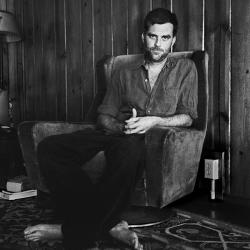