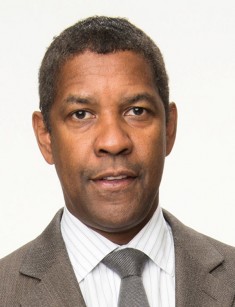 Denzel Washington was born in New-York in a small town Mount Vernon. His father Denzel Hayes Sr. was a priest. His mother Lennis Lowe owned a beauty parlor, where she worked as an administrator. Except for Denzel, there were two more children in their family.

The boy attended Pennington-Grimes Elementary School and when he turned 11, he started to help his mother at her salon and carried out some little tasks. But his father, who wanted his son to follow in his footsteps and didn’t like that his mother was bringing their son to money. That’s why he often quarreled with his wife.

Denzel was 14 years old when his parents divorced. He finished his studies at a private preparatory school, Oakland Military Academy.

After school, the young man entered the Fordham University in New York. At first, he was studying Medicine and Biology but later he transferred to Journalism faculty.

At that time he took a fancy for theater and tried himself in performances. After graduating from the university, Denzel decided to continue his education at the American Conservatory Theater in San Francisco, because he got a grant for free education, but here he studied for a year only. At the same time, he was invited to play his first role in the movie. Denzel Washingon decided, that he spent enough time for studies and dropped out of the Conservatory Theater.

Washington had his debut in the movie at the age of 23, he played the role of 18-year Robert Eldridge in the sportive drama "Wilma". Then he performed a secondary part in the drama "Flesh & Blood", later he took a more significant role in the comedy "Carbon Copy". At the very time, he accepted an invitation of NBC channel and during next 6 years he was filming in the medical drama "St. Elsewhere". This role made him popular.

At that time Denzel Washington didn’t forget about the big screen, that’s why meanwhile he was filming in such movies as a detective "A Soldier’s Story", drama "Power", action movie " For Queen and Country" and a biography "Cry Freedom".

For his work in the latter movie, he was nominated for Academic Awards in 1988 for Best Actor in Leading Role. That time he didn’t get Oscar statuette but in 1990 he was recognized by Academic Awards for his role of the soldier Trip in the historical war drama "Glory".

Following such success, Denzel filmed in the movies of the famous director Spike Lee - "Mo' Better Blues" in 1990 and in "Malcolm X" in 1993. Due to his roles in these films, he was again nominated for Academic Awards and Golden Globe for Best Actor in Leading Role. Later actor cooperated with Spike Lee for a couple of times.

Since 1996 Washington played main parts in a series of movies. At present moment, leading roles amount to half of all his roles.

In 1988 drama "He Got Game" came on the screen, in which Milla Jovovich appeared as his partner. The same year actor took the major part in the mystic thriller "Fallen" about the police-officer who understood that the maniac turned out to be a fallen angel Azazel.

In 1999 Denzel Washington played the main part in the crime drama "The Bone Collector", based on the cycle of detective novels written by Jeffrey Diver. Washington performed the character of a paralyzed detective Lincoln Rhyme – the main hero of the book. Angelina Jolie was his partner in this movie.

In 90-s there were other movies featuring Washington coming on the screen. It’s worth noticing the legal drama "Philadelphia", which took the 20th place at "100 Years…100 Cheers: America's Most Inspiring Movies" rate.

For the movie "Hurricane" Washington awarded the Golden Globe for Best Actor and was nominated for Academic Awards and Screen Actors Guild Award.

In a year actor receives the second Oscar for his role of detective Alonzo Harris in a criminal action movie "Training Day". It’s noteworthy that this was the first role of Washington as a negative character.

In 2006 actor appeared in the thriller "Inside Man", in which he worked with Jodie Foster.

In new millennium Washington appeared in a great number of successful movies, among them a famous action movie "Man on Fire", a criminal thriller "The Manchurian Candidate", a biographical drama "The Great Debaters" – Golden Globe Award, a popular action movie "The Taking of Pelham 123", a disaster movie "Unstoppable", a drama "Flight" by Robert Zemeckis.

In 2014 the criminal action movie "The Equalizer" featuring Denzel Washington was released.

On the movie set of his first movie "Wilma" in 1977, Denzel Washington met actress Pauletta Pearson. Young couple dated during 5 years and in 1982 they underwent through the church wedding ceremony. The couple has four children. First, their son John David was born, then their daughter Kate and later Pauletta gave birth to the twins Malcolm and Olivia.

Brought up in the family of the priest, Denzel always was a very religious person. He regularly visits Protestant Church of God in Christ, reads the Bible every day and still considers the possibility of becoming a preacher. In 1995 actor donated $2,5 million for construction of the church in Los Angeles.

In September 2016 a western movie "The Magnificent Seven" was premiered. Denzel Washington played the character of Sam Chisolm, a cowboy of brave seven men, who defend the inhabitants of the town from the bandits. This plot has a long story. The movie of 2016 was a remake of the film "The Magnificent Seven" directed by John Sturges in 1960, which in its turn was an adaptation of "Seven Samurai" of 1954 directed by famous Japanese director Akira Kurosawa.

In 2016 drama "Fences" was released on the big screen. Denzel Washington played the role of the main character Troy Maxon, an African-American from the working class, who tries to make a good living for his family during a difficult period of 50-s of the 20th century. The American Film Institute included this movie to the Best Movies of 2016. Movie "Fences" was two times nominated for the Golden Globe and four times for Academic Awards.

The movie was based on the same-name play of the Pulitzer Prizer of 1987 – Wilson. Previous attempts of shooting a film on the basis of this play failed, as writer insisted that movie director must be African-American. Denzel Washington, who already had acted the main part in this play on Broadway in 2010 decided to support "Fences" and to take the main part in it, This way he promoted this movie to the big screen.

In January 2017 the movie was stolen and a digital copy of the film appeared on the web during its premiere in America and before its premiere in Russia, which was planned for the beginning of February. 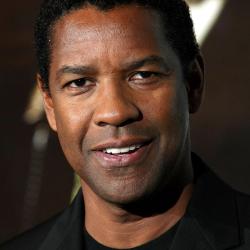