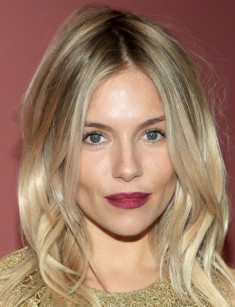 Sienna Miller is a popular American actress. She was awarded such important prizes of the cinema world as "Golden Globe" and "BAFTA". Miller became famous for her roles in different television and film projects. She also had relations with famous Hollywood stars. She is a goodwill ambassador and is involved in supporting social projects in Congo. The actress is an activist of a number of charity organizations.

Miller was born in 1981 in the USA. The girl's father left the family, so the young Sienna and her mother moved to the UK. Here the girl got a good education in a private school. Sienna began her career as a model. She had all the components of success in this difficult business - suitable age, height and weight, model appearance, beautiful face.

Photo-shoots with Sienna attract the attention of agents of major brands. Sienna gets participates in advertising companies of the largest fashion houses, producers of sweet carbonated drinks and sportswear. The girl used the surname of her mother - Miller.

Photos of Sienna appear in magazines all over the world. However, Sienna understood that she wanted something more. She dreamed about acting career. Therefore, Miller moved to New York to learn acting skills. Here she got the main roles in theatre plates, then tried herself in movies and television projects. Sienna began with episodic roles, and then she made a breakthrough and became the main character in several films.

In total, by 2017, Sienna Miller starred in more than 35 different films and TV projects. Most of them were very successful at the box office. She starred along with the best Hollywood actors, and almost all of her film partners are on the lists of "The Most Enviable Bachelors of the World" and "The Sexiest Actors of the World" - Bradley Cooper, Hayden Christensen, Daniel Craig, Brad Pitt, Heath Ledger, Ben Affleck. It is not surprising that their working relations, according to the press, quickly turned into a "romantic" status.

The most famous films of Sienna Miller are the films "The Edge of Love" (in which she starred along with Keira Knightley), "Casanova", "Factory Girl", "The Girl". Miller also appeared in unsuccessful projects in the film "G.I. Joe: The Rise of Cobra", where she played not well, for which she received a wave of criticism.

Sienna Miller not only follows the trends but also creates her own. In 2009, she created her fashion line of denim clothing with a major brand Pepe Jeans. It was her first experience as a designer and it was successful.

Many beauty bloggers follow her style. Her haircut (a short bob and its various interpretations) inspires many stylists of the world. Sienna shows that there so many different types of short hairstyles.

The actress for a long time formed her own unique style despite criticism of designers and the public. But now the actress can combine different clothes and easily transforms from the Hollywood beauty into a rock star. She is not afraid to appear in public without makeup.

She often changes the hair color for the sake of roles in movies and TV shows but in everyday life, she always tries to return to her usual blond. The woman is very popular among young girls all over the world.

Scandals with the press

Sienna Miller has a long-standing feud with the media. In addition to the constant persecution of photographers and public discussion of the details of her personal life, the media was punished by the court for unlawful acts against the actress. The most famous case was when one American publication hacked the phone of the actress and illegally followed her private life.

The actress regularly supports the tightening of the rules of press actions against celebrities. Perhaps, the actress wanted to hide a part of her life from the media, so Sienna doesn’t have Instagram.

There are many rumors about the actress’s relations with her colleague in the film "Alfie”. Sienna’s long scandalous relationship with Jude Law was full of drama.

The couple began dating after Jude Law broke up with his first wife and left the family and children because of Sienna. Then it turned out that Jude for a long time had relations with the nanny of his children. Miller broke up with the man and began dating the musician. As a result, the actress left her boyfriend and again began relations with Jude. Their relationship lasted for several years and again ended in a painful break-up.

Sienna was happily married and has children. Her husband was the charismatic actor Tom Sturridge. But the couple broke up in 2015.

Since then, there were no rumors about new relations of the actress. At first, the girl was caught flirting with the producer of her latest film, Brad Pitt. Then the press told she has relations with another director Bennett Miller.

Sienna continues to work and create, ignoring the unconfirmed rumors. 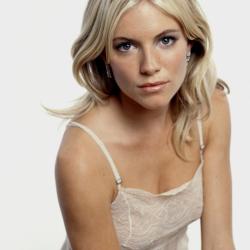