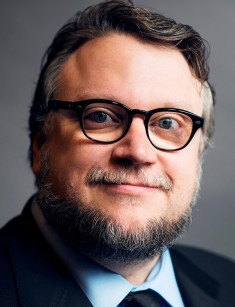 Guillermo del Toro is an iconic Mexican director, scriptwriter, producer, and writer. Del Toro’s works are notable for the masterfully selected visual composition, high-quality oppressive atmosphere, non-conventional plots, and meaning which made the director the genius of mystics.

Guillermo was born on October 9, 1964, in the Mexican city Guadalajara. The boy’s grandmother, a strong Catholic, brought up her grandson strictly to cultivate the true Christian values in him. She insisted the young Guillermo del Toro go to the boys’ Catholic school.

However, since childhood, the future director was fond of the supernatural and mystics. The works by James Whale, George A. Romero, and Alfred Hitchcock made a significant influence on del Toro. His favorite childhood movies were “Night of the Living Dead,” “Black Sunday,” and other fantastic thrillers and horror movies. Since childhood, the director dreamed of making fantastic movies. Guillermo del Toro created his first video at 8.

The scriptwriter studied at the University of Guadalajara, the second oldest university in Mexico, founded in 1792. Together with that, Guillermo del Toro learned how to create makeup and visual effects – it was Dick Smith, the famous make-up artist who created the images of the characters in “The Exorcist,” “Hunger,” “Little Big Man,” and many others, who taught the young man.

Having finished the university, Guillermo del Torro worked as a make-up artist for 10 years and even established his own visual effects studio “Necrotopia.” The effects created in this studio can be seen in the series “Tales from the Crypt.” Guillermo del Toro produced his first movie – “Doña Herlinda y su Hijo” (“Dona Herlinda and Her Son”) in 1986. At that time, he also directed Mexican TV shows and created short-length movies. The latter were not much popular among viewers.

In 1993, del Toro created his first full-length movie based on his own scenario – “Cronos.” As the story runs, the antique shop owner finds the mechanism that can provide eternal life. However, it works only if a person drinks human blood. The further events are terrifying – Guillermo del Toro is called the king of horrors for a good reason.

Critics appreciated the young director’s work. The movie was nominated on the main award of the Moscow International Film Festival; it also received the award from Mercedes-Benz during the Cannes Film Festival and Saturn – the American award presented by Academy of Science Fiction, Fantasy & Horror Films.

Guillermo del Toro emigrated to the USA in 1997. In Hollywood, he created his next work – the horror movie “Mimic” that told the story of the mutant insects’ invasion in New York. The director acquired some useful experience of work in Hollywood studios, but he did not like working out of his homeland. The movie was not as successful as “Cronos,” yet it won 3 American awards, and there are 2 sequels of the movie.

The director returned to Mexico and founded his own producing center “Tequila Gang.” He created some of his next movies there. In 2001, Guillermo del Toro directed the movie “The Devil's Backbone” whose producers were Pedro and Agustín Almodóvar. The movie was created as the first part of the future trilogy: the movies “Pan's Labyrinth” and “1993” were to be included in it. The premiere of the latter movie was planned in 2009, but it was never realized.

2004 was marked by the release of the director’s movie “Hellboy” – the action thriller pertaining to the events of the Second World War. However, Guillermo del Toro received the real glory only in 2006 as his movie “Pan’s Labirynth” was out. Del Toro himself wrote the scenario. The movie continues the theme of civil war in Spain that he began in “The Devil’s Backbone.” In this movie, 10-year-old Ophelia looks for the salvation from the bloody war reality and submerges into the world of terrible fantasies she has created in her head.

“Pan's Labyrinth” got 3 Oscar awards: Best Cinematography, Best Production Design, and Best Makeup and Hairstyling. It was also nominated for Best Original Screenplay and Best Foreign Language Film Awards. Besides, the movie got BAFTA, Goya, and Saturn awards and was nominated for the Palme d'Or at the Cannes Film Festival.

In 2009, Guillermo worked on the first in his career literary work – the novel “The Strain.” Initially, it was created as a series scenario but del Toro failed to find sponsors for this new project. The director’s agent insisted the scenario be turned into a book. Del Toro realized that he had no writing experience and offered Chuck Hogan, the American novelist known for his book “Prince of Thieves,” to collaborate. “The Strain” has two sequels, “The Fall” (2010) and “The Night Eternal” (2011).

Guillermo’s plans were finally launched in 2014. The TV Channel FX released the series “The Strain” based on del Toro’s novel. He also directed the project. Four seasons of the series have been out.

In 2016, the director was involved in cartoon creation again. The cartoon series “Trollhunters” was released for the American company Netflix. Critics loved “Trollhunters.” On the movie review website Rotten Tomatoes, it got 93% of “freshness.” The tragedy is connected with this work: voicing the main character was the last work by Anton Yelchin who died in an accident. Anton did not voice all replicas of his character. Del Toro refused to revoice them in memory of the actor.

In 1986, the director married Lorenza Newton whom he had met as a student. Since then, his relationship status remains unchanged. Del Toro has two children – Mariana and Marisa.

The widespread opinion that the American movie actor Benicio del Toro and Guillermo are relatives is false. Benicio is Puerto-Rican, and Guillermo is Mexican – they cannot be brothers. Looking at their photos, one can see that the actor and the director bear no family resemblance.

An interesting fact from the director’s biography: in 1998, del Toro’s father was kidnapped in Mexico. Guillermo and his brother paid a significant ransom to free their father. James Cameron who had the experience in such negotiations helped them organize everything.

In 2017, the movie “The Shape of Water” was out. Del Toro was the director, producer, and scriptwriter. In 2018 he received an Oscar.

In 2018, the premiere of “Pacific Rim Uprising,” the sequel to the first part created by Guillermo in 2013, is scheduled. 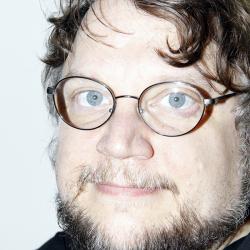