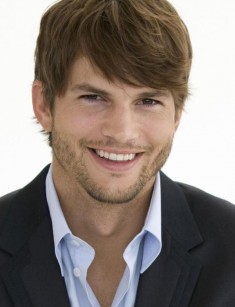 Ashton Kutcher is a Hollywood actor, a TV host, and a producer. Ashton Kutcher was born in the family of the employee of the General Mills factory - Larry Kutcher and his spouse Diane, who has Irish roots. He has a twin brother called Michael and a sister Tausha. The family of Kutcher professed Catholicism and adhered to conservative views. When the future actor turned 16 years old, the marriage of his parents had broken up.

The boy was oppressed by the disease of his brother who had undergone the operation on heart transplantation in his early childhood. Years later the actor confessed that in his childhood he was afraid to go home, as he had fear to learn bad news about the deterioration in the state of Mike’s health, therefore Ashton tried to occupy himself with something if only to get off the constant mind of the brother.

At school, Ashton Kutcher participated in school performances. In the graduation class, he tried to rob the school, but he was caught and was sentenced to 3 years of suspended imprisonment. This event influenced the teenager who was leaving a life of debauchery and returned him to real life. As a result of the problems with the law Kutcher was condemned by his environment and lost the university grant and his girlfriend left him.

In 1996 Kutcher entered University of Iowa and began to earn additionally at the plant of his father. But the young man didn't manage to become an engineer-biochemist. Ashton was suggested to try himself as a participating model in the contest "Fresh Faces of Iowa". Ashton Kutcher is 189 cm high and the actor weighs 84 kilos. Having won the first place in the contest, the future actor left the university and set off to conquer New York on the audition of talents of "IMTA".

In the beginning, Ashton had been working for the well-known brands - Calvin Klein, Versace, and others. Kutcher's photos were on the glossy covers of fashion magazines. And though Ashton could surely call his model career successful, he had a big dream – he wanted to take part in the movie. And as you can guess, the young man hadn’t left his dream.

Ashton Kutcher visited his hometown once again before moving to Los Angeles to become an actor.

Ashton began his cinematic biography in 1998. Ashton Kutcher debuted in the series under the title "That '70s Show". As it became clear, he was born with a comedy talent, and thanks to this (and also due to the assistance of one of the creators of the series) Kutcher began to host his own TV show.

This continued till 2000 when Ashton received a leading role in the movie "Dude, Where's My Car?", and this role became the real breakthrough in his acting career. The most cherished dream of Ashton Kutcher began to come true, but it was just the beginning as during long time the actor was considered to be an absolutely unserious comedian. Only the role in the movie "The Butterfly Effect" helped Kutcher to convince the critics that he could be entrusted with responsible and serious roles in the movies.

Together with game roles, the actor began to receive offers to voice the characters of the animated series. In 2006 Ashton Kutcher voiced the deer Elliot in the animated movie "Open Season".

Ashton Kutcher played the role in the movie "What Happens in Vegas" which came out in 2008 together with the beautiful actress Cameron Diaz. Actors played the roles of the young people who woke up after the rough night in Vegas. The man and the woman, who didn’t know each other till yesterday, together remembered that they had won a big prize in the casino and had got married. Being sober the heroes try to get off from each other and to take all the money everyone to himself.

The same year the actor played the leading role in the melodrama "Spread". Kutcher's character is a young cynical gigolo Nikki who isn't interested in anything else except money, until once he meets his true love.

In 2010 the actor appeared in the comedy melodrama "Valentine's Day". The movie shows a number of independent subject lines which main heroes at the same time become secondary characters in others plots. The action of the movie happens within one day – on the 14th of February and it is connected by the straight-through plot about the employees of the radio station who prepare some special broadcast for this holiday.

Also in 2010 Kutcher performed the role of the former killer Spencer in the comedy fighter "Killers". The character of the actor had met the girl of his dreams, had left the criminal business and had settled down. The happy life of the young family came to an end when there was announced an award for Spencer’s murder. Now the hero needs to calculate which of his benevolent neighbors is a disguised murderer.

In 2013 Ashton Kutcher acted in the leading role in the sensational biopic "Jobs". The picture traces how from the revolting hippie Steve Jobs turned into the cult businessman. The movie shows the life of the famous American businessman Steve Jobs from 1974 to 2001, during his studies at the college and the period of his development and presentation of the first iPod.

All these movies brought Ashton a great number of fans and admirers all over the world. Except for the shootings in the movies, Kutcher also hosted the show "Punk'd" on MTV channel, in which he tricked (sometimes very rigidly and cruelly), his friends – actors, models and other famous persons.

Brittany Murphy was the first girlfriend whom Kutcher presented to the press, but these relations hadn't been long and serious.

In 2003 at one of the secular parties Ashton met the famous actress Demi Moore who was 15 years older than him at the moment. Demi Moore noticed the charming young man and invited him to go sailing on her yacht. In two years the couple officially registered their relations.

The wedding was unusual – it was held in the cabalistic center, there were 150 guests at the ceremony. Moore also invited her ex-husband – Bruce Willis.

In 2011 there were rumors that the family life of Kutcher had cracked, and on the 17th of November the same year the couple decided to leave. Demi Moore who already had changed her surname for Kutcher filed the documents for the divorce because of the constant unfaithfulness of Ashton. Ashton Kutcher and Demi Moore had no children, but the actor treated all three daughters of Demi from Bruce Willis kindly – Rumer, Scout, and Tallulah.

In 2012 Ashton Kutcher began to meet with Mila Kunis, the actress of the Ukrainian origin with whom he had been acquainted since childhood. The actor and actress met each other on the shooting stage of "That '70s Show" to which Mila Kunis had got almost illegally – one of the conditions of the participation in the shootings was the age of more than eighteen years. At the time of the shootings, talented Mila was three years less.

On the 1st of October, 2014 the daughter Wyatt Isabelle was born at the couple.

On the 4th of July, 2015 the lovers officially became the husband and the wife. The wedding was celebrated quietly, Ashton and Mila invited only their close friends and relatives to the private ranch in California. Soon it became known that little Wyatt Isabelle would have a little brother.

Demi Moore has warmly treated the news about the replenishment in the family of her ex-husband and sent a gift for the future child – a silver rattle from Tiffany&Co brand. However, the gift was quickly returned back – Mila Kunis wasn't glad to such attention from the ex-wife of her husband. Ashton Kutcher didn't attach lots of importance to this present but decided to give this rattle back not to bother in vain Mila who was pregnant.

On the 30th of November, 2016 Ashton and Mila’s son was born. They called their son by the Slavic name - Dimitri. On his personal website, "A Plus K" Ashton himself told about it: "Dimitri Portwood Kutcher was born at 1:21 on the 30th of November with the weight of 3,6 kilos". For the fans of Ashton Kutcher, the choice of the Russian name was a surprise. However, if Ashton had learned the Russian language to communicate with his wife's relatives, there is nothing surprising in it.

Kutcher with pleasure tells the journalists about his children. At the TV show of "On Air With Ryan Seacrest" the actor has told that his elder daughter adores his brother and isn't jealous of him towards their parents.

Ashton Kutcher is fond of football, most of all he likes the following teams – Iowa Hawkeyes, Chicago Bears, and Chelsea.

In 2008 Ashton was suggested to play football seriously and to become the assistant coach of the football team Harvard-Westlake (Los Angeles), but his desire to take part in the movies was stronger, and the actor had chosen the shootings in the movie "Spread".

Ashton Kutcher is a co-owner of the Italian restaurant "Dolche" together with Danny Masterson ("Daddy’s Band" ) and Wilmer Valderrama. Also, the actor possesses two restaurants in the Japanese style - "Geisha House" in Los Angeles and in Atlanta.

In 2016 Ashton Kutcher, James Corden, and Danny Masterson created the new boys band of "Daddy’s Band" which has the attractive guys having children as a part of it.

The nickname of "@aplusk" which means Ashton plus Kutcher is known to the modern fans of Ashton Kutcher's talent on the social networks long ago. Under this nickname, the actor gained his first million of subscribers on Twitter. Now he has five million followers more.

The actor also has his account on Instagram under the same nickname. Ashton Kutcher has 2,3 million followers on Instagram. In the header of the account, there is a blue tick – a mark about the verification of his page. On the page of the actor there are almost no professional photos from the secular events, the actor posts selfies, and short video messages and also likes to share with admirers his photos of amusing objects – cans of soda with names, inscriptions, signs with philosophical sayings.

In 2016 the actor played the leading role in the comedy series "The Ranch". As well as follows from the title, the plot turns around the ranch in Colorado. The main character comes back home and together with his brother begins to work in the family business.

At the beginning of 2017, his admirers have again remembered the movie "No Strings Attached" in which Ashton Kutcher had played in 2011. Natalie Portman who had played the leading female role told that the actor had received the fee three times higher, than she. At the same time, the roles of Portman and Kutcher were equivalent according to the screen time and importance for the plot, and both actors were equally popular and demanded. According to the actress, it is the usual practice of Hollywood.

Ashton Kutcher positively reacted to the criticism. The words of the colleague didn’t touch the actor. On the contrary, Ashton found the interview of Portman inspiring and also urged other actresses to fight for the equal fees.

In 2017 the new movie with Ashton Kutcher based on the novel "The Long Home" written by William Gay was released. The actor played the role of the father of the main character and appeared in the movie flashbacks as at the time of the main action of the movie Kutcher's character was killed like ten years ago. The plot tells about the contractor Nathan who gets a job at the bootlegger, without knowing that he had killed his father ten years before. 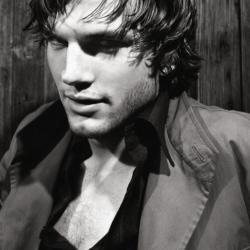