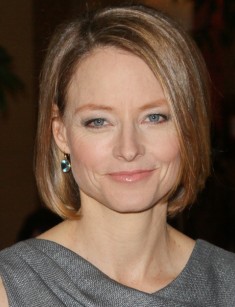 Alicia Christian Foster, who is more famous as Jodie Foster, seems to have been born a Hollywood star. The girl was the fourth child in the family of Lucius Foster and Evelyn Ella Almond born in November 1962 in Los Angeles. The father, the Air Force lieutenant colonel in retirement, came from a wealthy family and worked as a real estate broker. However, Jodie grew up without him: he split up with his wife before Jodie’s birth. Evelyn worked a Hollywood media relations agent and had to bring up Jodie, her two sisters Cindy and Connie, and the brother Buddy on her own.

The youngest daughter turned out to be a real gift. At the age of 2, the little girl appeared in advertisements; at 7, her movie career began with the debuting role in the series “The Partridge Family.” In the 1970s, Foster starred in several projects created by Walt Disney studio. Thanks to the star kid, the family had everything to live a prosperous life. The mother became the daughter’s agent and accepted almost all offers.

Wonderful as it is, Jodie Foster’s business did not prevent her from excelling at the prestigious Los Angeles school with intensive studies of the French language. However, the relations with peers were complicated: they did not like her because of her star status and intelligence.

In 1980, Foster finished the school with honors. She spoke perfect French and understood German, Spanish, and Italian. As the best graduate student, she was entrusted to deliver a farewell speech at the prom.

Jodie Foster received her first significant role at primary school. In 1972, the 10-year-old actress played in the family movie “Napoleon and Samantha” where Michael Douglas was her stage partner. In this movie, Foster’s character kept a lion as a pet in her house. During filming, the animal attacked Jodie; several scars on the actress’s body remained as the horrifying reminder of that.

Movie directors queued for the talented little actress – it was an easy task for them to obtain the mother’s agreement on the girl’s participation. Thus, Foster took part in “Kung Fu,” “My Sister Hank,” “Kansas City Bomber,” “The Addams Family,” “Paper Moon,” “Rookie of the Year,” and “Bob & Carol & Ted & Alice.” New movies with the young actress were being released each year. Not all of them were masterpieces and brought Foster something except for money.

Martin Scorsese’s movies were the exception. IN 1974, the well-known director invited Jodie in his movie “Alice Doesn't Live Here Anymore” and involved her in “Bugsy Malone” two years later. However, it was the movie “Taxi Driver” that overwhelmed 14-year-old Jodie with the real fame. In this project, she played a young prostitute, naïve and cynic at the same time. This role turned the teenage actress into the real Hollywood star but became nearly fatal.

As Jodie Foster finished school, she entered Yale University and had several gap years in her career. She was studying well and should have graduated in 1984. However, a mentally ill person John Hinckley who had watched “Taxi Driver” 15 times was obsessed with young Jodie and decided to gain her favor by all means.

For this reason, Hinckley entered the same university and chose the creative writing course. He harassed her with phone calls and avalanched her with love letters. In March 1981, after Hinckley watched “Taxi Driver” one more time, he tried to assassinate Ronald Reagan. The criminal was convinced that the murder would help him obtain the actress’s love.

Foster got the bachelor’s degree in Literature and diploma with honors in 1985. 12 years later, Yale University made Jodie Ph.D. The Hollywood’s star IQ is 132.

The talented actress was showered with new offers after the provoking role in “Taxi Driver.” However, she began to take her career seriously and put her mother in the background. Foster accepted only the roles she considered worthy. To get rid of the line of character she had after “Taxi Driver,” she starred in the movies “Siesta,” “Five Corners,” and “Stealing Home.” Jodie managed to change the situation. In 1989, she starred in the drama “The Accused” where she had to wrest the leading part. It was the right decision: the movie brought the actress her first Academy Award.

The iconic movie “The Silence of the Lambs” resulted in the second Academy Award. Judie Foster’s movie career reached the top that only Hilary Swank managed to achieve in the course of time: the star won 2 Academy Awards before 30.

In 1995, Foster’s work in the movie “Nell” was nominated for this award again, but Jessica Lange with the movie “Blue Sky” was in advance.

The actress’s fans mark the movies “Sommersby” with Richard Gere, “Maverick” with Mel Gibson, and “Contact” by Robert Zemeckis among her best works.

Jodie Foster is known as an enthusiast of her work. Each time, she not only plays but gets deep into her characters so that she needs to take her time to return to the reality. The star is known as the actress capable of performing various types of characters: she has personified both comic and dramatic figures. In the 2000s thriller “Flightplan,” she transformed into a man – the aviation engineer Kyle.

The thrillers “Panic Room,” “Inside Man,” and the drama “The Brave One” brought Jodie Foster more popularity. In 2008, the audience warmly welcomed the comedy “Nim’s Island” where their favorite actress took the leading part.

Foster is not only a talented actress but also a wonderful director. Her directing debut was the movie “Little Man Tate” that Jodie created at 29. Later, the company PolyGram Filmed Entertainment provided the director with $100 million to open her own studio where Foster worked on her projects “Home for the Holidays,” “The Beaver,” and the second season of the series “House of Cards.” Mel Gibson and Judie Foster played the main characters in “The Beaver.”

In 2013, Foster received the Golden Globe Cecil B. DeMille Award. It was the perfect timing since her sci-fi work “Elysium” was severely criticized for the first time.

In 2016, Jodie Foster’s directing talent manifested itself in the new project “Money Monster.”

Hollywood considered the actress an intellectual person. Male colleagues were a little afraid of her and did not dare have love affairs with her. After the movie “Maverick” came out, people said that Foster and Mel Gibson were dating. The actor refuted the rumors and claimed he could not communicate with the partner who could easily knock him down – at that period, Jodie was succeeding in boxing.

The rumors about the star’s homosexuality proved to be true. Jodie Foster’s personal life became the top news in the late 1990s-early 2000s. The actress has two children, Charles and Christopher; their father is unknown. The boys are said to have been born thanks to IVF, and their father is presumably Jodie’s close friend Randy Stone who later became the kids’ godfather. Some people name Gibson as the father.

According to some information, it was Randy Stone, the gay rights activist, who persuaded Foster to go out of the closet. In 2007, the star announced that she had been living with her partner Cydney Bernard. However, the couple split up several months later.

In the course of time, Foster had a new lover, Cynthia Mort. This short affair was followed by the equally short relationship with the singer Sophie B. Hawkins.

In 2013 winter, Jodie Foster officially announced she was gay at The Golden Globe Awards ceremony. Next year in spring, she married the actress and photographer Alexandra Hedison.

Filmography (as an actress)

Filmography (as a movie director) 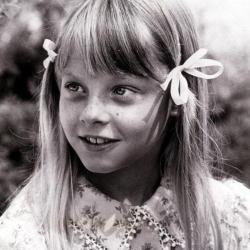