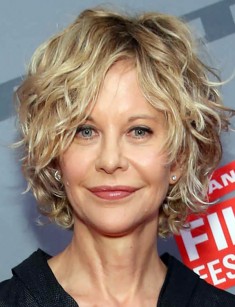 Meg Ryan in the picture Armed and DangerousMeg Ryan is an actress who is well known to the public. The Russian-speaking audience fell in love with the star after her roles in the movies City of Angels, Kate & Leopold, and many others. And the recognizable image of the romantic blonde didn’t leave indifferent either men or women. However, few people know that the creative biography of Meg Ryan is more considerable than just a couple of high-grossing movies.

The star was born on the 19th of November of 1961 in Fairfield situated in Connecticut. The real Meg’s name is Margaret Mary Emily Anne Hyra, and her creative pseudonym is an anagram on the word Germany. When Meg was fifteen, her mother left the family and her four children. The father of the future actress worked as a Maths teacher.

Meg didn't have any difficulties with her school studies. In 1979 when she graduated from the school, Meg entered the university and chose the specialty of the journalist. Here she has studied for two years and moved to the town of her dreams – to New York. Here the girl had to work partly to earn her living. She took part in the shootings of the commercials so that she could pay for her studies. In such a way, Meg began her acting career and soon was noticed by the directors.

The girl received her first role in 1981. This was the drama Rich and Famous. Meg performed the role of the daughter of the leading character. After a while, Meg Ryan received the invitation to play the secondary roles in the movies

As the World Turns and Amityville 3-D. The actress has become popular due to the part of the wife of the second pilot which performed by Anthony Edwards, in the fighter Top Gun.

The actress received her following role in the comedy Armed and Dangerous which brought to the actress the attention of the eminent directors and producers, and appreciation of the audience. In this picture, Meg performed the role of the beautiful sheriff who observes law and order.

In 1988 Meg Ryan performed the key character in the movie D.O.A. The leading character of this movie performed by Dennis Quaid - is a professor who received the lethal dose of poison. The man needs to find the antidote for 24 hours, but most of all the professor is obsessed with the revenge. He involves the character of Meg Ryan into his plan . The plot of this movie made the admirers worry enough watching the peripetias of the movie action.

The same year there was released the movie The Presidio. This thriller with the participation of Mark Harmon and Sean Connery in the main roles narrates tells about two men who feel hostility to each other but appear to be connected with one aim – the investigation of the violent murder. And only their joint efforts can help the characters to survive.

Meg Ryan got her next role in the less tense movie: the actress performed the beautiful young woman Sally in the comedy When Harry Met Sally... This is a simple and known to every one story about the friendship between the young man and the girl which transforms into love. This movie has brought true popularity to Meg. The question which was aroused in the movie still concerns many men and women: "Is it possible to be friends with the persons of the opposite sex, without getting behind the friendship line?".

A year later Meg worked on the movie set together with Tom Hanks. It was the movie Joe Versus the Volcano. In 1992 Meg again became the character of the comedy. The picture Prelude to a Kiss is a story of newlyweds. During the solemn ceremony, some aged man paternally kissed the beautiful bride. Her husband didn't notice anything special. However, in a short time, he understood: his beloved was substituted, and the old man lodged in the body of the young lady. Alec Baldwin received the leading role in this movie.

During the shootings of the touching comedy Sleepless in Seattle Meg Ryan and Tom Hanks again met on the movie set. It’s noteworthy that their characters appear in one shot for a couple of moments during the movie. The picture tells the story about the woman who responded to the voice of the lost child whom she heard on the radio. However soon she became aware of the fact that the child’s son is the only man whom she needs. The situation is complicated with the fact that the girl is already engaged.

The thriller Flesh and Bone which was released in 1993 made the audience hold their breath one more time. This picture tells a story about the young man who in childhood became the witness of the violent murder of the whole family. Only one little girl managed to survive as she was sleeping in the cradle. The destiny will bring the characters of that chilling night together thirty years later.

A year later admirers were delighted by the acting of Meg Ryan in the movie When a Man Loves a Woman, and in 1995 the actress appeared in the picture French Kiss. This is an adventurous comedy about the girl who has overcome her fear of the flights and set off to France to return her beloved man who allegedly has another woman. However, the girl doesn't even suspect what will happen in the future. Kevin Kline, Timothy Hutton and I incomparable Jean Reno became Meg's partners in the movie.

The cult movie under the title City of Angels which came out in 1998 again showed the audience the world of love and sensual emotions. However, this time the film didn't tell about the feelings of a man and a woman but about the love of the supreme being to the mortal beauty. Nicolas Cage became Meg Ryan's partner in this picture. The same year there came out the film You've Got Mail which, unfortunately, didn't have popularity either at Meg's admirers or movie critics.

Next ten years in Meg Ryan's filmography were marked by mainly leading roles. It’s worth noting such movies as a fighter Proof of Life (with the participation of Russell Crowe), My Mom's New Boyfriend (with Antonio Banderas) and also the fantastic comedy Kate & Leopold in which the charming Hugh Jackman played together with the actress. Moreover, the actress took part in the movies Land of Women and Against the Ropes.

In her personal life, Meg Ryan had many dramas and famous names, as well as in her career. The actor Anthony Edwards became the first beloved man of the bright blonde-haired girl. It was him who persuaded Meg to try herself at the actors’ audition.

In a short time the couple broke up, and Meg Ryan became interested in Dennis Quaid, the actress’s partner in the picture D.O.A. In 1991 Meg and Dennis got married and proved that with the real everything was possible: the matter was that Quaid had alcohol and drug addiction through his love to the blond beauty helped hi, to give up his bad and harmful addictions. In 1992 Meg gave birth to their son Jack Henry.

This family seemed to be exemplary both to the fans, and the reporters of different society columns. Though, unfortunately, after ten years of their joint life, the couple decided to separate. They broke because of the banal jealousy: Dennis Quaid learned about the flirt of his wife with Russell Crowe and filed for the divorce as he couldn’t forgive Meg such an offense.

However, even with Russell Crowe the actress didn’t manage to have successful relations: their relationship has lasted for half a year only, and after this, the celebrities announced their decision to stay friends. In 206 the actress adopted the girl from China in such a way she has shown her true kindness. A couple of years later in 2011, the fans were again delighted with their favorite’s news. She announced her relationship with the charismatic rock musician John Mellencamp.

In 2015 the picture Ithaca with the participation of Meg Ryan was released. This movie tells the story of the teenager who has to work partly as a postman. However, the people who receive the letters aren’t pleased with them at all. By hearsay, at present, in 2017 Meg Ryan is working on the shootings of the new movie. Though her fans are much more interested in the appearance of the famous blonde than in her creative plans as her appearance has changed greatly.

Meg Ryan's photos "before and after" appeared all over the web. In 2015 and 2016 in the press there began to appear the information about unsuccessful plastic surgery of low-quality "beauty injections." Really, on some pictures, the actress doesn’t look well despite her ideal hairstyle and gorgeous outfits.

It's not known for sure whether Meg Ryan has had face lifting, as the actress refuses to comment on her appearance, saying that it is dull.

"There are more important conversations than those about women’s appearance and aging. We got stuck, when we discuss the appearance of the person – the hair color, the grown roots... It’s interesting and amusing, but no more than during five minutes", - Meg said in one of the interviews.

Anyway, the changes in the actress’s appearance will never influence her talent and skills for which her admirers and movie lovers appreciate her. 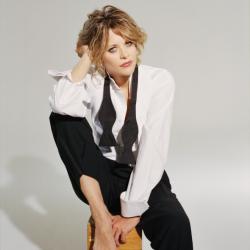