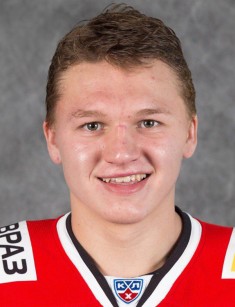 Just like several thousand years ago, today, sport is not only an entertainment but also an opportunity for sportsmen to show their character and check out their personal limits in order to have them overcome. It is clear in tough kinds of sport, for example, hockey. Since childhood, Russian people remember the song in which it is said that a weak-willed individual will not play this game. The young forward Kirill Kaprizov is not such a person, and his biography confirms it.

The would-be hockey player was born in the oldest town of Kemerovo region – Novokuznetsk – on April 26, 1997. He spent his early childhood in the village not far from the town. Soon, the parents noticed the child was hyperactive and fidgety.

Having discussed this problem with his wife, Oleg Sergeyevich, Kirill’s father, decided to take his both sons to the town to the ice rink – he wanted to show the children hockey that he was fond of in his childhood. The eldest son Anton was not happy about this idea while the youngest appreciated it and fell in love with this sport once and for all. The next four years, from 2001 to 2005, the father had to drive Kirill to practice in the town and after that take him back home. However, it was worth it.

The boy’s first coach Andrey Luchanski saw his potential at once. He used an enhanced program to train him and develop his skills in all game positions except for the goaltender which later brought much good. Kaprizov speaks about his first coach warmly, with a grateful remembrance since he not only made him a top sportsman but played an important role in his upbringing.

Kirill had his first matches as a member of the team “Kuznetsk Bears” where he showed good results for his level. After that, in 2013, Kaprizov went to the Novokuznetsk club “Metallurg.” Since 2014 to 2016, the hockey player was in “Kuznetsk Bears” in Junior Hockey League championships and in “Metallurg Novokuznetsk” in Kontinental Hockey League championships. In 2015, Kirill also played in the American club “Minnesota Wild.”

At this period, he debuted as a player of Russian National Ice Hockey Team where another “Metallurg” player Zakhar Arzamastsev played. To include Kirill in the national team, another player Mikhail Naumenkov had to have his accreditation withdrawn. In 2016, the club “Salavat Yulaev” bought Kaprizov for 80 million rubles – it is the most expensive transfer in the history of “Metallurg.”

In a year, Kirill made a new contract with CSKA until the end of April 2020. This decision upset the fans of “Salavat Yulaev,” and Kirill’s fans had various reactions. 2016 was marked with another event – the city mayor awarded the 19-year-old forward with the badge of honor “For the Service to Novokuznetsk.”

Kaprizov began as a defenseman, but with Luchanski’s help he became a good forward – now he also plays in this position. Kirill is left-handed; his height and weight (178cm and 87kg) give him the opportunity to be steady on ice and maneuver if necessary. Due to these metrics and his ability to pass and handle scoring moments independently, he is a technical hockey player.

Kaprizov is generally recognized as the most talented Russian player born in 1997. His statistics can confirm it – his participation in two matches of the Kontinental Hockey League All-Star Game (2016, 2017) alone speak loudly. He became a regular member of KHL thanks to Gherman Titov. However, his game became truly strong with another coach, Nikolai Solovyov, who personally organized the trio of Kaprizov, Kazakov, and Stoa that met all the challenges.

There are a few facts known about Kirill Kaprizov’s family: it consists of the father Oleg Sergeyevich, the mother Natalya Viktorovna, and the brother Anton. They can all be seen in his photos uploaded on his Instagram page and albums in Vkontakte. There is almost no information about the hockey player’s girlfriend – during the interviews, Kaprizov avoided the questions about his personal relationship.

According to the fragmented information that Kaprizov himself published in Ask.fm, he has been acquainted with his girlfriend for a long time, and the couple has serious plans: his girlfriend moved to Moscow to be close to her lover. However, the girl’s name or face are unknown – just as Kirill’s earnings.

Sports writers were sure that Kaprizov would be the only player who would take part in all matches of the 2017-2018 season. However, it was not to happen – in the match between CSKA and Jugra the Number 97 (in honor of the year he was born) would not play. Because of this, Kirill had a little more free time to spend with his girlfriend or in social networks.

Kaprizov said that he was not using Vkontakte very often; he dropped Twitter in 2016, and now he prefers Instagram and Ask.fm. There is no information about the forward’s hobbies which is not surprising given his activity and occupation with hockey.

Judging by some photos from Kaprizov’s Instagram, it would be logical to assume he loves active rest, for example, riding his quadricycle cross-country and swimming. On June 18, 2017, he became the godfather in the village Kuzedeyevo.

The National Team of Russia became the champion of the Olympic Games in 2018 in Pyeongchang. Kirill Kaprizov became the hero of the final game between Russia and Germany. In overtime, the Russians were in the majority, and it was Kaprizov who scored at the critical moment. 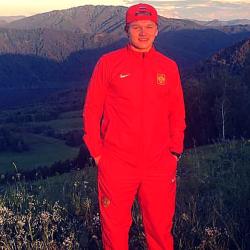