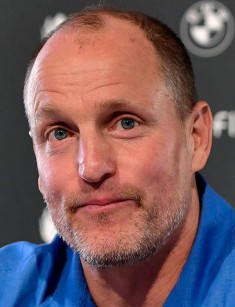 American actor and producer Woodrow Tracy Harrelson played in more than 80 movies and TV serials of all genres. But drama, comedy and criminal thrillers for the Emmy Award winner, double Oscar nominee, and four-time Golden Globes nominee are a native element. If we know the biography of the artist, the reason becomes clear.

Woody Harrelson was born in the Texas town of Midland in the summer of 1961. Woody was the second child in the family. His parents Charles Harrelson and Diane Lou Oswald divorced after the birth of the third son. The future actor was three years old at that time. Diane brought up children alone, but Woody is grateful to her that she never said any bad word about his father.

When he was 11 years old, Woody Harrelson heard on the radio about the trial of a man who was a namesake of his father. Charles Harrelson was put on trial for the murder of a district judge. During the investigation, they determined that Charles was a contract killer. Previously, the man served a sentence for a similar crime. This time, Charles received two life sentences.

The mother did not tell her sons the truth, they find out about the father from the press. 11-year-old teenager Woody Harrelson had a serious moral injury, which affected his psychology later.

Teachers complained about his aggressive temper, that is why Woody has changed more than one school. He shocked adults with dances on the roadway, planted hemp seeds, races on a taxi.

In the late 1960’s, Woody Harrelson moved with his mother and brothers to Ohio. The guy studied in high school, took interest in woodcarving and worked at Kings Island amusement park as a call boy and odd man, giving the mother his earnings.

After graduating from school, the young man entered the Hanover College in Indiana, where he studied English and Theology. There he was carried away by the art of the theatre and he went to the stage for the first time. Soon Woody Harrelson realized that the theater was his element. The guy was transferred to the acting course and in 1983 he received a Bachelor of Arts in theater and English.

When Woody Harrelson, who performed in the theatre, received an offer to join the team of famous TV sitcom Cheers, he was very surprised, because he previously had no experience of shooting. Nonetheless, the actor was an integral part of the sitcom for 8 seasons until 1993. He contributed to the fact that the sitcom was included on the list of 50 Greatest TV Shows of All Time.

The actor has achieved success in feature films. Woody played athletes in the comedies Wildcats and White men can’t jump, homicidal maniacs in a horror movie Zombieland and the thriller Natural Born killers, musicians in the tragicomedy A Prairie Home Companion and the drama Seven Pounds. He played such characters as cleaners, lady’s men, sharkers, prisoners, radio hosts. The variety of his roles is really impressive.

In 1986, Woody Harrelson appeared in the American comedy of the Farrelly brothers Kingpin. Viewers saw the actor in the image of a passionate bowling player Roy Munson. Woody played with Randy Quaid and Bill Murray. The roles of boxer Vince Boudreau in the sports drama Play It to the Bone and the bounty hunter Carson Wells in the thriller No Country for Old Men became popular with actor’s fans.

The screen version of Suzanne Collins’ book The Hunger Games is popular with the youth. Harrelson played the role of the mentor and drunkard Haymitch Abernathy there.

In May 2013, the premiere of the detective thriller Now You See Me of French director Louis Leterrier was held in America. In Russia, an action film about illusionists was shown in June 2013. Jesse Eisenberg, Mark Ruffalo, and Woody Harrelson played the main roles in the thriller. The box office exceeded $ 343 million with the initial budget of $ 75 million.

The first season of the neo-noir thriller True Detective took a separate place in Woody Harrelson’s creative biography. Woody's partner on the shooting was Matthew McConaughey. They were the perfect pair of detectives. Alexandra Daddario played the bright role of Lisa Tragnetti in the first season of the crime series.

In 2016, Woody Harrelson played in George Clooney's movie Suburbicon. In the same year, the premiere of western The Duel, showing in the best traditions of the genre, tool place. Western shows the customs and orders of the Wild West. The brilliant acting of Harrelson and debuting in Westerns Liam Hemsworth enchanted viewers and film critics.

Woody Harrelson is an active member of society and he does not avoid openly and formally expressing his own opinion. The actor is known as a supporter of the legalization of marijuana and hemp, he promulgates veganism. Harrelson does not eat animal source foods and calls for the renouncement of the use of fur, leather and other materials which requires the killing of animals. Woody is included on the list of top 20 famous vegetarians and in 2011 he became a model for a postage stamp.

The actor has often taken part in various festivals and protests as an environmental activist. He played football for the Rest of the World team to draw attention to the UN Children’s Fund and even scored the decisive goal at the Old Trafford stadium in Manchester.

Harrelson has as anarchic political views. The celebrity does not support any political parties, but he is an adherent of the Truth about 9/11 movement, which insists on an investigation of the tragic events of September 11, 2001. He posts comments and photos on Instagram about his opinion of political events in the country and the whole world.

Woody Harrelson is not very handsome, but he is a charming and charismatic man. His height is 178 centimeters, the zodiac sign is Leo. Harrelson was officially married twice. In 1985, the actor quickly married Nancy Simon, daughter of American playwright Neil Simon.

The young couple planned to file for divorce the following day, but in accordance with local laws, they could divorce only 10 months later. After the divorce, Woody had short affairs with partners on the set. He dated with Juliette Lewis and Glenn Close, but he did not marry any of them.

In 1987, the actor fell in love with his assistant, Laura Louie. They lived in a civil marriage and gave birth to three daughters Deni Montana, Zoe Giordano and Makani Ravello.

Two years after the birth of the youngest Makani, Woody and Laura married on the day of the Catholic Christmas in 2008. Harrelson adores his daughters, calling them three goddesses. The family lives in a villa in Hawaii.

Woody Harrelson supports the Burberry fashion brand, wears jeans, he does not like to get up early in the morning and respects people who think nontrivially. The star is impressed by the Apple slogan "Think different".

In July 2017 there was the premiere of the science fiction film War for the Planet of the Apes by Matt Reeves in the US and Russia. The movie was warmly received by spectators and film critics. The film has an approval rating of 93% on the site Rotten Tomatoes, and it was given the status of "universal acclaim" on Metacritic. Harrelson played Colonel McCollough.

Two more premieres of 2017 are the drama Three Billboards Outside Ebbing, Missouri and the melodrama The Glass Castle. The release of the space opera Untitled Han Solo Star Wars directed by Ron Howard is planned in 2018. Woody Harrelson got the role of the criminal and mentor of the main character Beckett in the film. 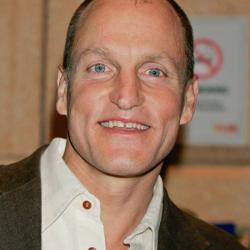