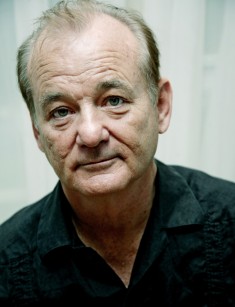 Bill Murray is the legend of the international cinematography. Dozens of characters and wonderful movies made Murray one of the greatest Hollywood stars.

William (Bill) James Murray was born in Illinois in September 1950. He spent his childhood and youth in Wilmette. The family was large but not wealthy. Bill was the fifth child among nine kids. Later, the four boys including William became popular actors.

When Murray was a kid and a young man, one could hardly expect him to become a success: he was a slob, and his academic results left much to be desired. The theater club was the only thing that took the teenager’s interest. Later, Bill joked that he visited classes because there were many pretty girls there. However, he also learned the basics of acting.

When the young man graduated from school, he followed his parents’ desire and entered a medical college. He did not stay there for a long time. Bill not only played truant but also smoked marihuana. One day, he went to an airport; a security officer asked him what was in his suitcase, and Bill told him: “A bomb.” No explosives were found. However, Murray had forgotten he had some marihuana; it was found during the search.

After that incident, Murray was expelled from the college and came back home.

Bill entered the world of cinematography by accident. His elder brother, Brian, was a member of the acting studio Second City. He saw his younger brother do nothing and suggested he should go to the auditions. To everybody’s surprise, the young man passed the auditions brilliantly and was accepted to a prestigious university.

This is when Bill Murray’s acting career began. The young man did not start behaving more seriously: he continued to make jokes and play truant. However, a famous producer noticed his carelessness and offered Murray to become a co-presenter in a new musical and comedy show. The project turned out to be high-rating, and its presenters found themselves famous soon.

The charismatic comedian had the doors to Hollywood open. He received several invitations from famous directors. The audience saw Murray in Caddyshack, Loose Shoes, Where the Buffalo Roam, and Stripes. The top-grossing movie Tootsie was marked with the first significant success, even though Bill’s role was secondary. Dustin Hoffman played the main character.

The actor enjoyed the immense fame after the iconic movie Ghostbusters (1984). The young artist turned into a Hollywood star momentarily.

The next years were marked with several not so interesting projects. However, the sequel of Ghostbusters and the movie Scrooged returned the past love of the audience and the high position in cinematography.

In 1990, Murray tried himself as a producer and director for the first and, by now, the last time: he worked on the comedy Quick Change where he also played Grimm. Together with his friends, Phyllis (Geena Davis) and Loomis (Randy Quaid), he robs the mafia. The young people are lucky: the police did not catch them. However, the company fails because of a phone call that gave the opportunity to identify them.

Thanks to the movie bestseller Groundhog Day where the actor played the main character, Bill Murray strengthened his positions in Hollywood. The story about the day that repeats itself takes a special place in the actor’s filmography. Andie MacDowell, the sex symbol of the 1990s, was Bill’s stage partner; Harold Ramis directed the movie. Groundhog Day was included in the National Film Registry in the USA. With all that, the box office was only $70 million.

At the same time, the comedy What About Bob? and the tragicomedy Ed Wood came out. The comedy Larger Than Life brought an exciting experience: the actor played an intellectual Jack who inherits an elephant, Vera.

The same year, the artist participated in the drama Rushmore. In 2000, Bill joined the cast of Charlie’s Angels starring Cameron Diaz, Drew Barrymore, and Lucy Liu.

In the middle of the 2000s, there was a decline in the actor’s career. The movie Lost in Translation by the famous Hollywood director Sofia Coppola was the only pleasant exception. Bill played a lyric, touching character different from the comic roles loved by the audience. The actor won the Golden Globe and BAFTA for this project; critics called Lost in Translation the best movie in 2003.

The actor gladly took voice roles. The main character of the animated movie Garfield had the man’s voice. In 2009, Murray voiced Badger in Fantastic Mr. Fox. The top stars worked on this project: George Clooney, Meryl Streep, and Jason Schwartzman. As the contract with Disney Studio implied, the actor also voiced Baloo in the animated movie The Jungle Book.

The charming Hollywood comedian and heartbreaker has been married twice.

In 1980, Bill Murray married Margaret Kelly; they spent together 14 years and had two sons. Neither the kids nor the joint household helped save this marriage.

A costume designer Jennifer Butler became Murray’s second wife; they met during a movie shooting. Four children were born in this marriage. Still, in 2008, the couple broke up. The ex-wife emphasized at the court her husband was cheating on her frequently, and he was also addicted to alcohol and drugs.

The man is not fond of posting numerous photos on social networks. However, there is a fan Instagram account related to Murray’s work.

In 2016, the long-awaited move Ghostbusters came out. Bill got the role of Dr. Martin Heiss. The new version of the fantastic movie was less popular than the first part of the franchise, yet the box office reached $229 million.

The actor also appeared in the comedy detective Angie Tribeca and the comedy Vice Principals; although his roles were secondary, his acting was expressive. The voice roles in Isle of Dogs and B.O.O.: Bureau of Otherworldly Operations are among the recent works of the artist. 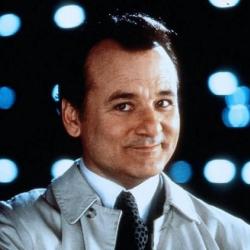